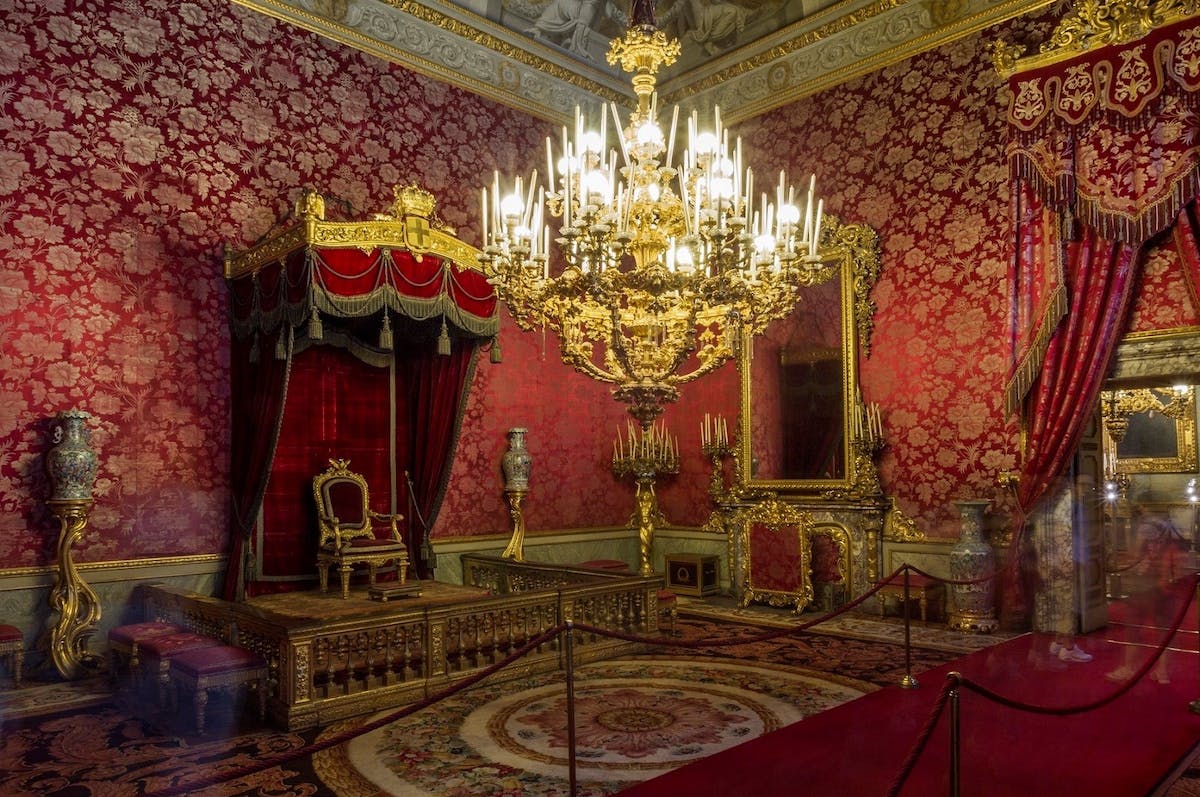 During the Medicean age, when the right wing of the first floor of the palace was occupied by Grand Prince Ferdinand, the throne room was used for official audiences. It was also used to hang some of the paintings from his famous collection. The room today, albeit with some changes, is as it would have been seen in the time of Victor Emanuel II, when Florence was Italy’s capital (1865-1871). This is shown in a well-known fresco by Cesare Maccari, which can be seen in the Palazzo Pubblico in Siena and is dedicated to the Plebiscite of 2 October 1870, which established the annexation of Rome to the Kingdom of Italy and the consequent transfer of the capital from Florence to Rome.

All attention is focused on the throne, under a canopy, a royal setting emphasised by the large mirrors on the walls, to multiply the images of the king, as well as by the sumptuous red silk lampas ensemble. On the ceiling arch are the triumphant decorations by Giuseppe Castagnoli (1754-1832), with monochrome decorations to frame the image of Jupiter enthroned. The room has been further enhanced by a richly inlaid, gilded lamp. The inlaid and gilded console tables are decorated with candelabras and imposing oriental porcelain vases.

Similarly, in the adjacent rooms, the upholstery and coverings were renewed under Leopold II of Habsburg-Lorraine. This is the same period in which the carpet from Tournai was made, as were the figured torch holders, the twin mirrors, the three wall tables, and the stools. The throne area was set out later, for the arrival of the Savoy monarch, and then changed again after 1871, when the balustrade and audience chair were added with the emblem of the Savoys.