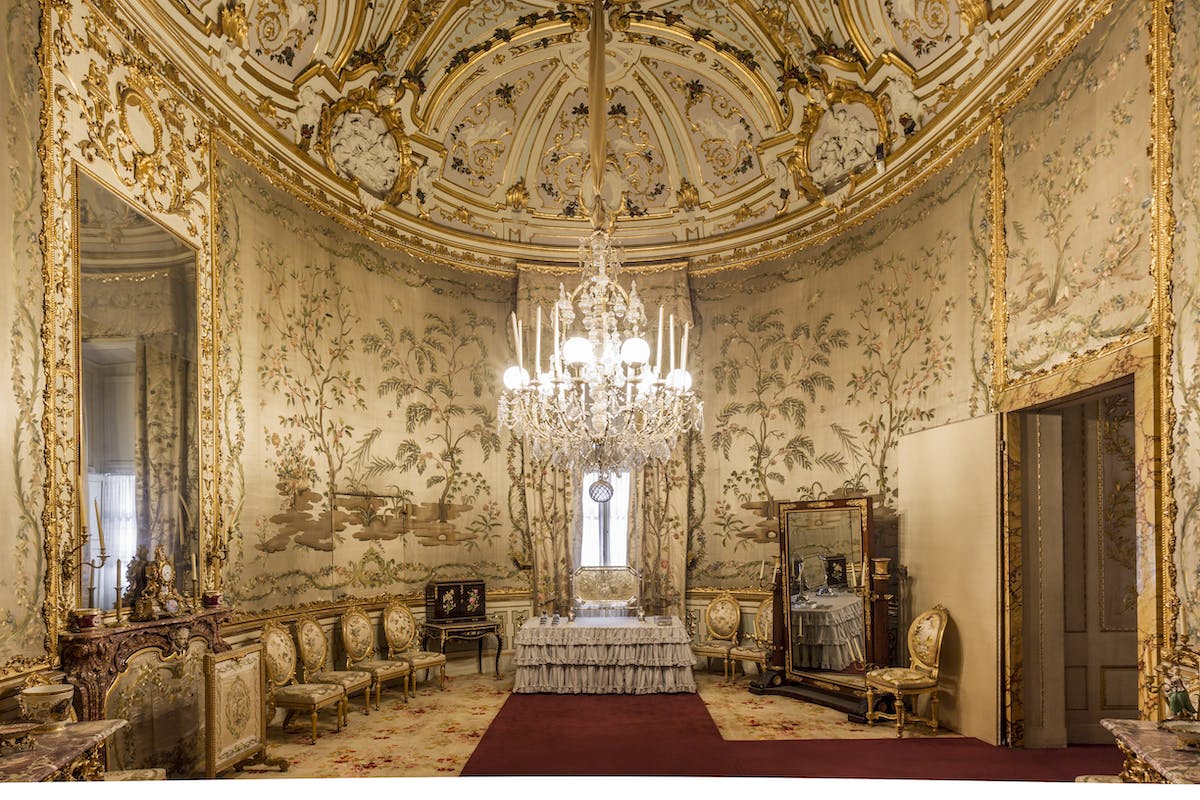 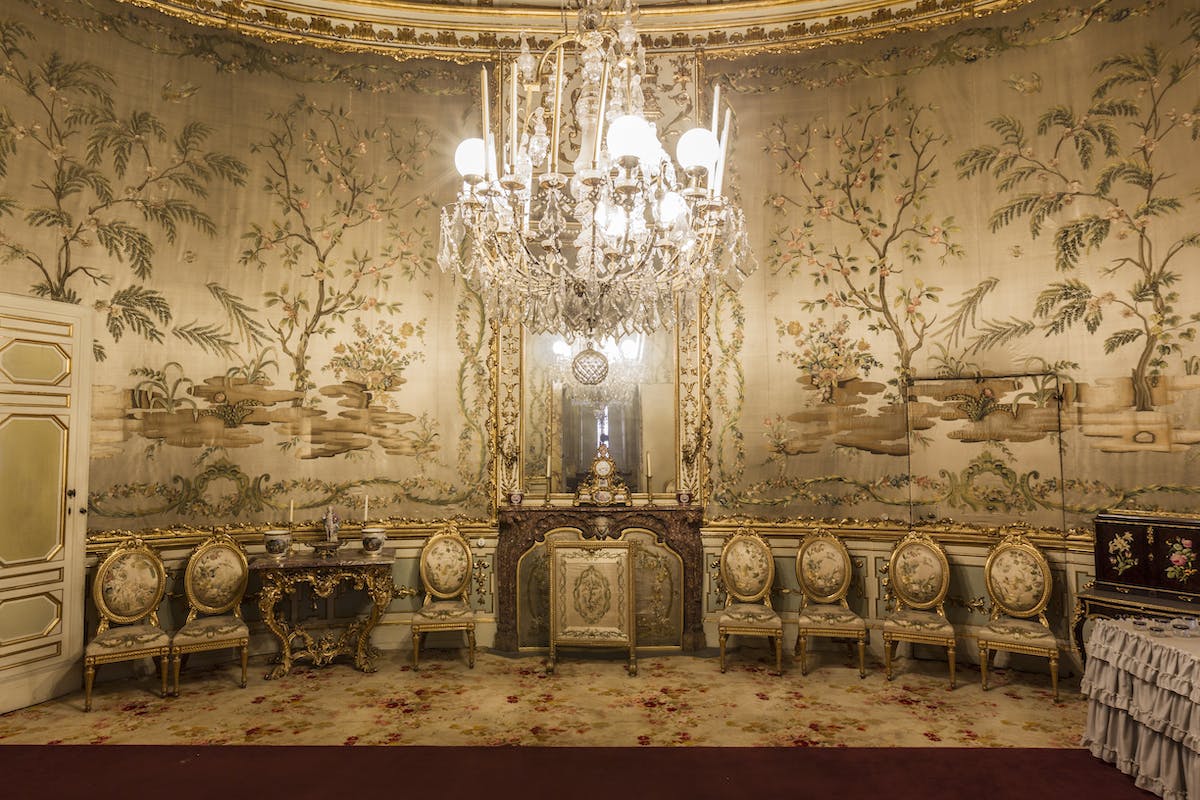 Oval Cabinet in the Royal Apartments

Large-scale architectural works lasting over a decade were carried out on the main floor of the right wing in Pitti Palace, in the period starting from 1760. The aim was to renew the rooms that had been part of the apartments used by Grand Prince Ferdinando and destined for the future Grand Duke, Pietro Leopoldo, and his wife, Marie Louise of Bourbon. The Parade or, as it is better known, Oval Room ends the series of rooms that starting from the Room of the Niches, were set out along the facade. The area was intended to become the private salon of the new Grand Duchess, and the designs and decorations were commissioned from artists from outside Tuscany, a sign of a more open attitude to different artistic experience and in line with the international, enlightened dimension that the Grand Duke intended to give his court.  The oval layout of the room, which is unusual compared to the rest of the Palace, was devised by Ignazio Pellegrini, Veronese architect still sensitive, in architectural terms, to the late Baroque echoes of Francesco Borromini. The whole vault was decorated by Francesco Visetti from Canton Ticino, and by other stucco artists from Lombardy: gold cornices, ultra-white bas-reliefs, and elegant volutes with plant motifs, add a sumptuous, refined elegance to the overall effect, in line with the Rococo taste of the period. The opulent effects peaked in the original silver and gold lamé hangings, embroidered in silk, which were removed around 1790 to make way for the magnificent Chinoiserie silk hangings, still in place today.