HomeEventsExhibitions
Exhibitions | From 07/03/2019 to 26/05/2019
Female Perspectives. Women of Talent and Commitment 1861–1926.
The exhibit on display documents the variety of talents that have made women leading players in history and knowledge in different sectors, stretching from the humblest jobs in the countryside to art, crafts, literature and sciences.

This year the Gallerie degil Uffizi is celebrating International Women's Day with an exhibition devoted to the professional commitment and talent of women in Italy from the late 19th and to the early 20th centuries. The time frame chosen starts and ends with two very specific events: women joining the Fratellanza Artigianale or Artisans' Brotherhood in 1861, and Grazia Deledda winning the Nobel Prize for her novel Canes in the Wind in 1926. These two symbolic dates mark the story of the redemption of women's image and public role in the aftermath of the unification of Italy. Works of art, photographs and objects illustrate the various forms of work performed by women, describing often unacknowledged energies and resources. Peasant women, for example, involved in farm work linked to the cycle of the seasons, had to take care of the animals on the farm, but when resting from the toughest jobs they would keep busy by mending, knitting or weaving straw, as we can see in the many paintings by Silvestro Lega hanging in the gallery.

A different future awaited the women of the bourgeois class, who were educated and who could go into teaching or become artists and even writers. In the latter case, however, they had to restrict their work to subjects considered specifically feminine such as children's books or school textbooks, or to penning articles for magazines for young ladies on the latest fashions, running the household, etiquette, good manners and so forth.

The seeming serenity of the salon, however, often provided cover for revolutionary and patriotic thinking, becoming fertile terrain for lively intellectual debate. In this period Florence was a favourite destination and meeting place for leading members of the female world not only in literature and the arts but also in the sphere of social and political engagement on an international scale. The city hosted women of the calibre of Elizabeth Barrett Browning, Jessie White Mario, Theodosia Garrow Trollope and Margaret Fuller.

The exhibition, produced in conjunction with Advancing Women Artists, pans out in scenographic fashion around a central core of large works, thus allowing its female protagonists to emerge as the true stars of the show. The tour continues in the halls of the Galleria d'Arte Moderna di Palazzo Pitti themselves, which host one of the most magnificent collections of works on women's labour in the fields at the turn of the 19th century, following a visual fil rouge with captions and focuses in addition to a multi-media screening on women in the workplace.

"In the space of just over half a century, the time frame explored in the exhibition, conditions developed for women's social liberation and for a new independence for them, so that they were no longer restricted to the sole role of angel of the hearth. The exhibits tell the story of a time when the question of women came to the fore, when engagement in the workplace, political interests, intellectual life and independence were still a privilege or the result of a struggle" said Gallerie degli Uffizi Director Eike Schmidt. Simonella  Condemi, who curated the exhibition and directs the Galleria d’Arte Moderna di Palazzo Pitti, added: "women had to build their own identity in society and in the workplace while continuing to play a crucial role in the daily life of the family and in the home. We have endeavoured to pay tribute to women's tireless toil by showcasing both the variety of different ways in which it that toil was expressed and women's talent in the fields of art, photography, writing, teaching, politics and many other spheres."

"Florence was a magnet for foreign women artists who sought to carve out 'a room of their own' in the salon and the studio – and, eventually, the academy itself. International female artists are well represented in this exhibition because 'ex-pat women' enjoyed a brand of freedom in Italy that was unknown in their home countries," explained Linda Falcone, director of Advancing Women Artists, a Florence-based US organisation devoted to researching, restoring and displaying art by historic women in Tuscany’s museums and museum storehouses. "In the show, this freedom is represented by works painted by German symbolist Julia Hoffmann Tedesco who emulated her Macchiaiolo husband’s interest in portraying women and their personal sphere, Irish portraitist, poet and palatine for the Italian cause, Louisa Grace Bartolini, Mary Egerton Bracken, an English socialite and painter who frequented the Browning’s entourage at Casa Guidi, and French-born Nabis artist Elisabeth Chaplin, the youngest and most prolific artist represented in the Gallerie degil Uffizi's collection.”

The catalogue is published by Sillabe in two versions, Italian and English. 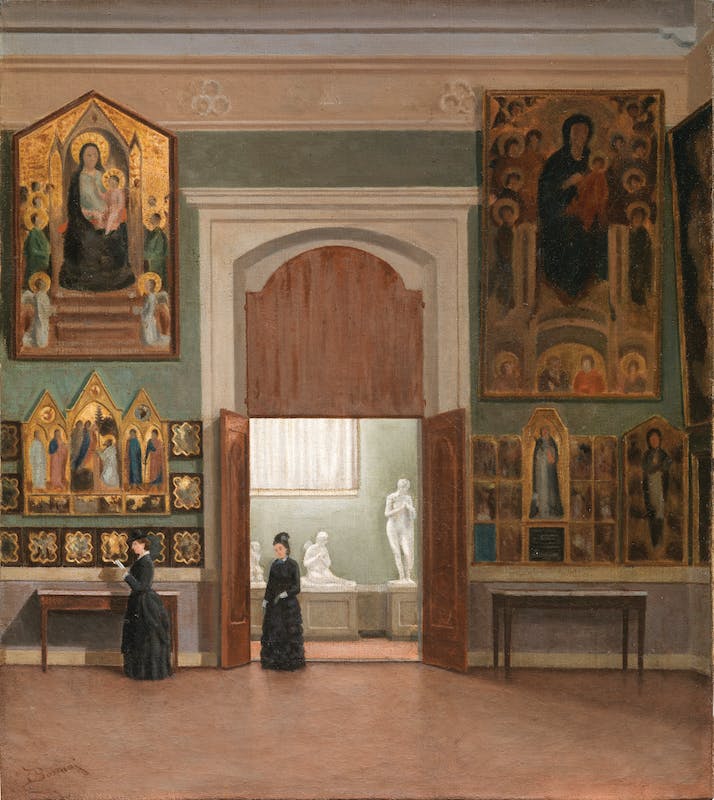 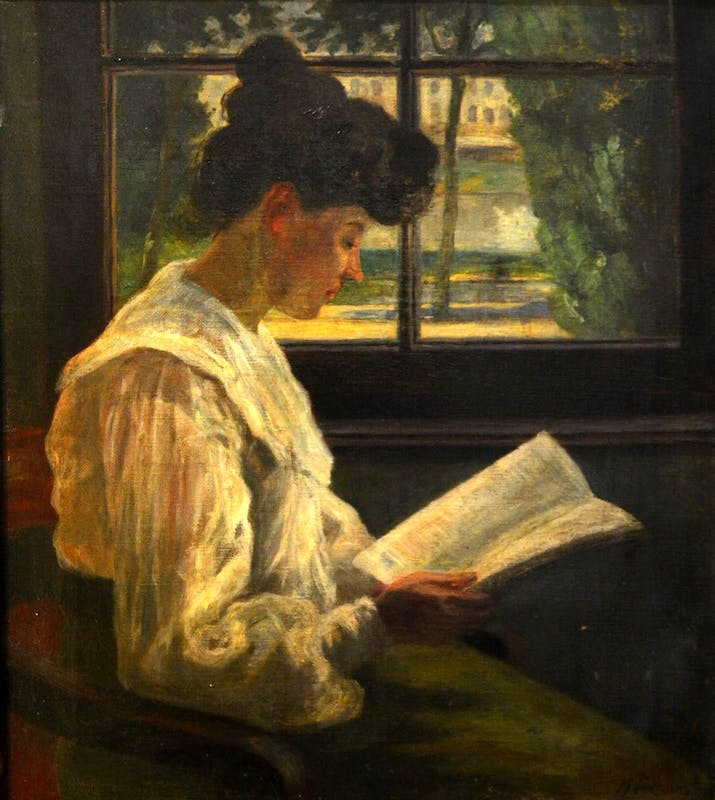 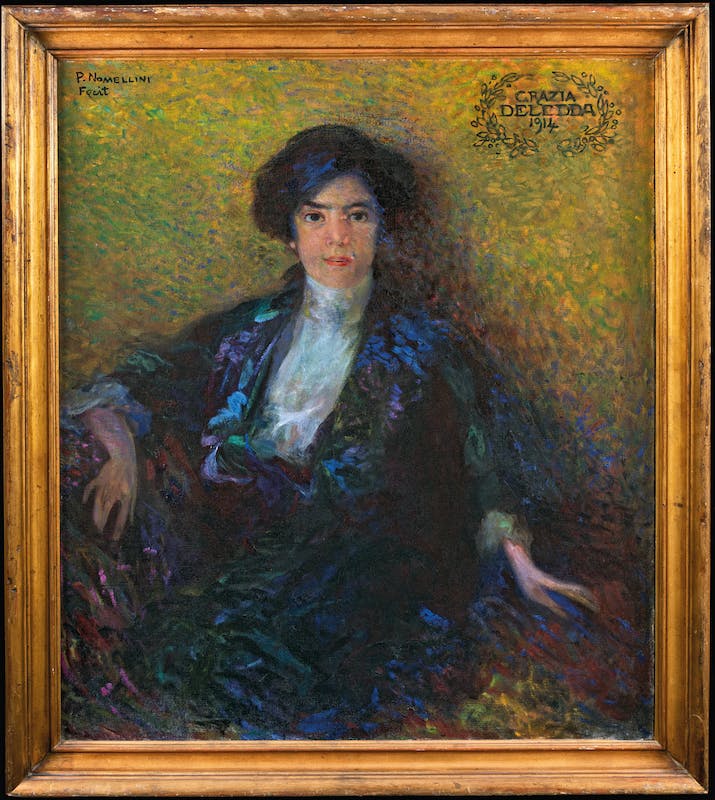 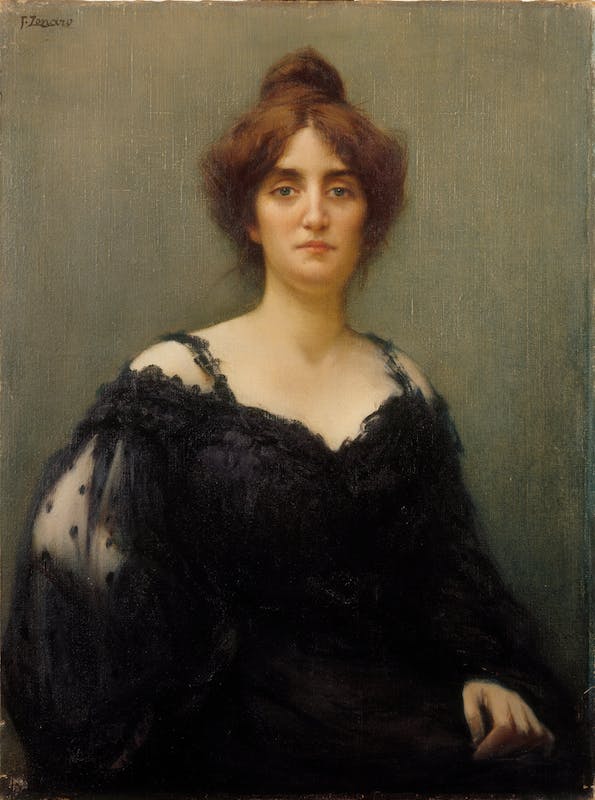 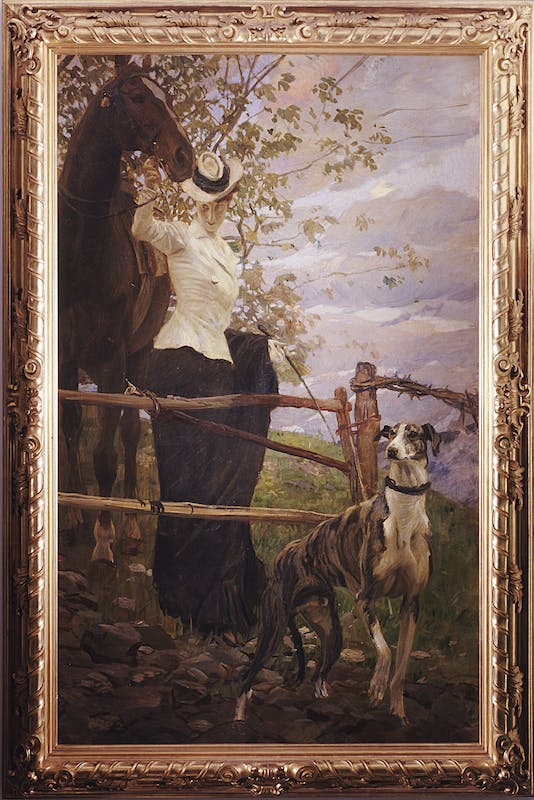 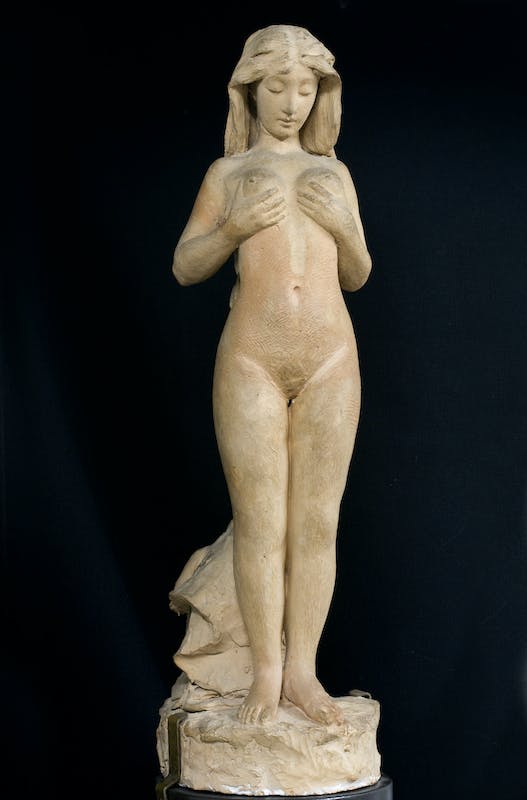 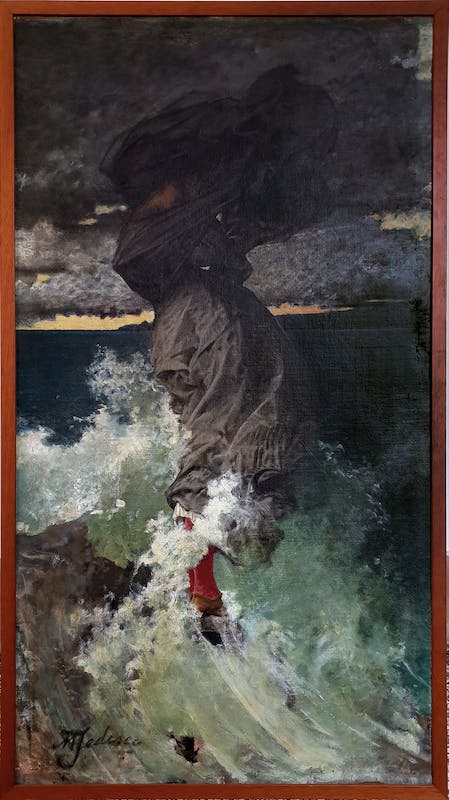 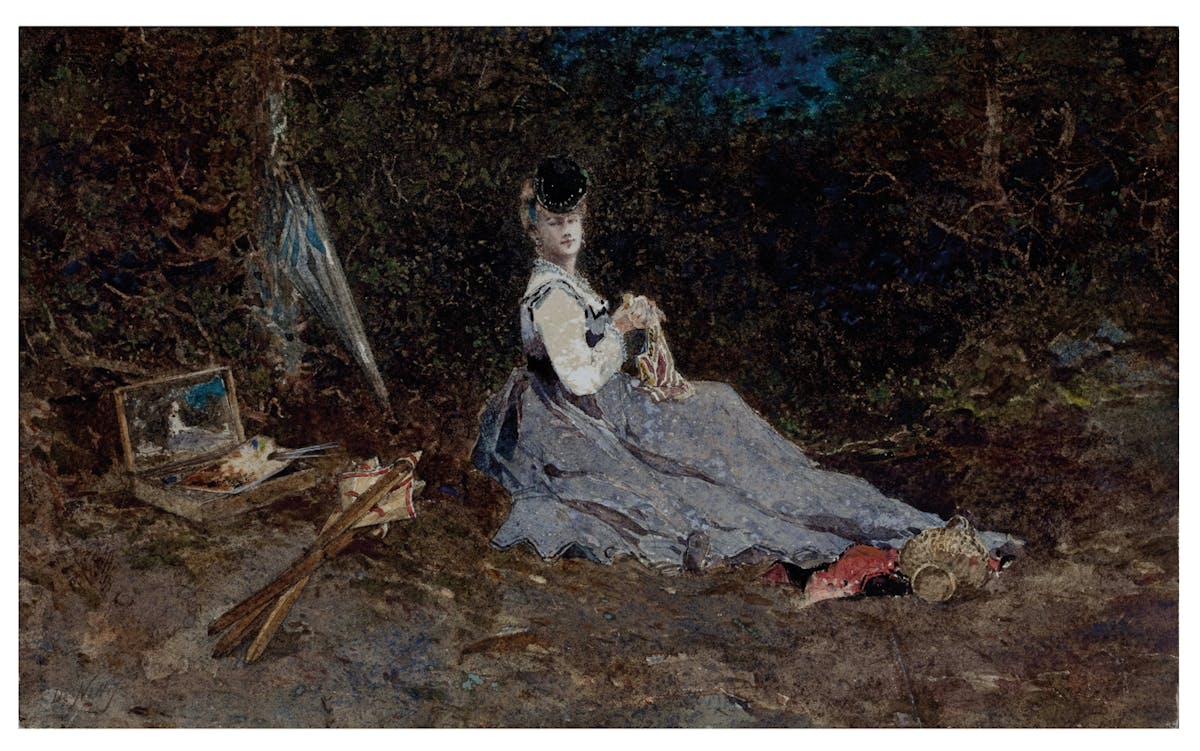 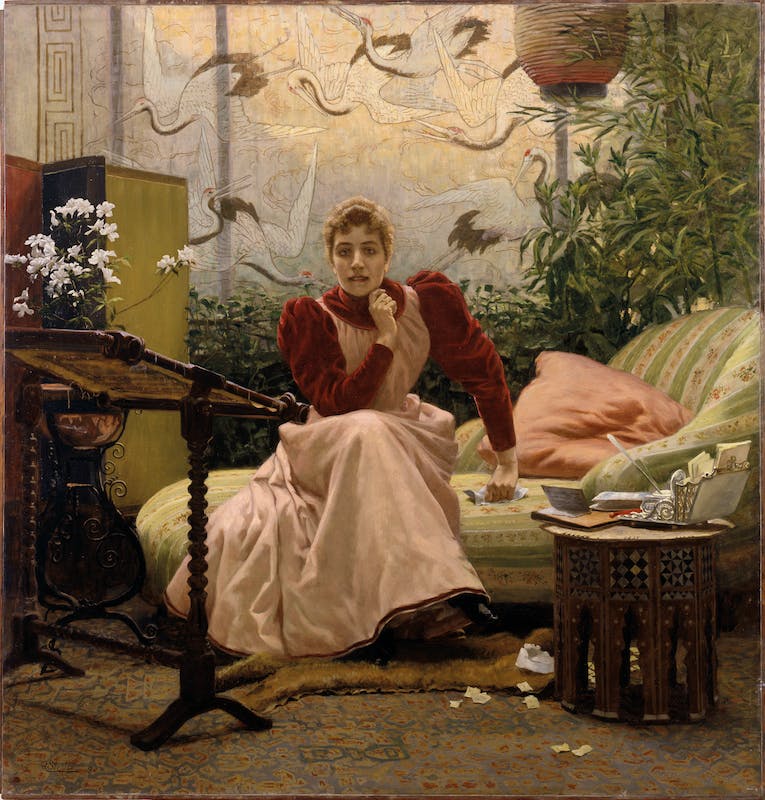 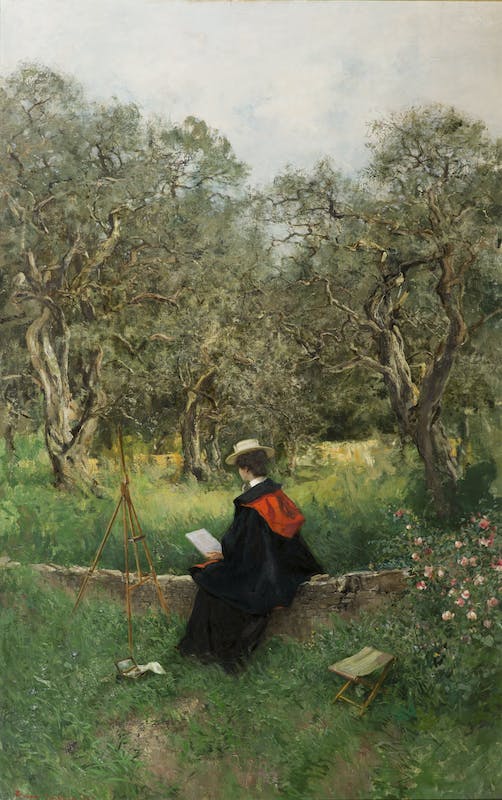 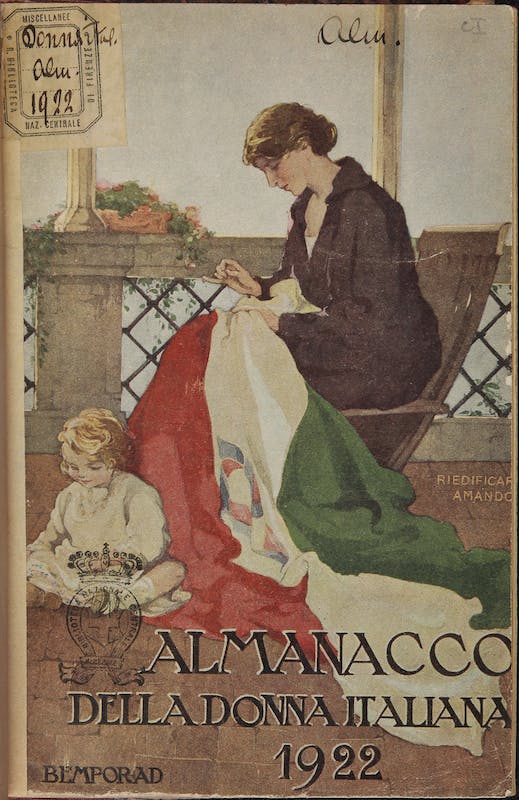 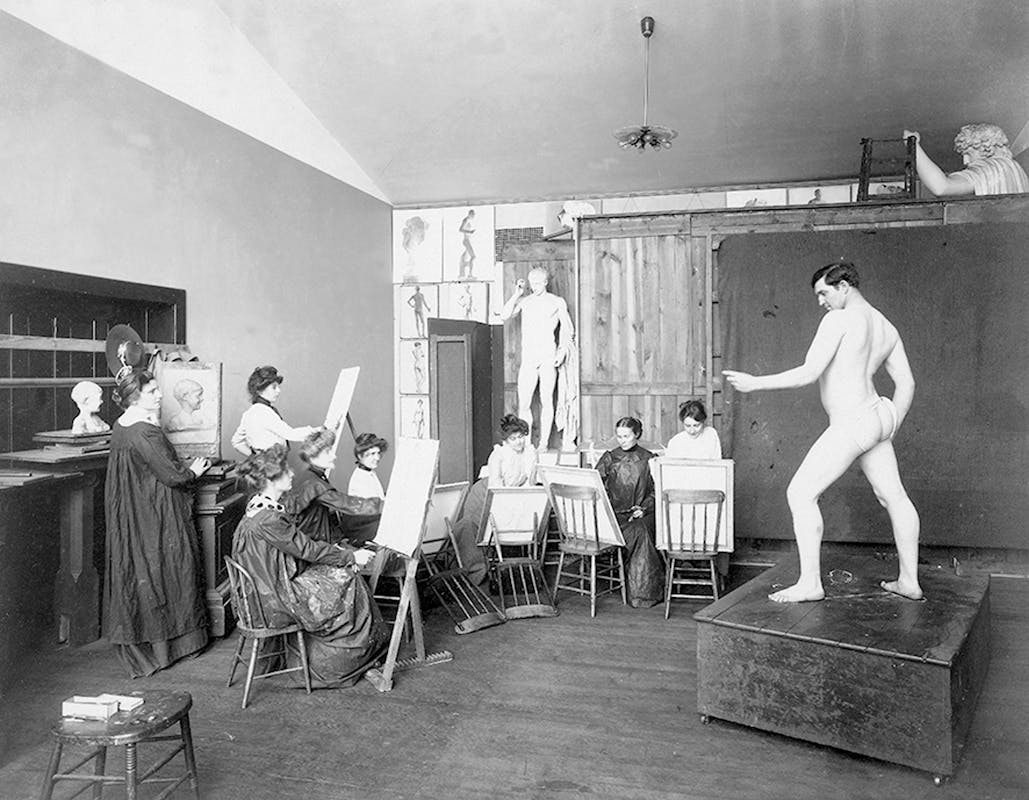 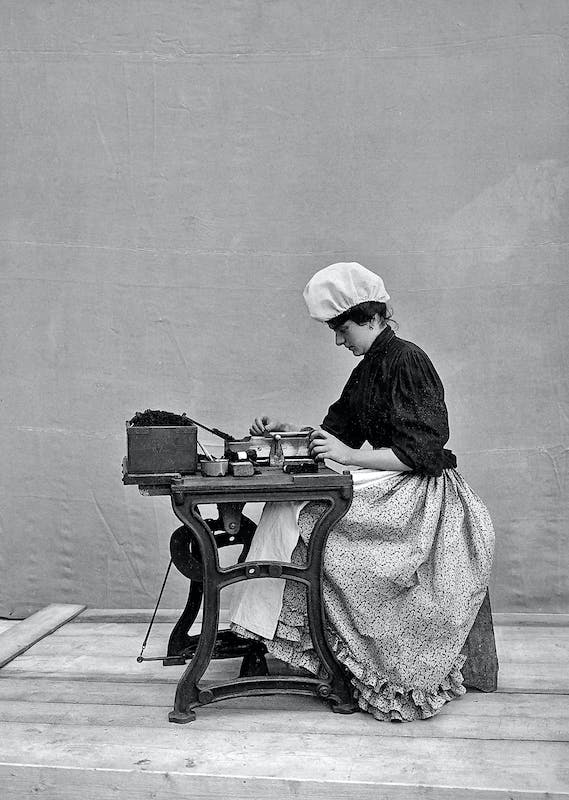 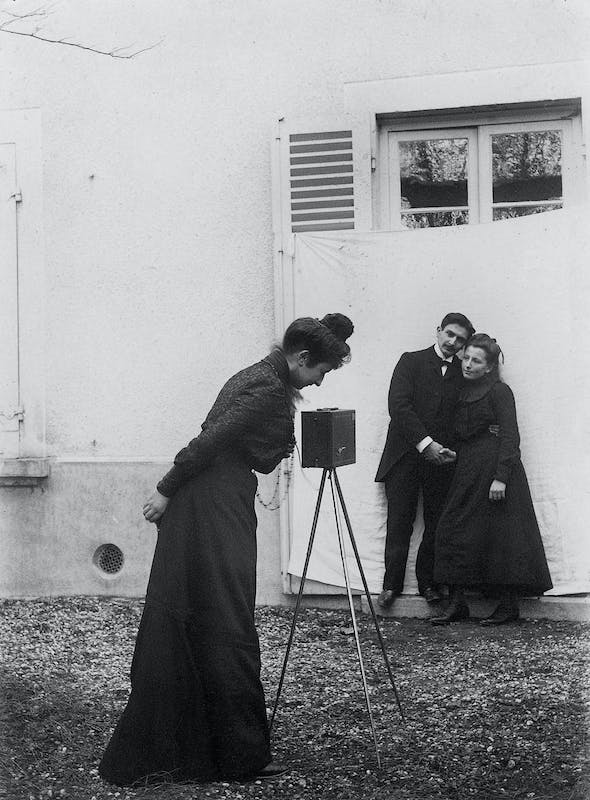 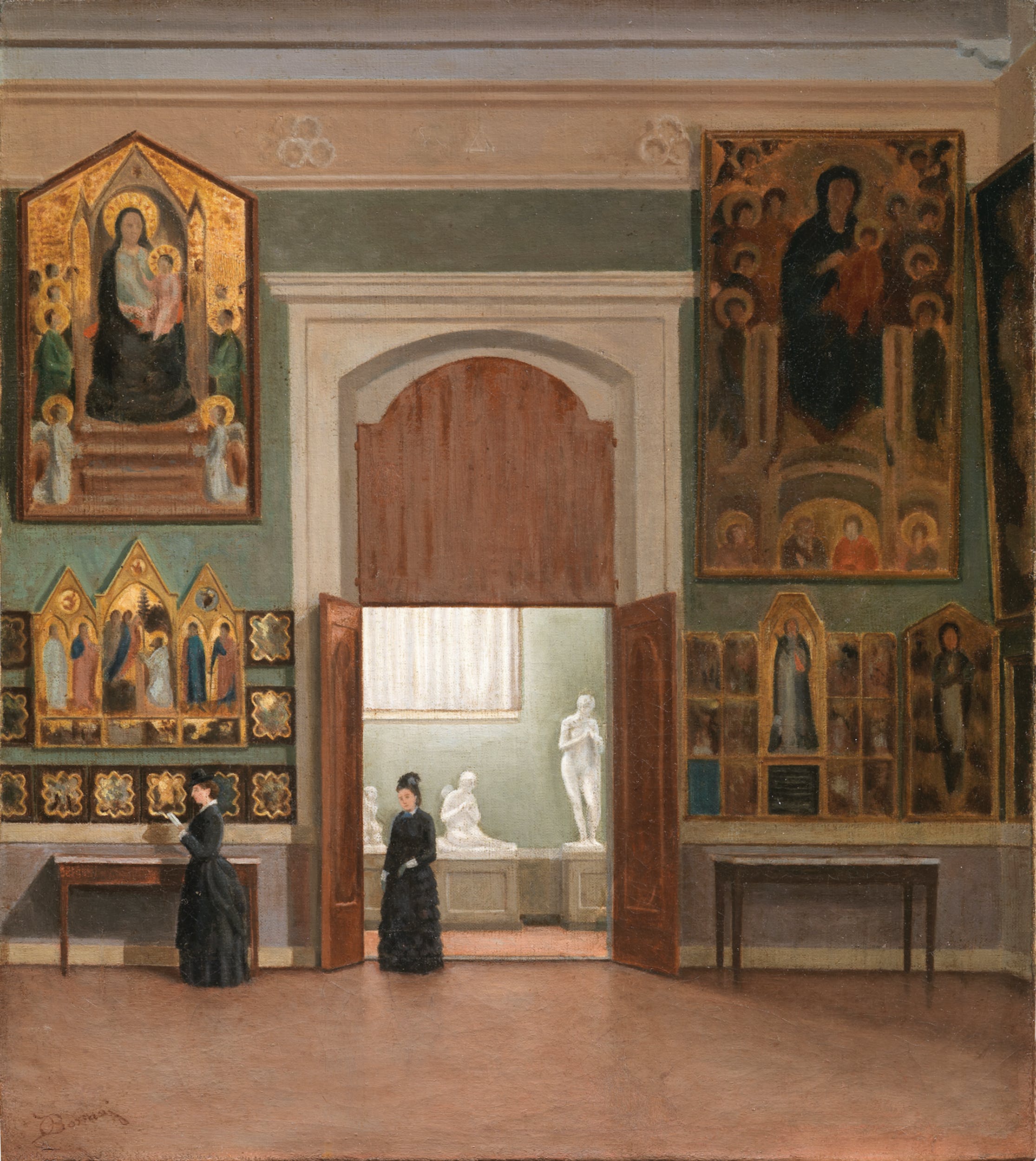 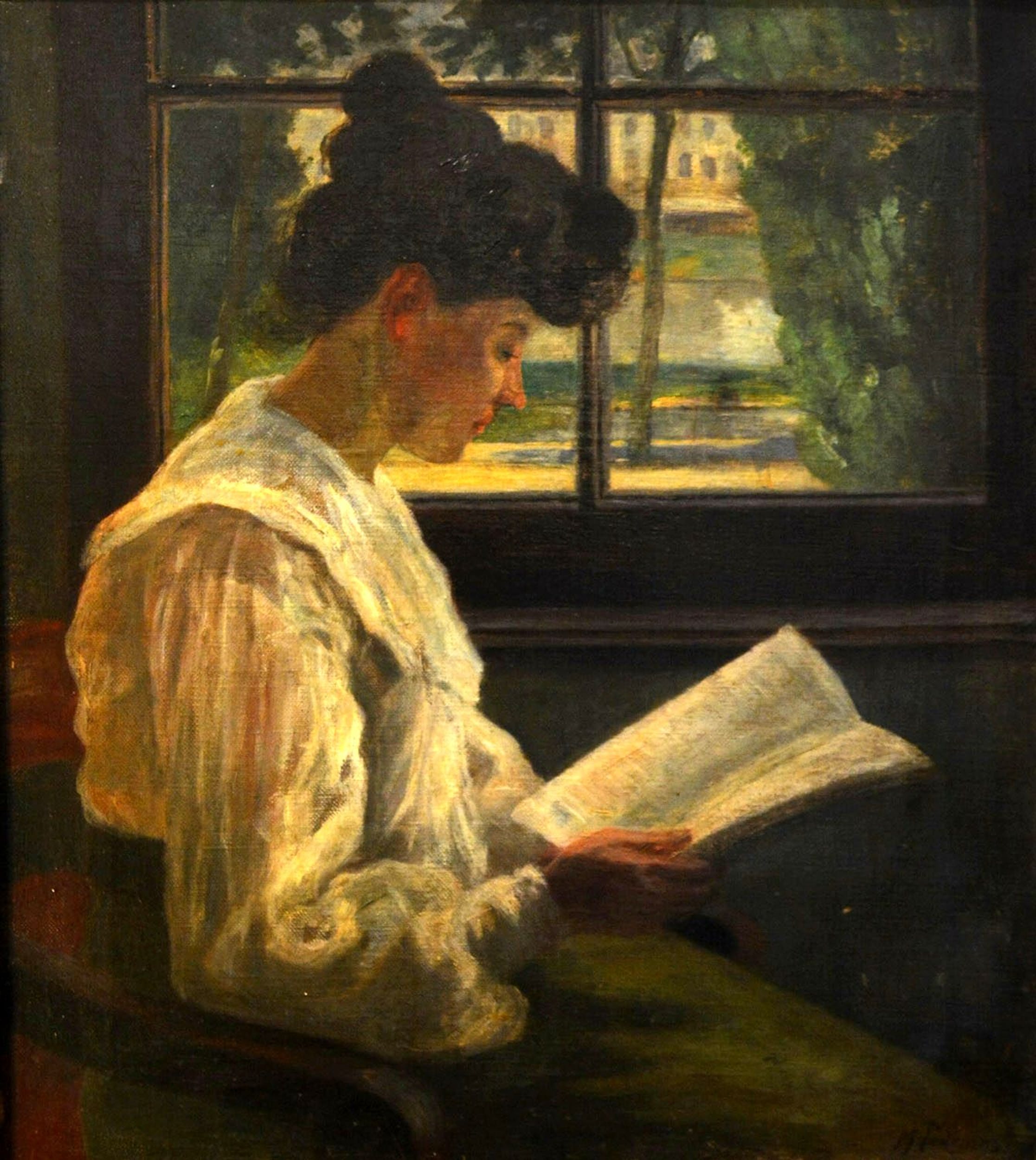 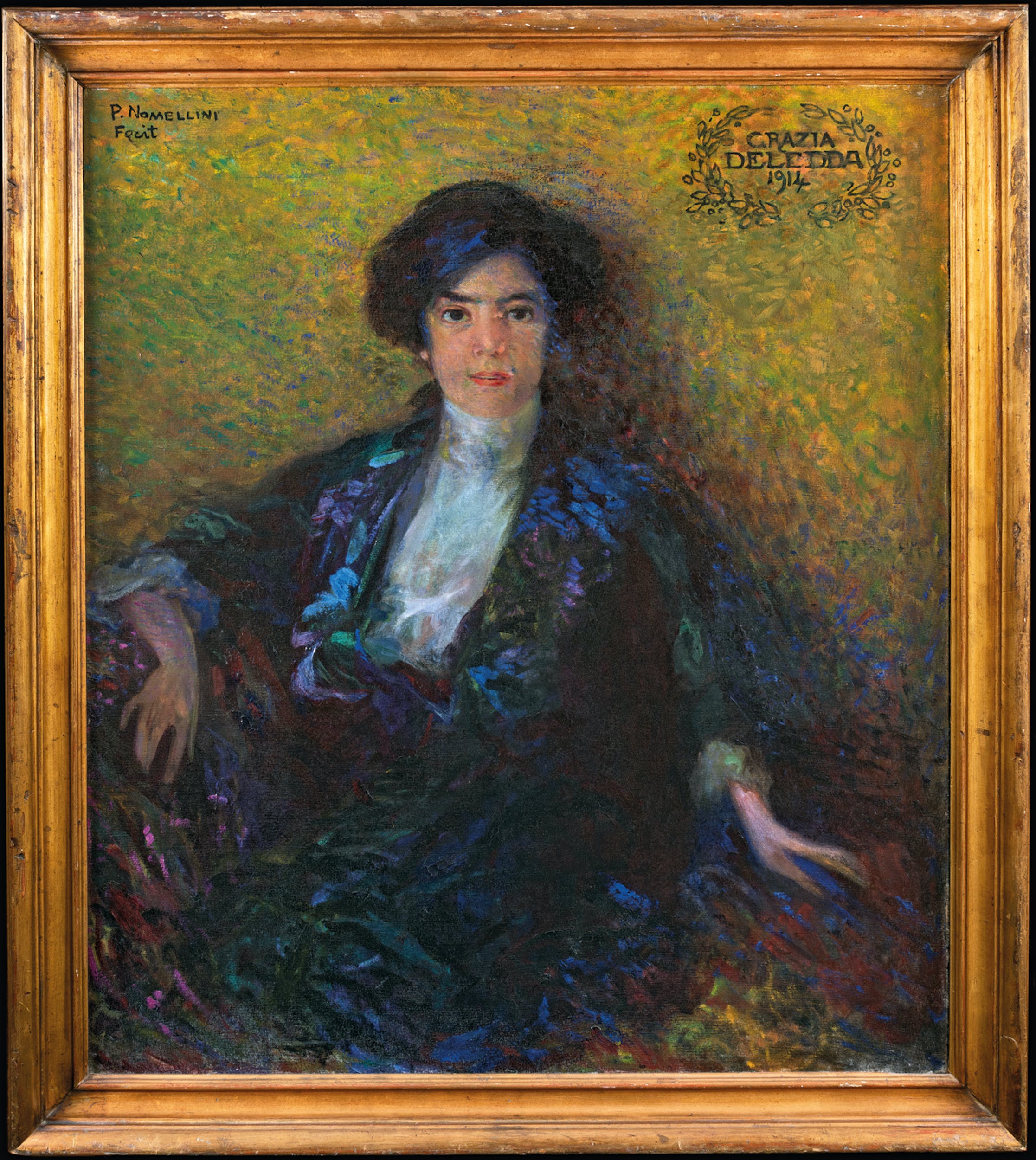 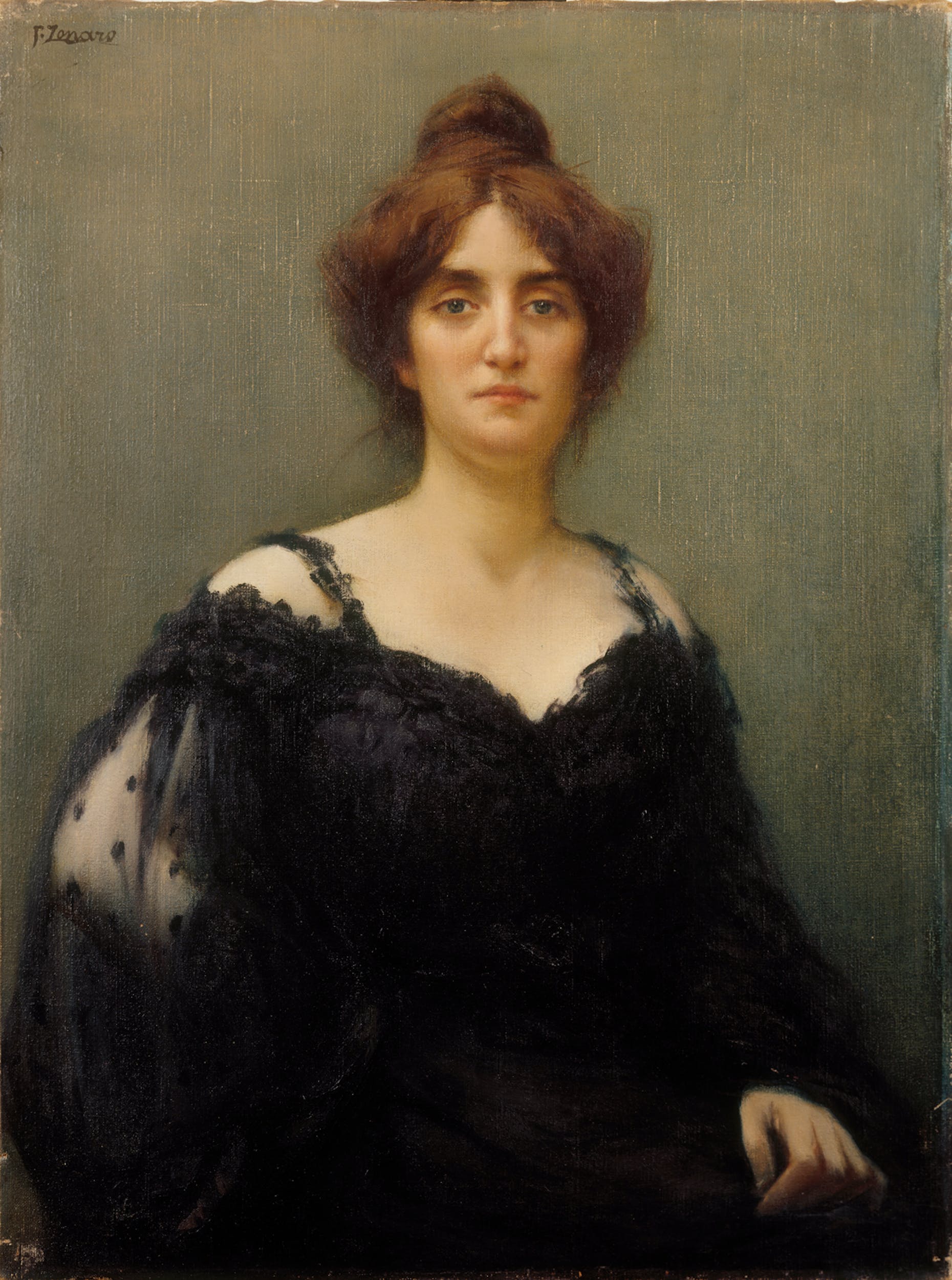 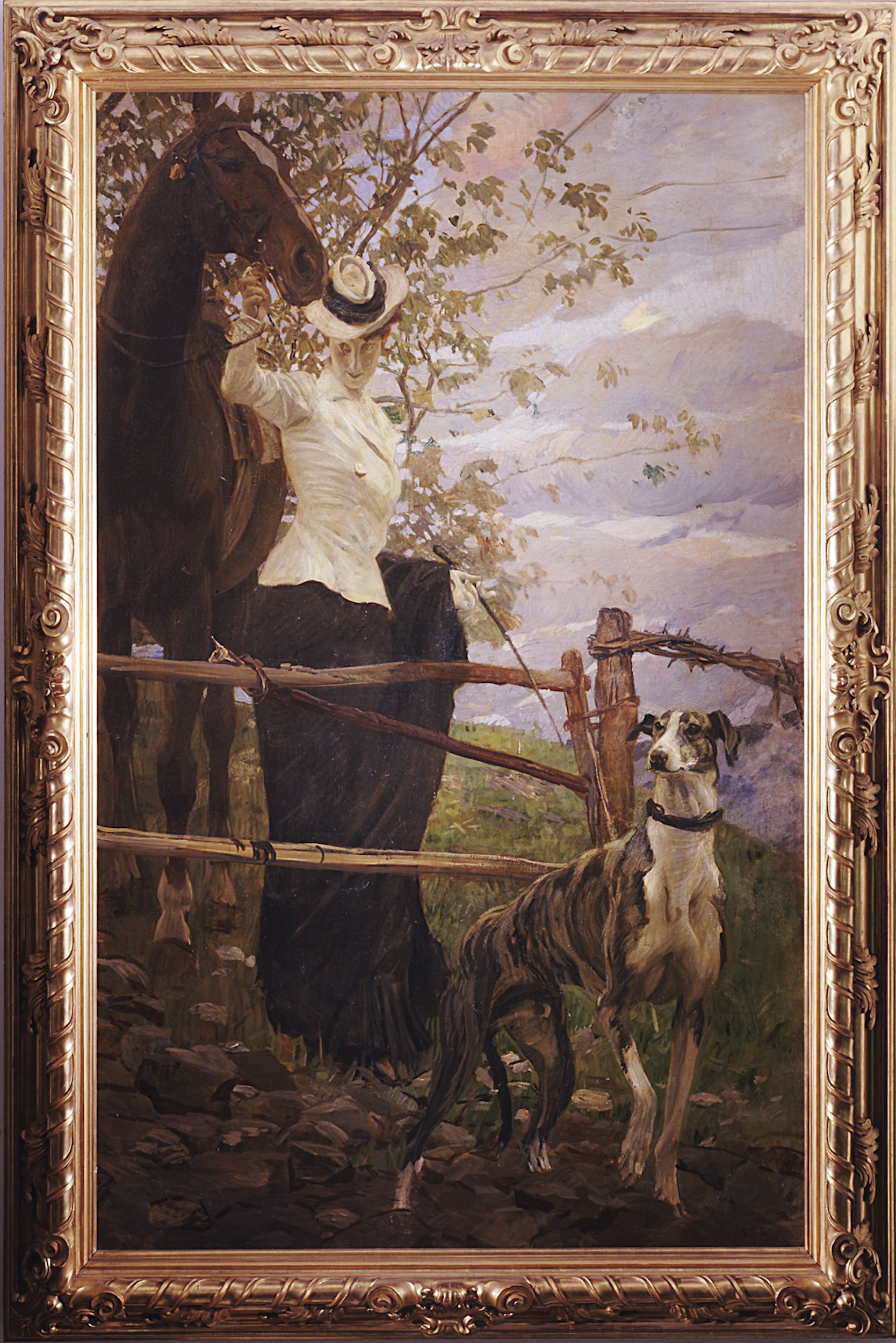 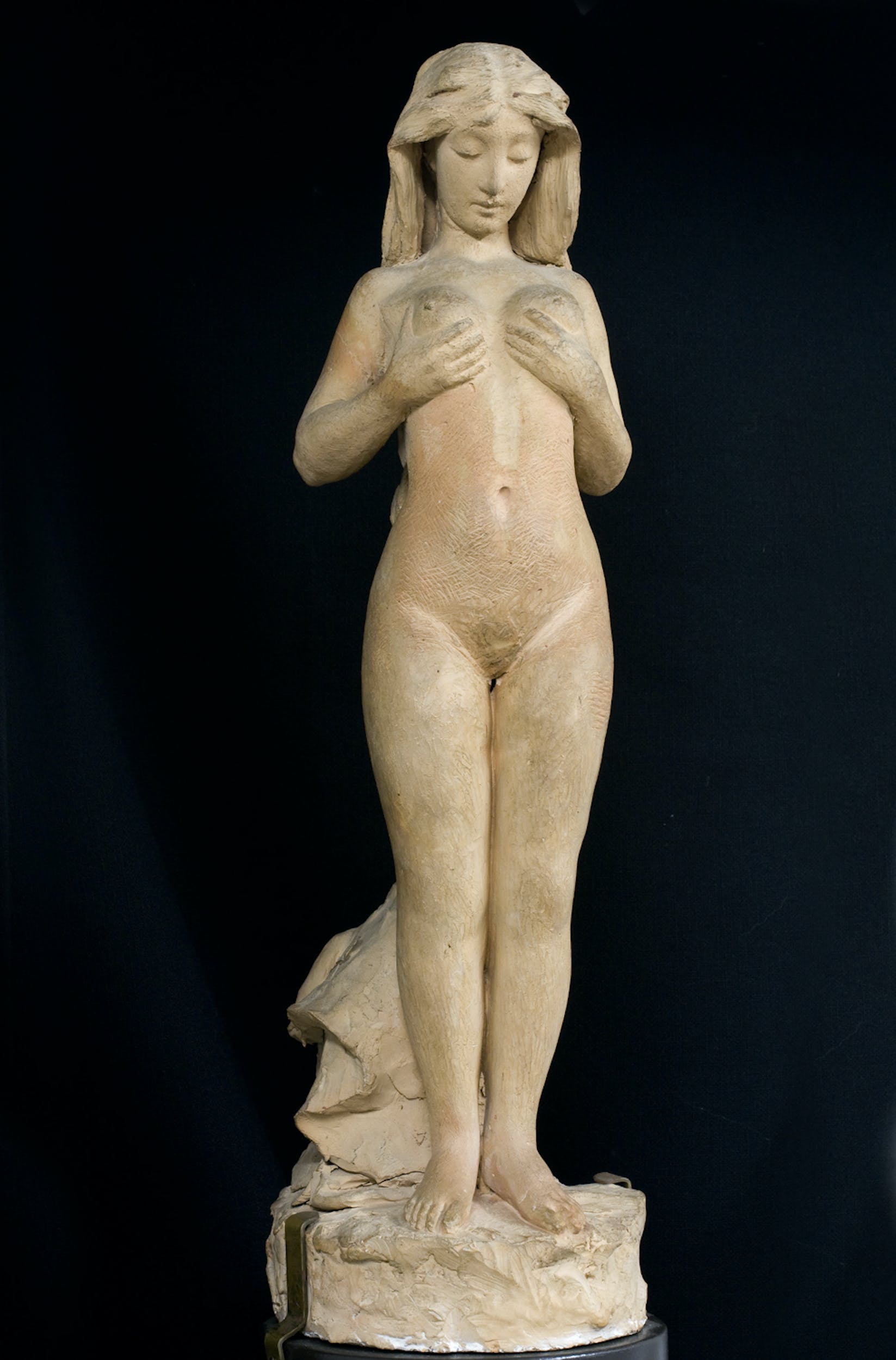 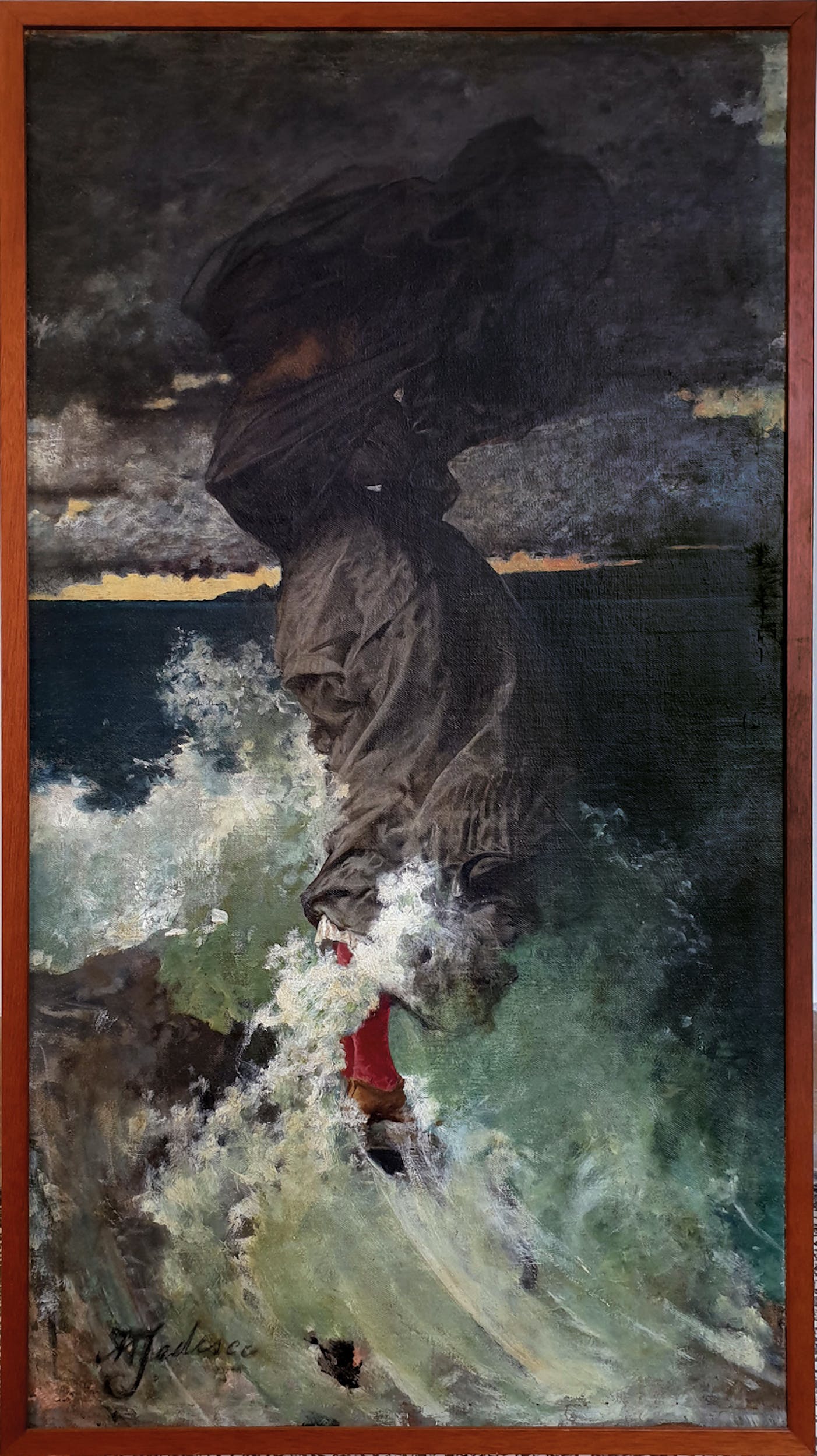 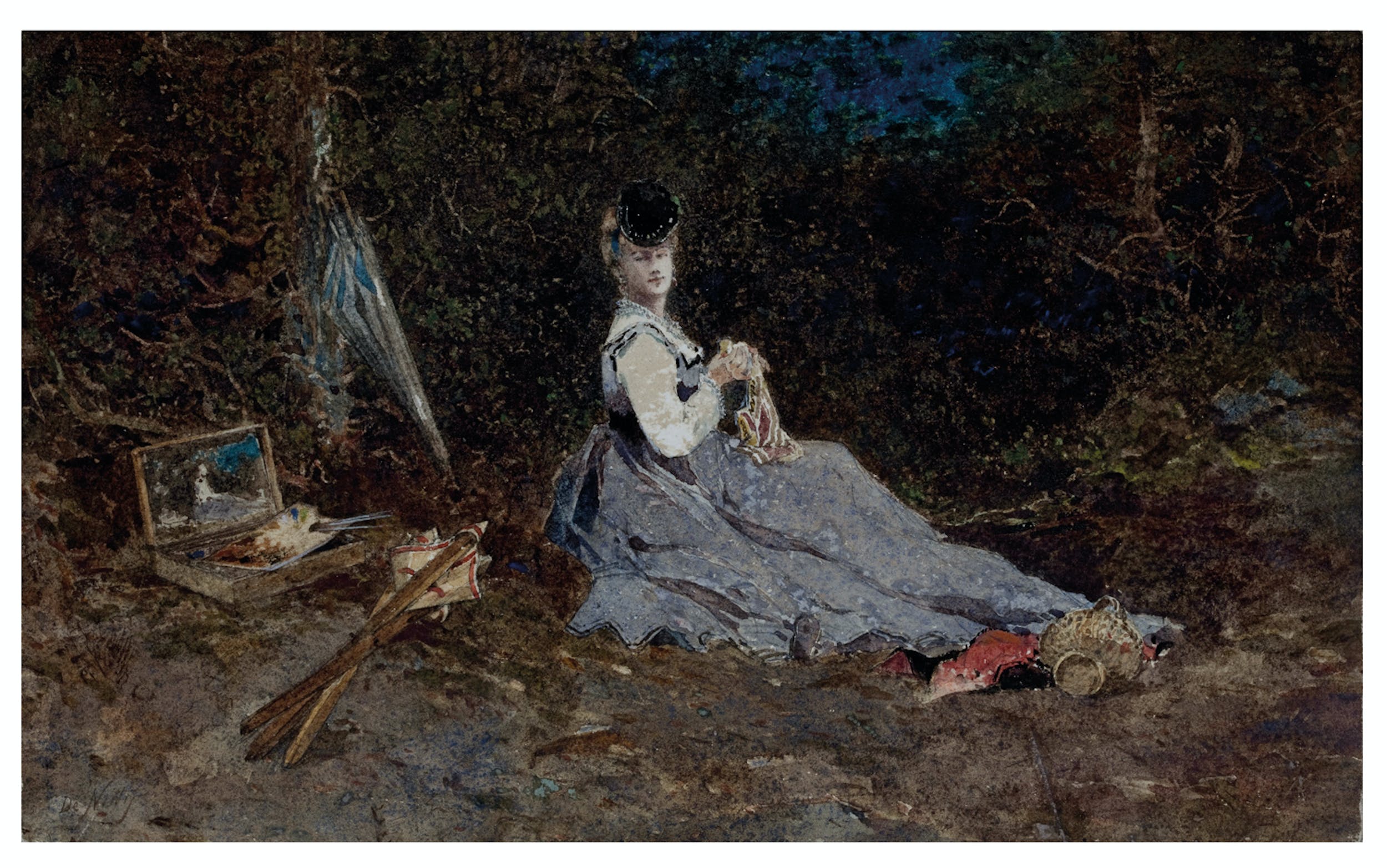 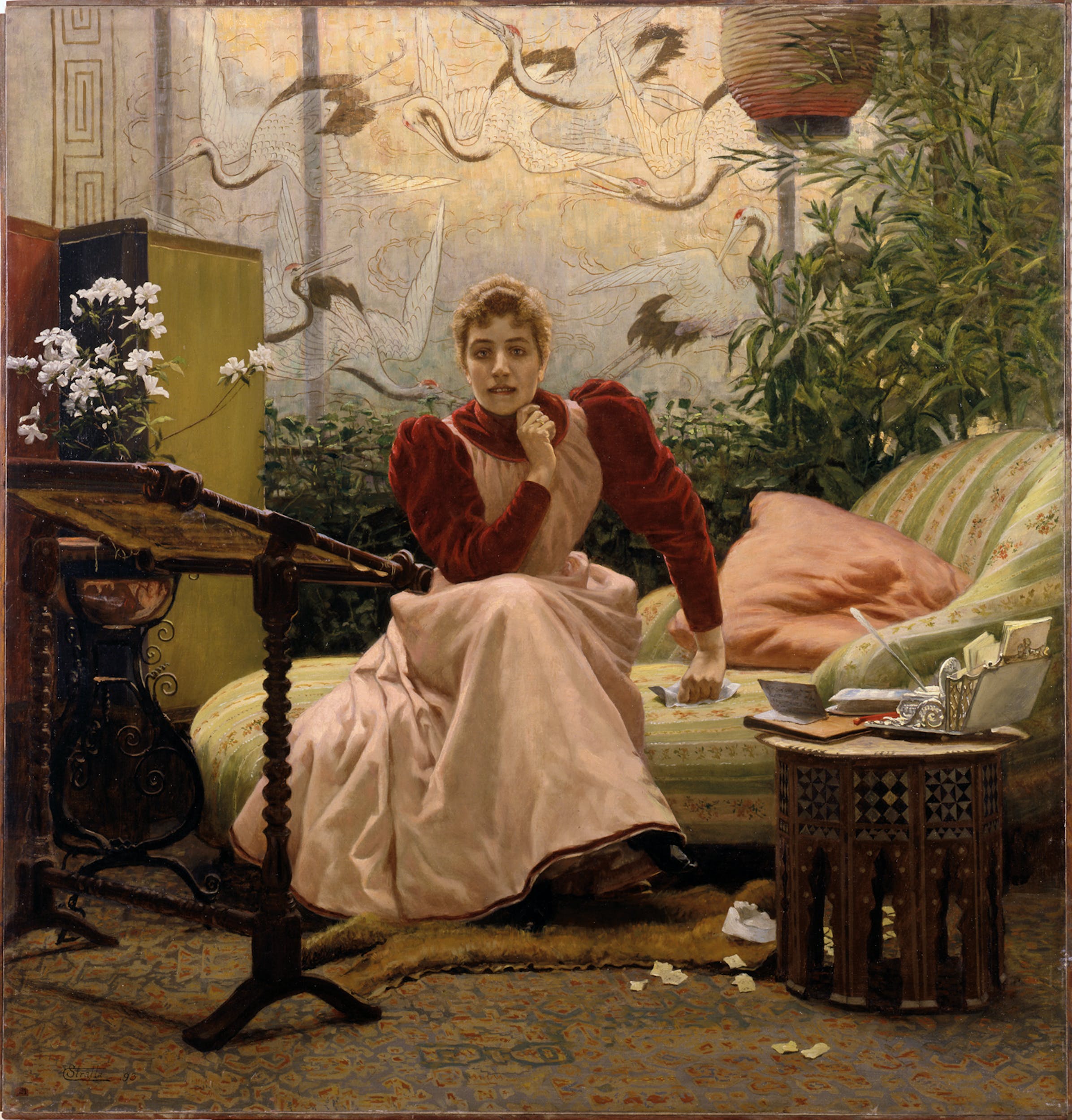 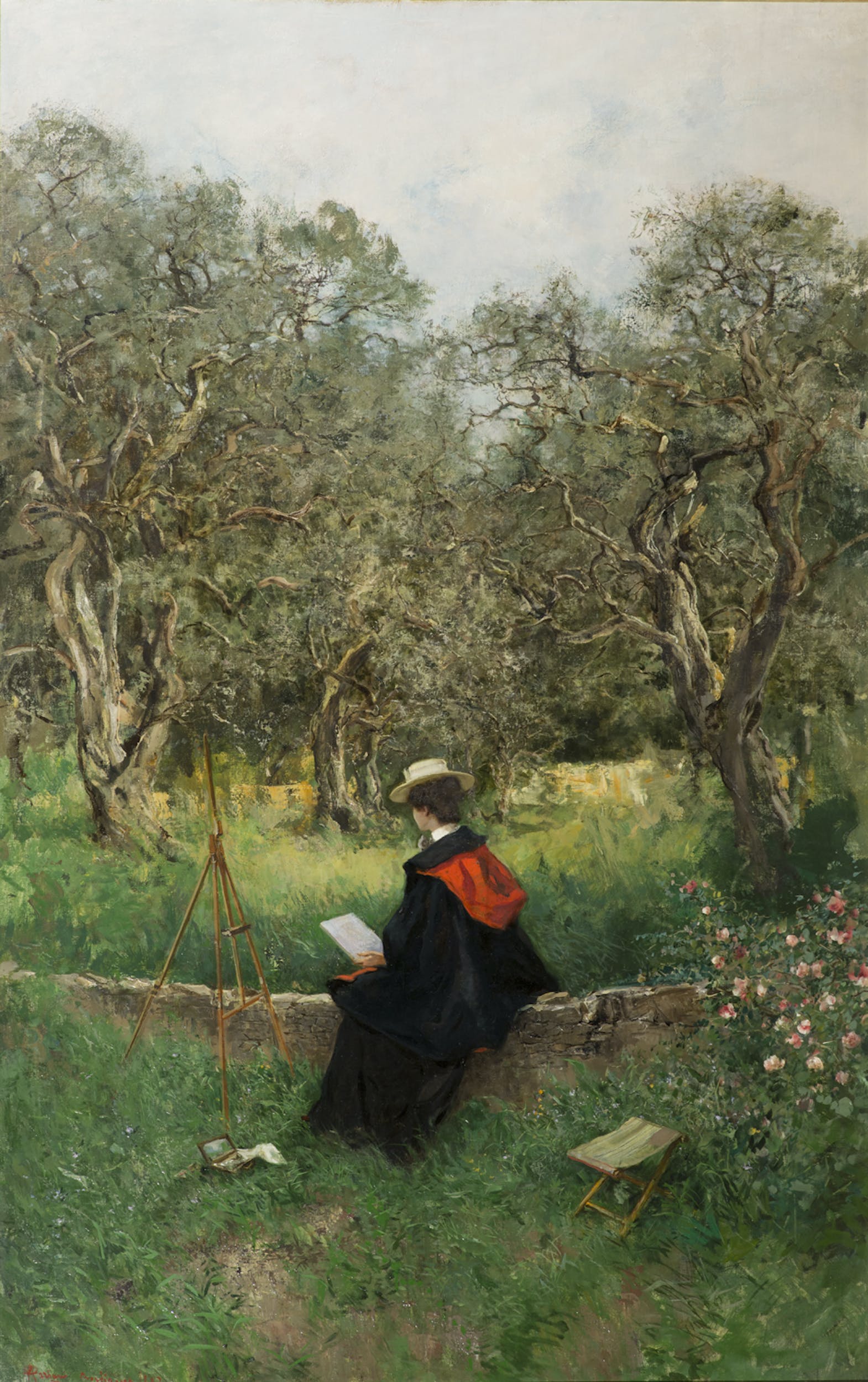 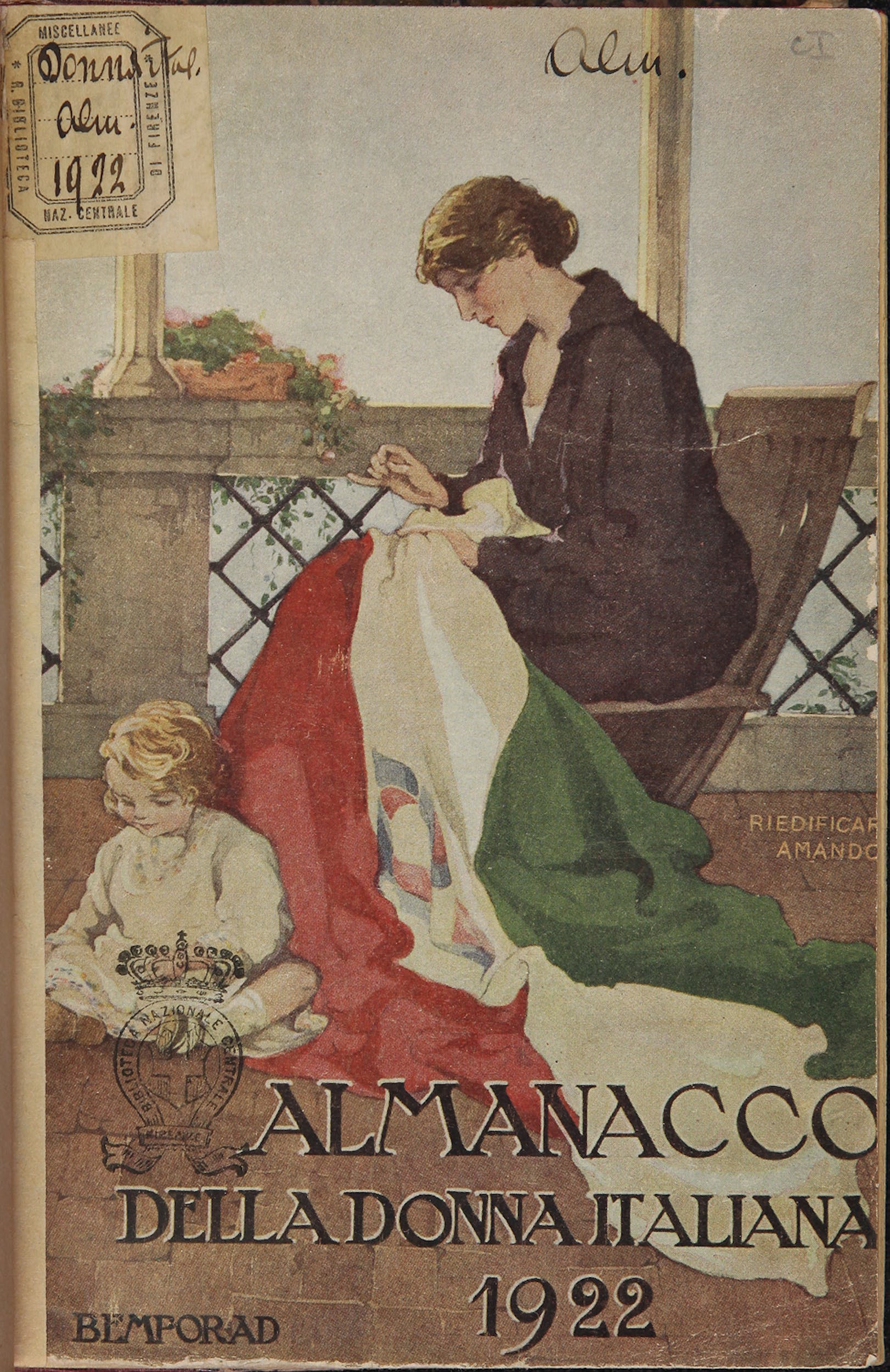 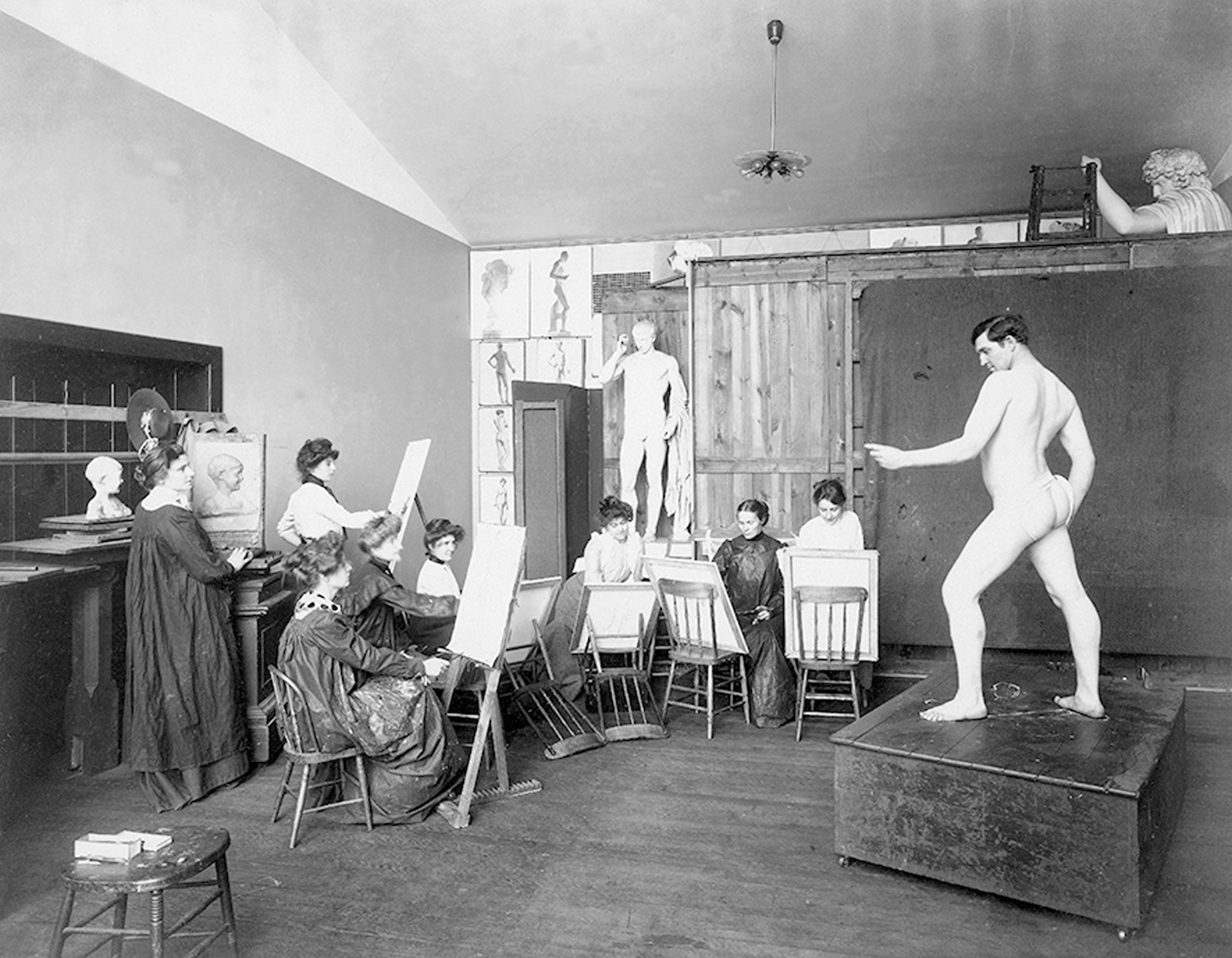 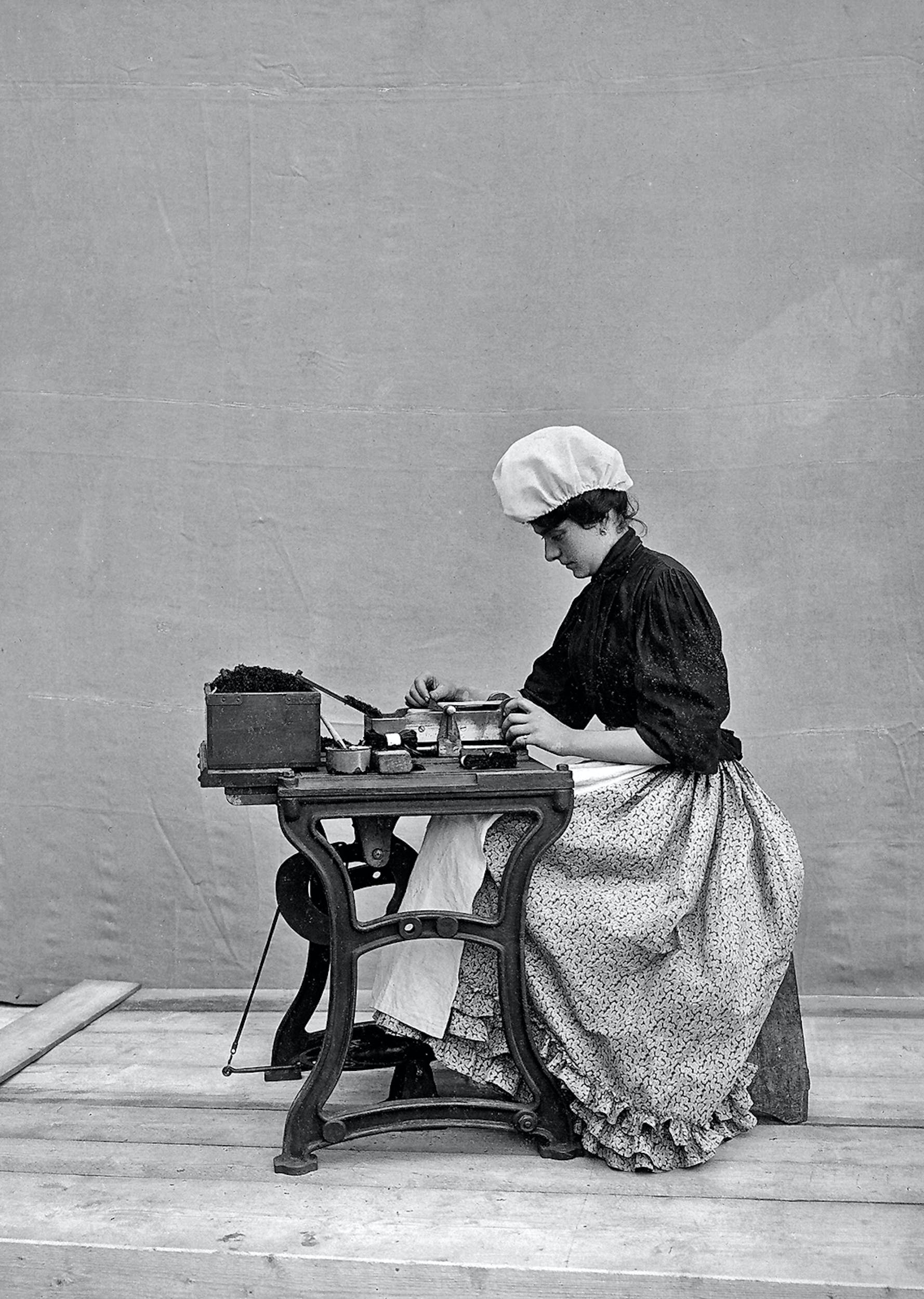 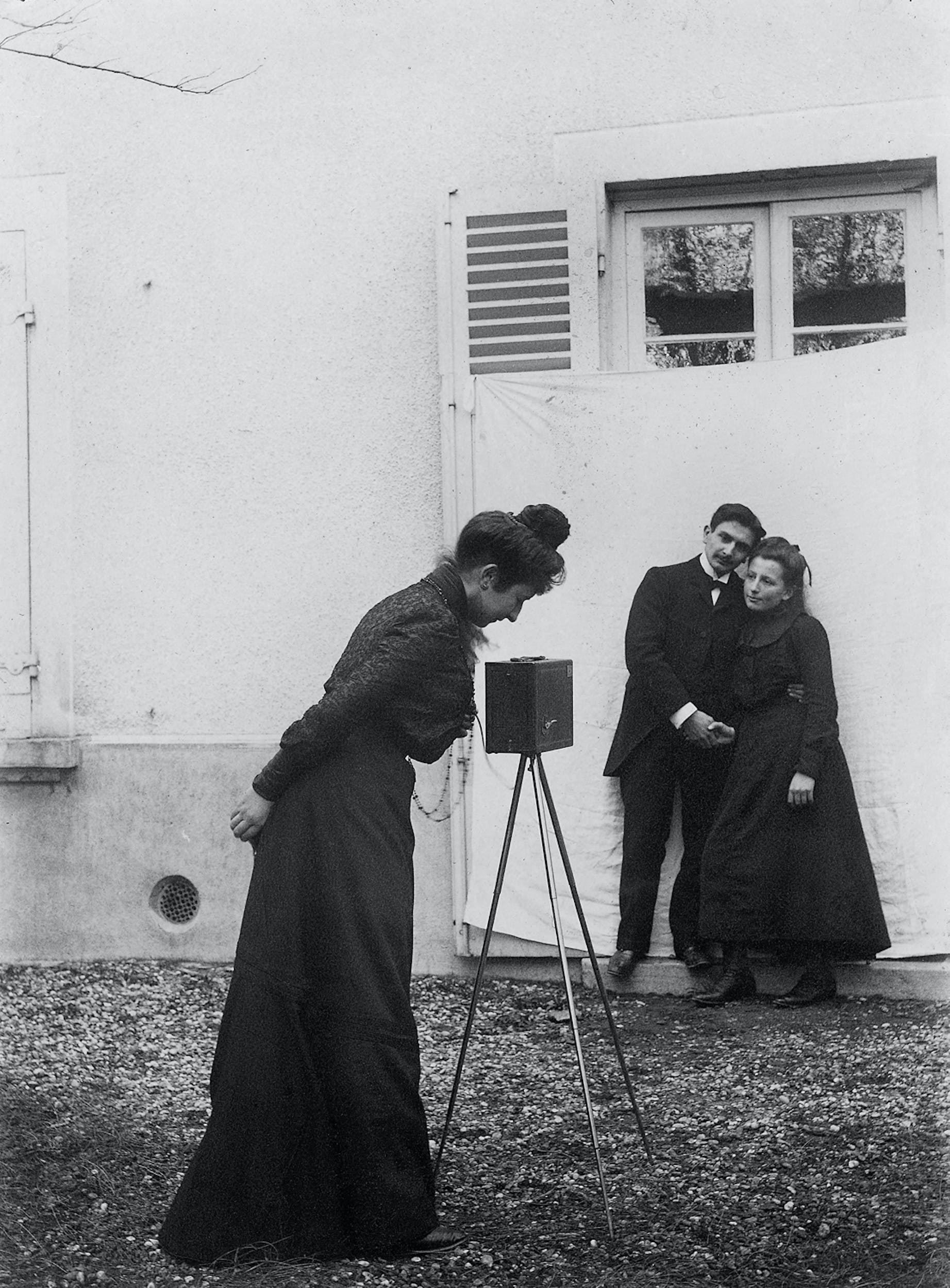