The Uffizi Gallery has found and purchased a 16th century painting which had been believed lost for centuries. The painting, entitled Homer’s Riddle, is the work of Bolognese master Bartolomeo Passerotti (1529-1592) and will soon be exhibited in the new rooms dedicated to 16th century painting, to be opened shortly. For centuries, Homer’s Riddle, had completely disappeared from the radar of academics and art historians, and our only knowledge of its existence came from the descriptions of a few historical sources, some sketches, and a number of drawings copied from the original.

In his work Il Riposo (1584), Passerotti’s first biographer, Raffaello Borghini, includes a detailed description of the painting: “a large, brightly coloured oil painting on canvas, showing a boat with sailors proposing the riddle to Homer, who is on the shore; and on the other side, there is a gypsy and in Homer’s face Passerotti has painted himself and one can see the natural waters of the sea and some seashells and a dog that appears to be alive”. According to Borghini, the painting was located in the palace of Florentine scholar Giovanni Battista Deti (1539-1607), art collector and enthusiast. Nicknamed “Sollo”, he was also a founding member of the Accademia della Crusca and author, among others, of the first Vocabolario della Crusca. In 1677 Giovanni Cinelli remembers seeing the painting in the family palace of Florentine senator Carlo Torrigiani (1616-1684) in Via Porta Rossa in Casa, but fails to recognize it as the same work described by Borghini and even confuses the depicted subject: a painting “containing an Orpheus who, holding a lyre on the seashore, is pulling a boat from the sea onto the shore, with five people on board, enthralled by the sweetness and harmony of that sound, a very vague work”. Then all traces of the work were lost: in the modern studies on Passerotti, Homer’s Riddle was marked as lost. At least until now, when the painting has been tracked down precisely to the family of Carlo Torrigiani’s ancestors.

THE SUBJECT OF THE RIDDLE

The choice of the subject falls within the fortune of the late 16th century Homeric myth, represented by large cycles of frescoes such as the ones by Giorgio Vasari and Giovanni Stradano in Palazzo Vecchio in Florence, or Pellegrino Tibaldi’s decoration in Palazzo Poggi in Bologna. The episode of Homer’s riddle, less common than the scenes taken from the Iliad and the Odyssey, appears in the Greek language edition of the Vita Homeri by the Pseudo-Plutarch, printed several times during the 16th century.

The story told in the painting is that of when Homer was on the island of Ios, sitting on a rock on the shore, and he saw a fishermen’s boat approaching. He asked them if they had brought in a good catch and the fishermen, who had caught nothing and were busy delousing themselves, replied with a riddle: “What we caught, we threw away, what we didn't catch, we kept” (ὅσσ’ ἕλομεν λιπόμεσθ’, / ὅσσ’ ούχ ἔλομεν φερόμεσθα). The answer to the riddle was: lice, referring first to the insects they had been able to remove and throw into the sea, and then, to those they hadn’t been able to get rid of and were still carrying on their bodies. According to the Pseudo-Plutarch, Homer racked his brains so much to guess the answer - in vain- that it killed him.

Today the work was presented in the Vasari Auditorium of the Uffizi by Eike Schmidt, Director of the Uffizi, Daniele Benati, Professor of Modern Art History and Director of the Artistic and Historic Heritage Graduate School of Bologna University, and the authors of a dedicated monographic book published by the museum. The President of Tuscany Eugenio Giani and Regional Councillor for Culture of Emilia Romagna, Mauro Felicori, also took part. 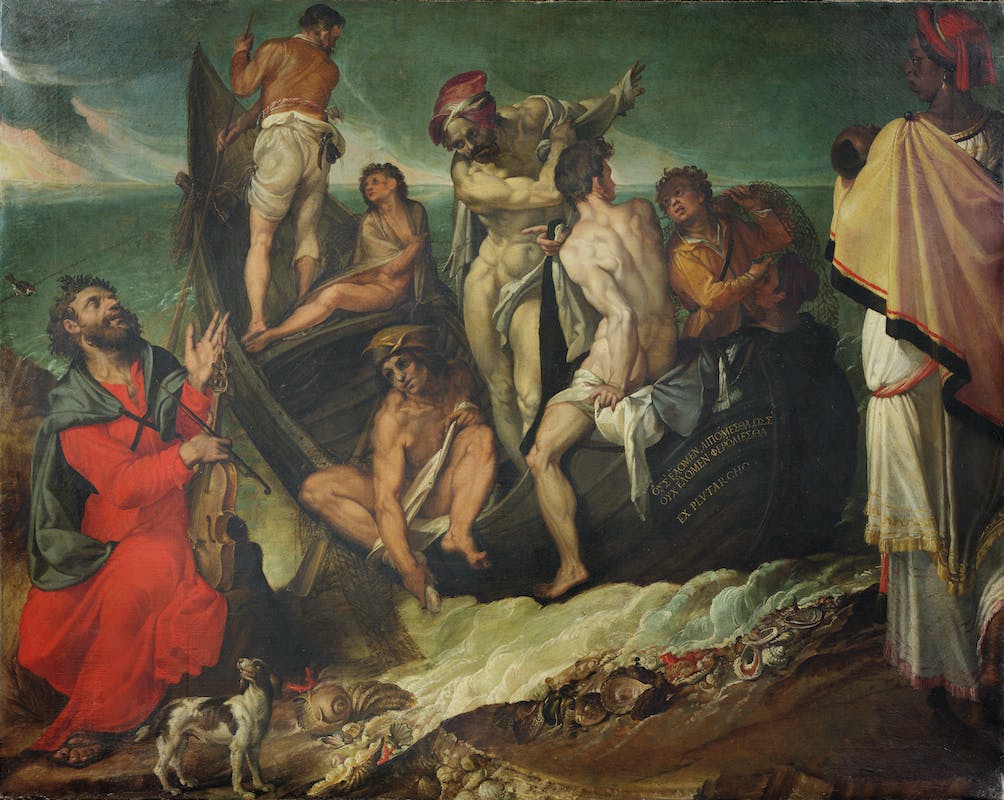 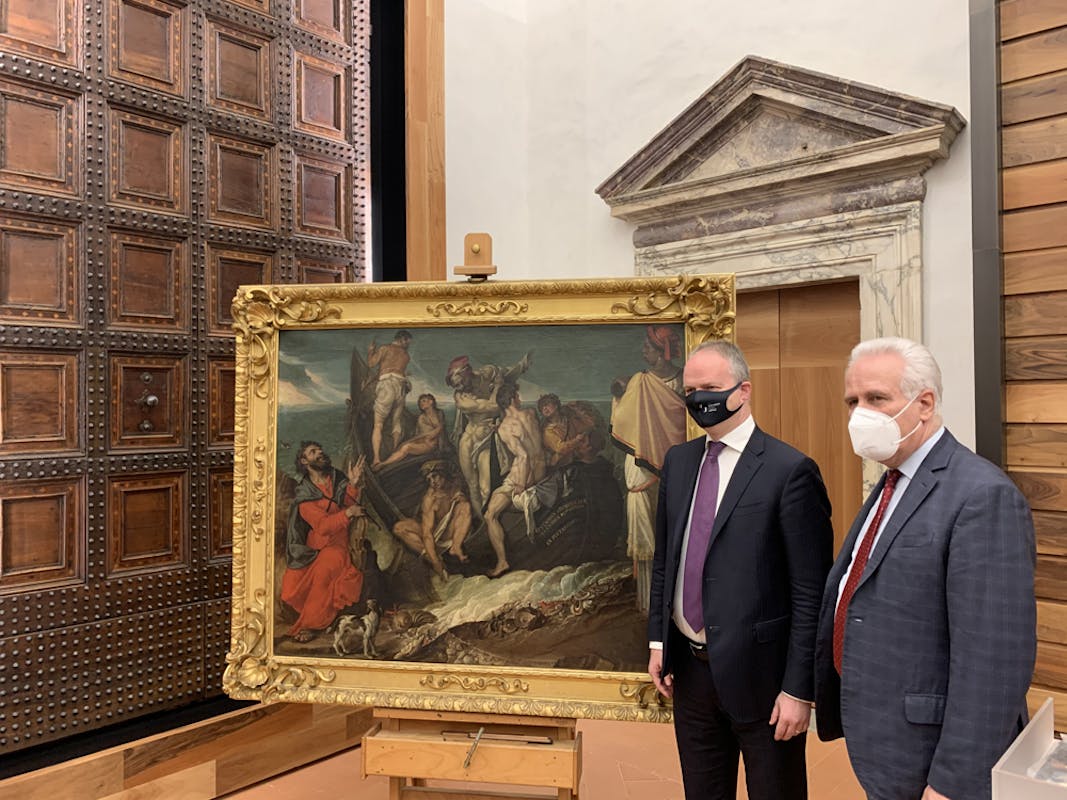 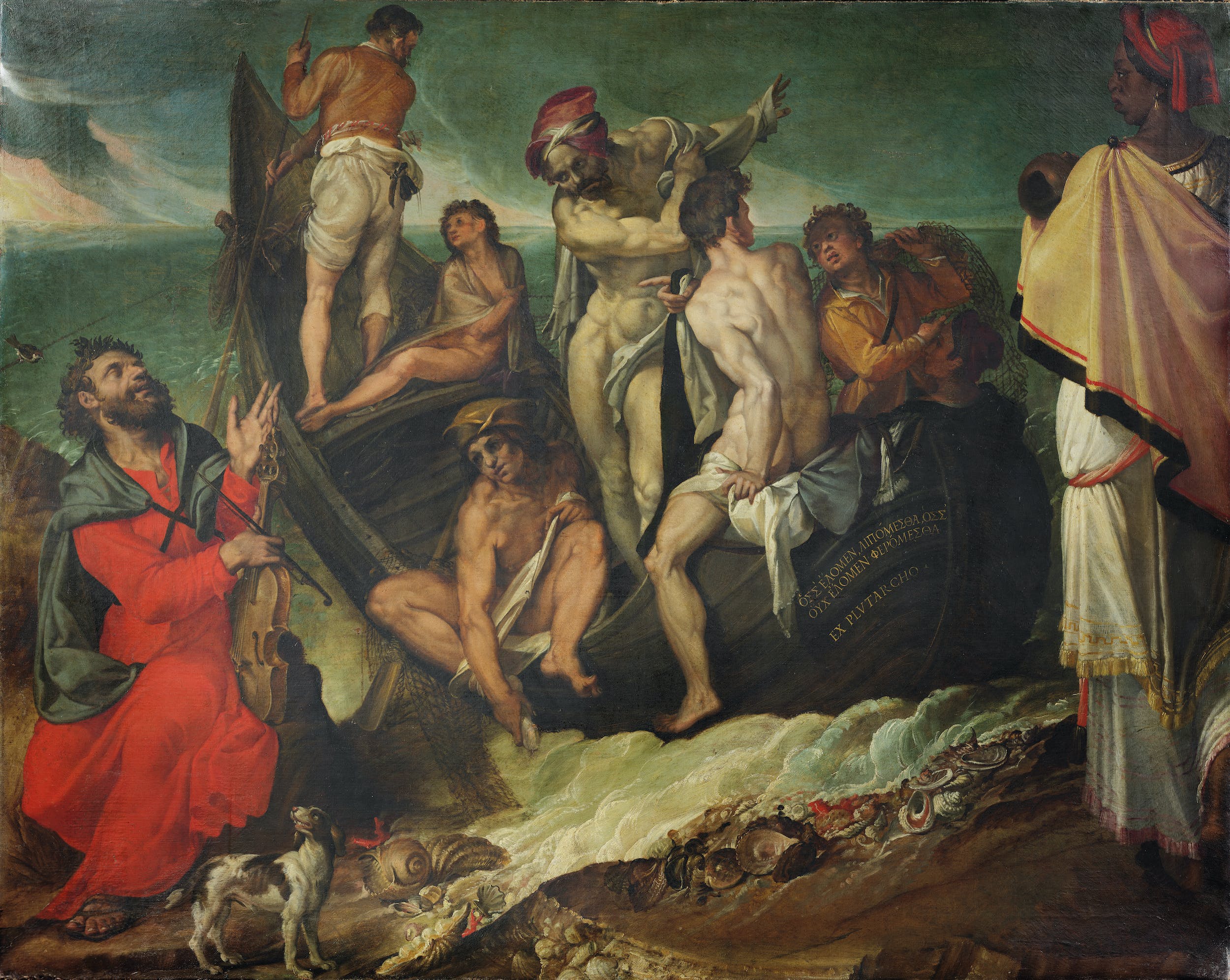 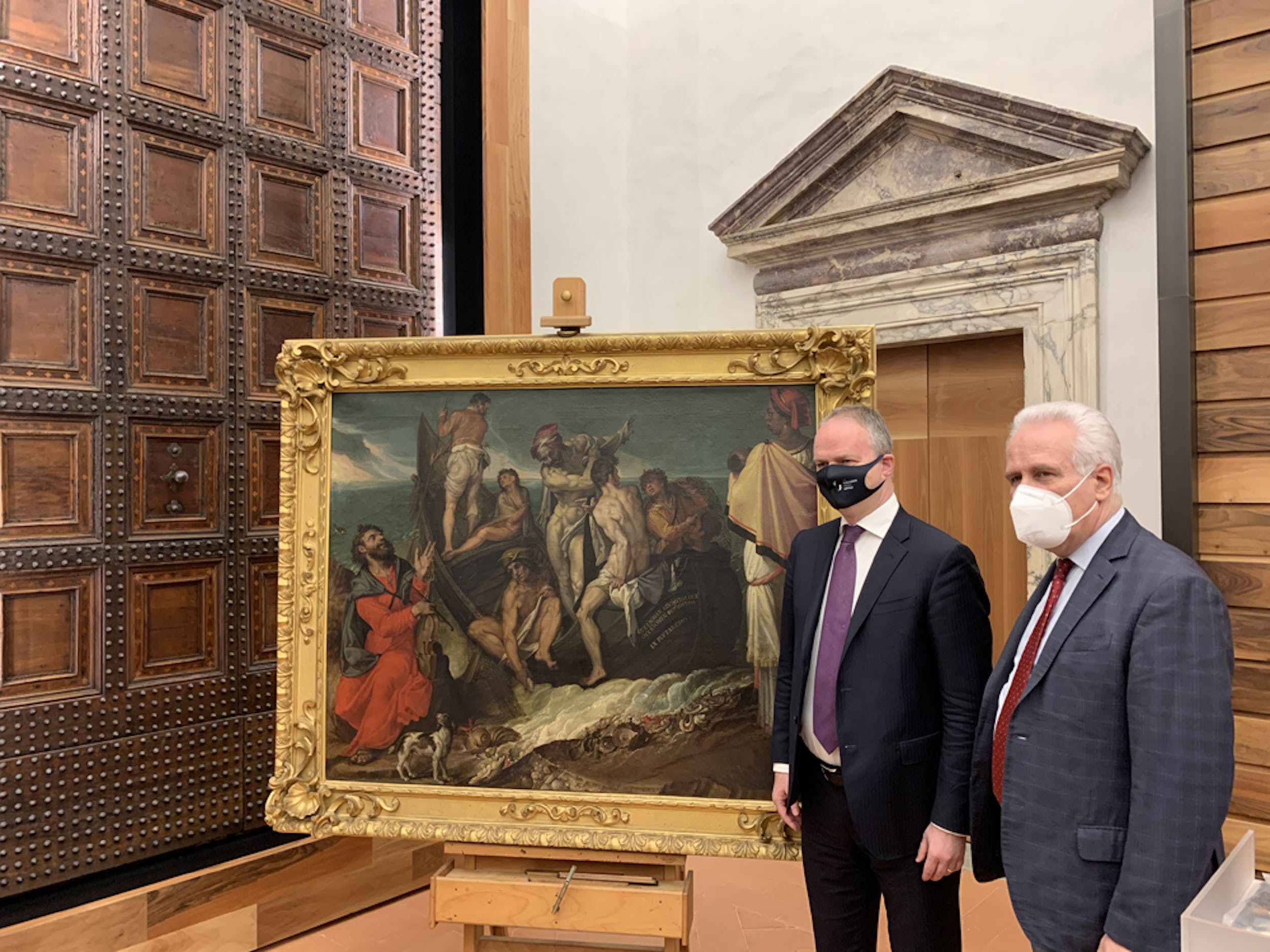