For the very first time, a region in the Far East of Russia will host a work from an Italian museum! The two exhibition stopovers of the work, the enchanting painting by Sandro Botticelli (1445-1510), will be the focus of the cultural program of the 5th Eastern Economic Forum in Vladivostok and of the 8th International Forum of Culture in St. Petersburg, thanks to the support of Sberbank. The exhibitions, sponsored and supported by the Italian Embassy in Moscow, are organized by the Uffizi Gallery, the National Primorye Gallery in Vladivostok and the Ermitage State Museum, together with MondoMostre and the organizational support of Roscongress. Thanks to an initiative launched by the General Partner of the project, PAO Sberbank, blind and visually impaired people will also have access to the masterpiece: a tactile copy of the canvas will be exhibited alongside the original work, accompanied by an audio guide. As Italian Ambassador for Moscow, Pasquale Terracciano remarked: “The exhibition of Sandro Botticelli’s Madonna della Loggia, which marks the first time Italy has participated in the Eastern Economic Forum in Vladivostok, constitutes a valuable opportunity for presenting the extraordinary beauty of Italian art in the Far East of Russia, where previously, the Italian Embassy in Moscow had never before organized exhibitions with the excellences of our fine arts. The work will be exhibited at the Primorye National Gallery in Vladivostok and, from November onwards, it will go to the Ermitage State Museum in St. Petersburg, symbolically traveling along an ideal pathway across the entire Federation. It will therefore be a unique event, with a great symbolic value, responding to the desire to take our culture far and wide, making our art more accessible to the many lovers of Italy throughout the Federation”. The Madonna della Loggia is a painting which can be traced back to Sandro Botticelli’s early production. The Virgin Mary embraces her Child, who is reaching his little hand out to caress her cheek The artist uses an ancient Byzantine iconography known as Glikophilousa (in Greek Glikophilousa means “sweet lover” or “sweet kiss”; in Russian tradition is referred to more often as Eleousa or of Tenderness). And this is no coincidence: in fact the painting is considered the most intensely emotional and intimate representation of the Mother of God. In Russian iconography, the iconic Theotokos by Vladimir (Virgin of Vladimir) is the most powerful example.  Once again, Botticelli expresses the natural sentiment of a mother for her child in a composition radiating a sense of tender intimacy: Mary appears thoughtful, anticipating the painful destiny awaiting her child. The two figures are placed within a Renaissance architecture that opens up on the background, a lodge, from which the painting takes its name. This work can be dated to Botticelli’s very early years, as suggested by the references to Filippo Lippi’s style. Having attended the workshop of a goldsmith at a very young age, Botticelli completed his painting apprenticeship in Lippi’s studio.  Botticelli left Lippi’s studio around 1467, at the same time as when Filippo moved to Spoleto and he probably grew close to Andrea Verrocchio, the other great master who had a strong influence on his training; the Madonna della Loggia was painted in this moment of his life. The work, which is likely to have originally been set in a tabernacle frame, could be one of the so-called “colmi da camera” , that is, an object destined for private religious devotion. This was generally the kind of work the artists focused on before receiving more challenging commissions.  The painting only came to the Uffizi Gallery in 1784. Botticelli’s early works coincide chronologically with the reinforcement of the powerful Medici family in Florence, bankers with branches in all of Europe. The definitive settlement of the Medicean dominion and both Cosimo and Lorenzo de’ Medici’s patronage are historical landmarks that represent the period of maximum splendor of Florentine art. One of the main characters of that splendid season of patronage was Botticelli himself; perceived from the 19th Century until the present time as one of the most emblematic and iconic painters of the Renaissance. In his life and his artistic production, he perfectly represents the parable of Florentine culture and society between the climax of the Medicean rule and the Republic of Savonarola. 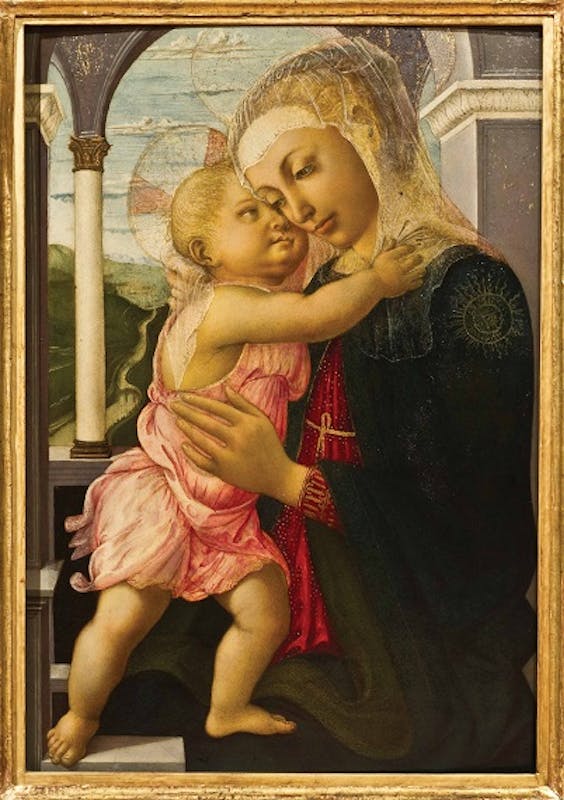 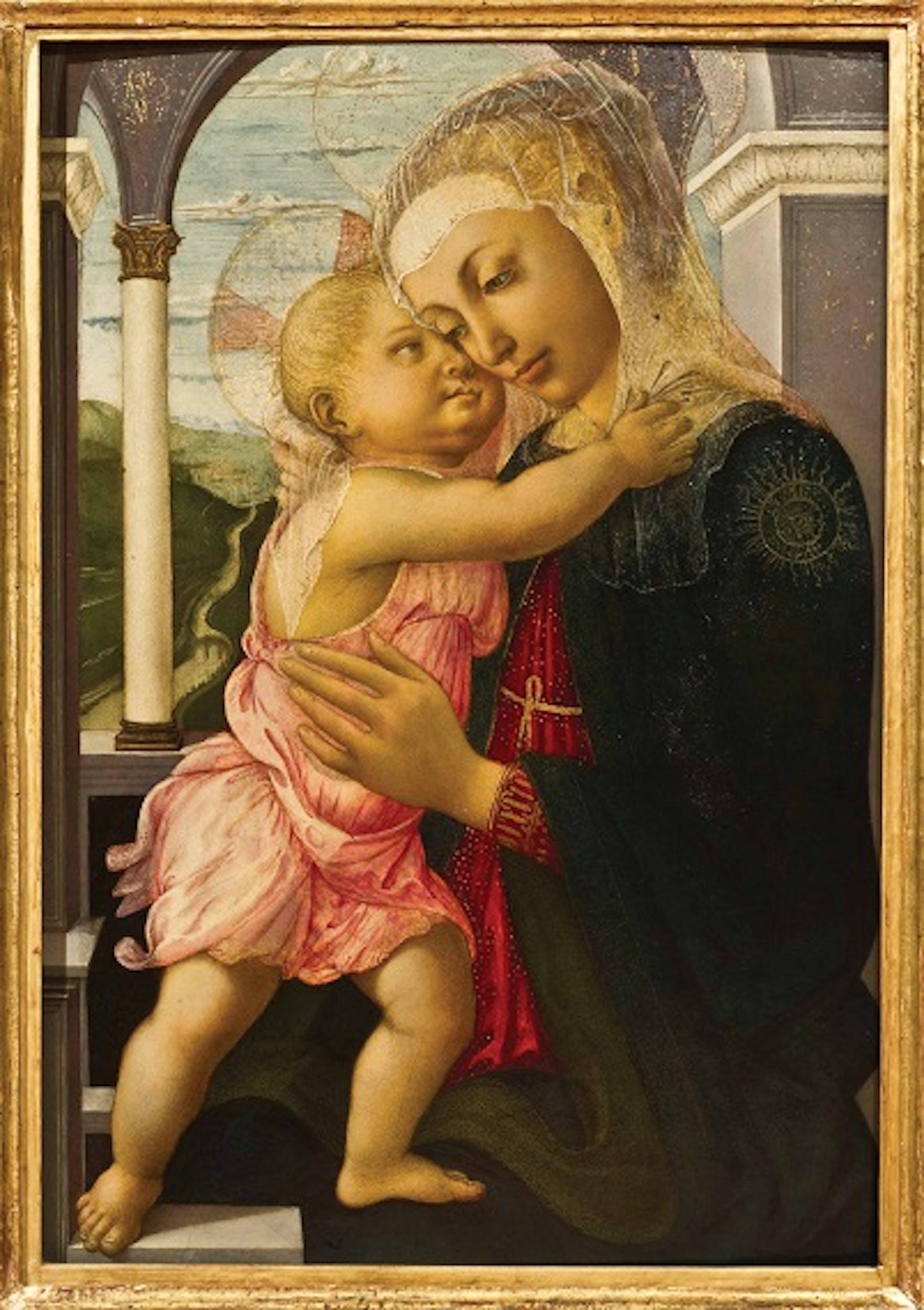