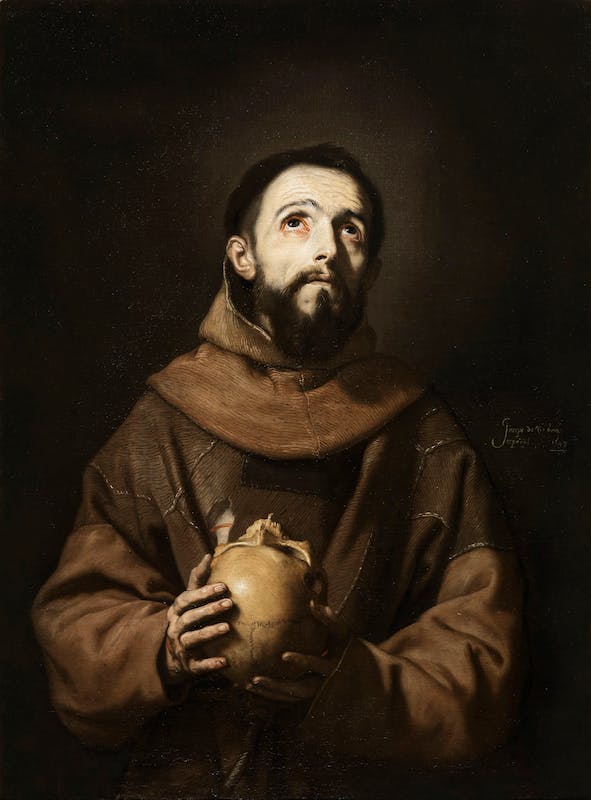 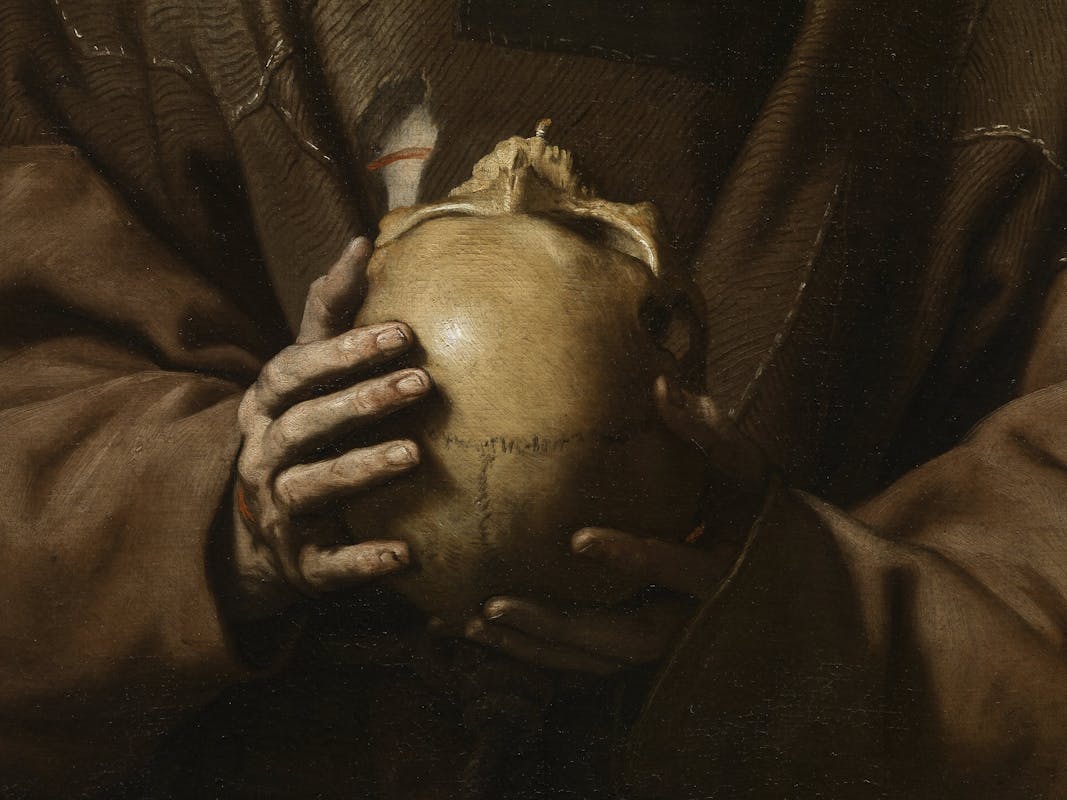 This canvas stands out due to its bold naturalism, an example of the vigorous “tenebrism” that is typical of the youthful work of Spanish painter, Jusepe de Ribera, softened here by the artist’s greater sensitivity to color and light, as a result of the neo-Venetian and Van Dyck influences he absorbed from the 1630s. The dark, solid background highlights the saint’s figure, which is surrounded by an intense light of great atmospheric value, fading from the lighter tones around the head and the greater shadows and solid tones in the background. The painting has an obvious naturalistic feel, even in such details as the appearance of the bleeding injury on the ribs and the stigmata on the hands, depicted with an absolute adherence to the testimonies handed down from Franciscan sources, and the almost tactile representation of the cloth and patches on the robe, sewn on in pale thread. The skull in the foreground, also painted in an extraordinarily fluid style, recalls the words of Neapolitan biographer, Bernardo De Dominici, who stressed the beauty of those “death heads, even different ones, so real as to be somewhat marvelous” (De Dominici 1742-1745).

The work is obviously a strong memento mori with the aim of instilling in-depth reflections on the transience of human destiny, inviting eschatological thought on the fulfillment of time in future life. It is well-known, in fact, that main Franciscan sources insisted on the concept of death as the “doorway to life” when telling the story of the passage of St Francis.

Critics agree that this is one of the most successful versions of the vast number of paintings of saints, martyrs and anchorites depicted half length - and therefore, of a more devotional nature - by the Spanish artist. The canvas stands out in all its stunning painted beauty, not only due to the effective way in which it summarizes and faithfully portrays the natural subject, together with the preciousness of the colors applied, but also and ultimately, due to the extraordinary intensity of its communicative style.

Francesco, Brother of the Universe