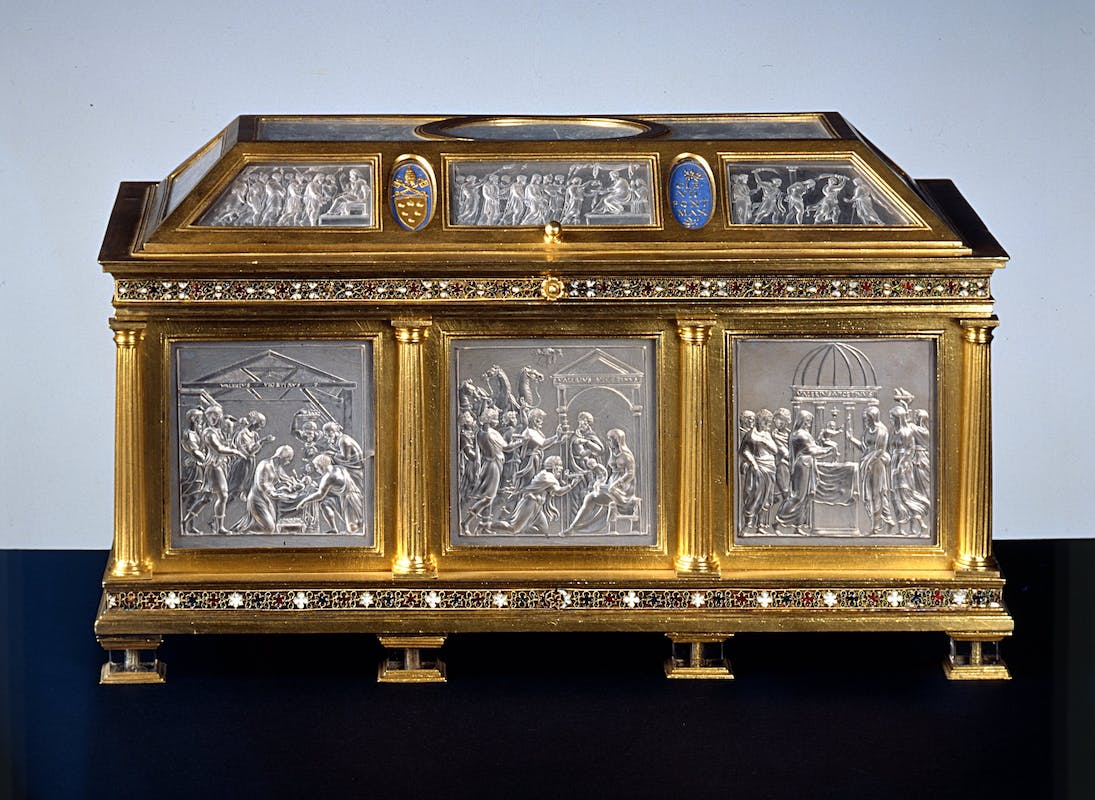 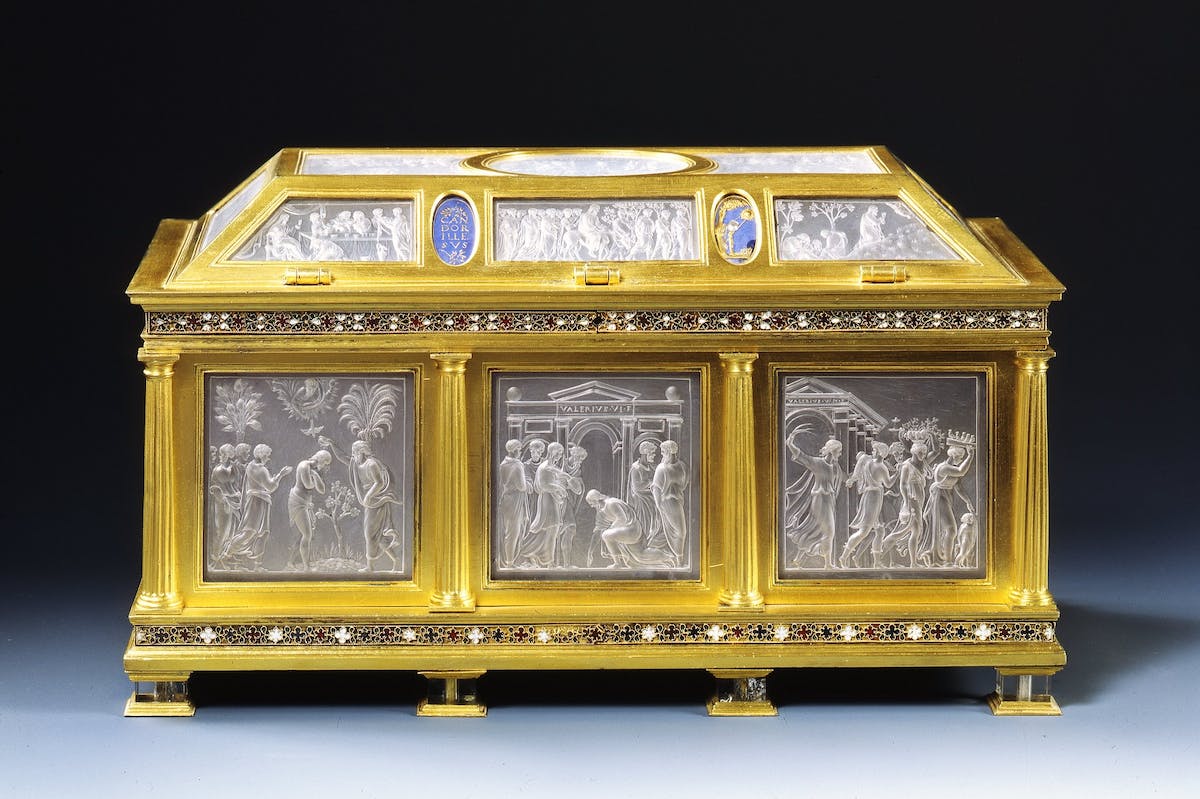 The chest, a Renaissance masterpiece of engraving, has the form of a classic sarcophagus, where two bands decorated with filigree and polychrome enamel with small rose patterns constitute the base and the frieze of a series of Doric columns in silver gilt. The columns enclose eight reflecting surfaces where rock crystal tiles – which have a false bottom of thin silver plate – represent episodes from the life of Christ carved in crystal: the Adoration of the Wise Men, the Presentation at the Temple, Jesus among the Doctors, the Baptism of Christ, Christ and the Adulteress, Christ Expelling the Merchants from the Temple, the Resurrection of Lazarus.

On the lid – in the shape of a truncated pyramid – the crystals depict scenes from the Passion of Christ, inspired by ancient reliefs, and Raphael and his school: Christ in the Home of Simon Pharisee, the Entry of Christ into Jerusalem, the

Treasury of the Grand Dukes, Prayer in the Garden, the Taking of Christ, Christ before Caiaphas, Pilate Washes his Hands, the Flagellation, the Road to Calvary, the Crucifixion, the Three Marys at the Sepulchre, the Ascension. Inside, on the bottom, there are the Deposition from the Cross and the figures of the Four Evangelists.

Originally the chest may have been used as a repository for the Eucharist, where the liturgy foresaw storing the hosts on the days between Holy Thursday and Easter, when consecration was not carried out.

Correspondence from the period from 1530 to 1532 between the scholar from Veneto, Pietro Bembo, and the Medici pope, Clement VII, regarding a portrait the artist was asked to do in order to copy it and include it in the chest throws light on the origins of this precious object. The recipient of the chest was Francis I of Brittany who received it as a gift from Pope Clement VII in Marseilles in October 1533 on the occasion of the marriage of his niece Catherine de’ Medici to the second son of the sovereign, the future king of France, Henry II. The chest returned to Florence with the dowry of Christine de Lorraine, Catherine’s niece, when in 1589 she was chosen by Ferdinando I de’ Medici to be his bride.