Neo Rauch's dreamlike realism casts its spell on the Pitti Palace. From today until 12 January, in this erstwhile Medicean abode the 19th-century rooms of the Andito degli Angiolini will be hosting the first Italian retrospective devoted to the famous Leipzig-born artist's work. Curated by Max Seidel and Serena Calamai, the exhibition displays 37 paintings of various sizes that Rauch executed between 2008 and 2019. The multi-faceted and enigmatic aesthetics of Rauch mixes, not seldom in the same painting, elements and landscapes borrowed from German figurativism and Romanticism with both the artistic lexis of Socialist realism and the abstract and primeval forms of Surrealism. He therefore succeeds in fusing such aesthetics with the geometrical spaciousness of the architecture and decorations of the Pitti Palace in order to gain a unique visual alchemy. In fact, Rauch has been pursuing such a fusion over time by realizing several paintings among the ones on display in this exhibition, that - as he himself admits - he has conceived specifically for this Medicean abode's premises. The idea came to the artist after visting the Grand Dukes' sumptuous palace. Another key feature of the exhibition is the artist's self-portrait that Rauch has decided to donate to the Uffizi Galleries in order to celebrate such an event: this way he will thus enter the museum's famous and old collection of renowned artists' self-portraits of every time.

"Neo Rauch is unquestionably one of Germany's most influential living artists – Director Eike Schmidt remarked – and the Uffizi is doubly proud today: first of all, because it is the first Italian museum to host a monographic exhibition of his work; and second, because we have the rare privilege of hosting works specifically conceived for Pitti Palace. Thus the early 19th-century architecture and decorations of the Andito 'wraps' the master's changing forms and ultra-modern composite style; historical greatness and contemporary greatness meet and blend naturally".

"The first time I entered these rooms in the Pitti Palace I immediately felt at ease – Rauch added – because they have the kind of intimate character that is ideal for an apartment in a palace; they have such wonderful colours. The space here contributes to the painting, in fact it is a painting in itself".

The artist also reveals some of the secrets behind his unique creative technique: "I make an initial sketch, I insert figures within the painting without yet knowing what functions they will be performing, and then the next day I add a second figure or a building – he says – and these should intertwine with a sensoral context rather than tending from the outset towards a meaning; it is an important difference for me. There is also this fabulous moment of interaction, which I liken to a game of chess against oneself because when I play chess with myself, I have to dash around the table and also play my opponent's role, and to keep the principle of the game going I have to behave differently on this side of the table from the way I behave on the other side, I have to make my impulsive moves here and my strictly analytical moves on the other side, or vice-versa. I have to impersonate the other player, and that is how I behave on canvas. I make a cautious move and then I have to release the irrational component in me so as not to suffocate the whole thing".

A SHORT BIOGRAPHY OF THE ARTIST

Neo Rauch was born in Leipzig, Germany, on 18 April 1960. Considered one of Germany's greatest living artists, he was raised by his grandparents in Aschersleben after his parents died in a train crash when he was only four weeks old. He studied painting at the Hochschule für Grafik und Buchkunst in Leipzig, and after the fall of the German Democratic Republic he worked for five years (from 1993 to 1998) as assistant to Arno Rink and Sighard Gille at the Leipziger Akademie. He taught at the Hochschule für Grafik und Buchkunst in Leipzig from 2005 to 2009. Winner of various awards, he has shown his work in numerous exhibitions in Germany and in other countries such as Belgium, Holland, Austria, Canada and the United States. Celebrated American movie star Brad Pitt is an ardent admirer and collector of his work. 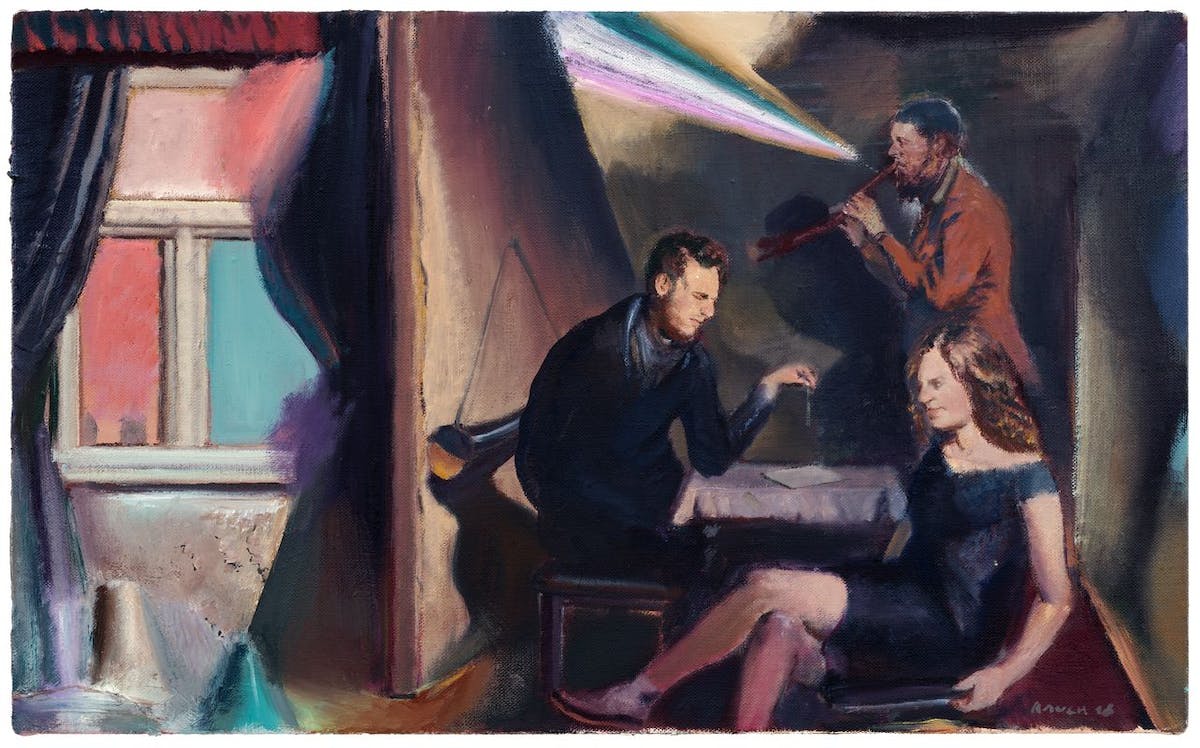 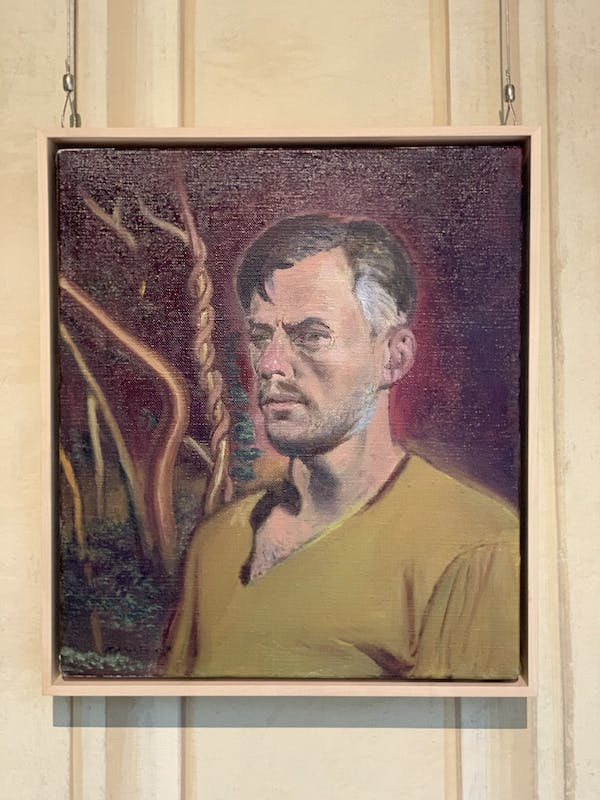 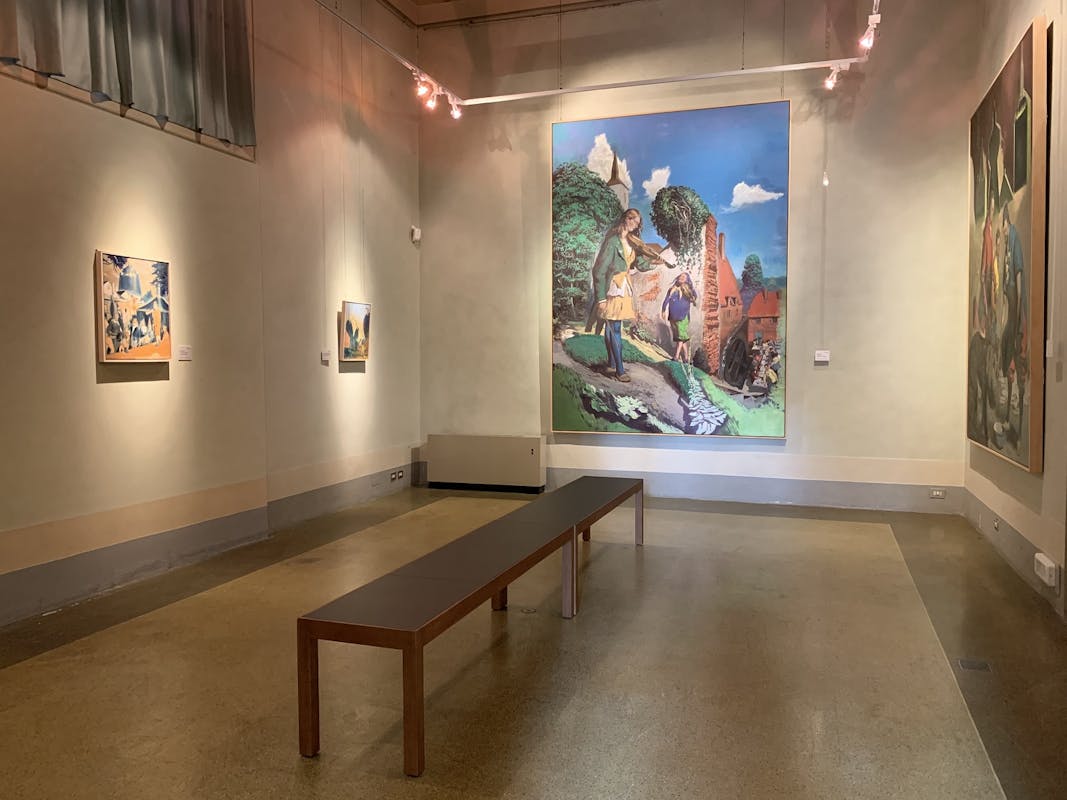 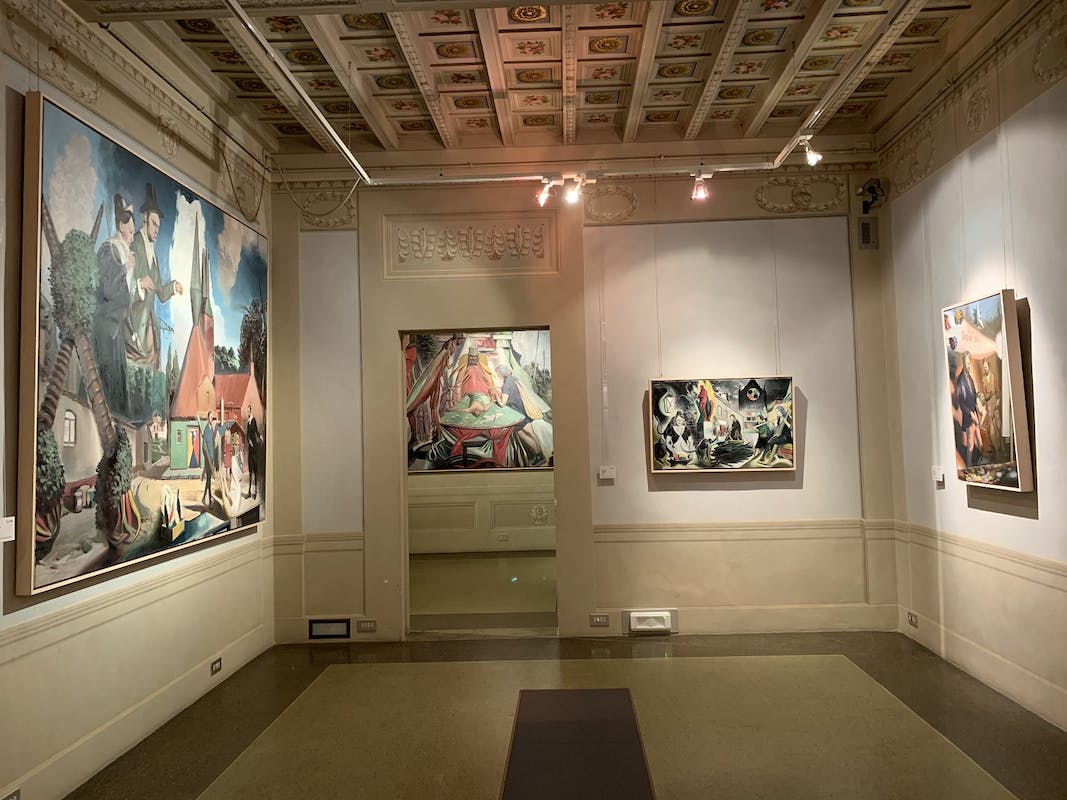 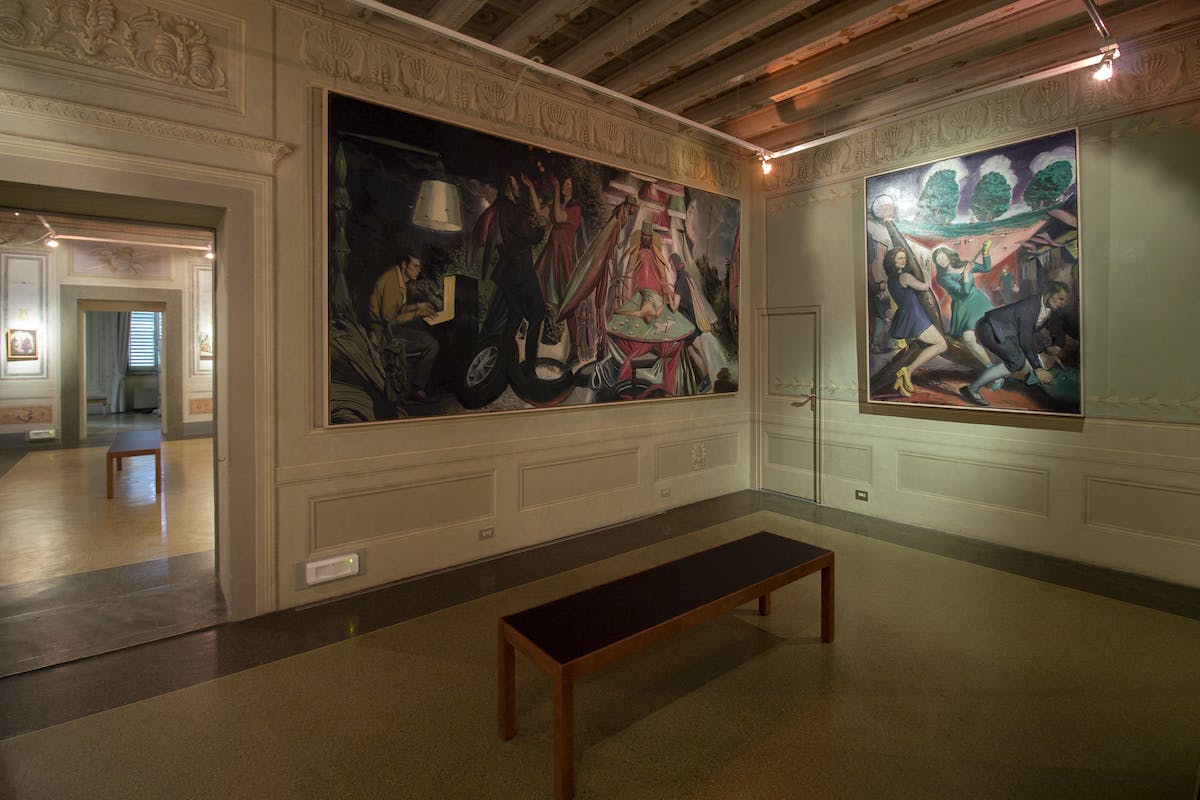 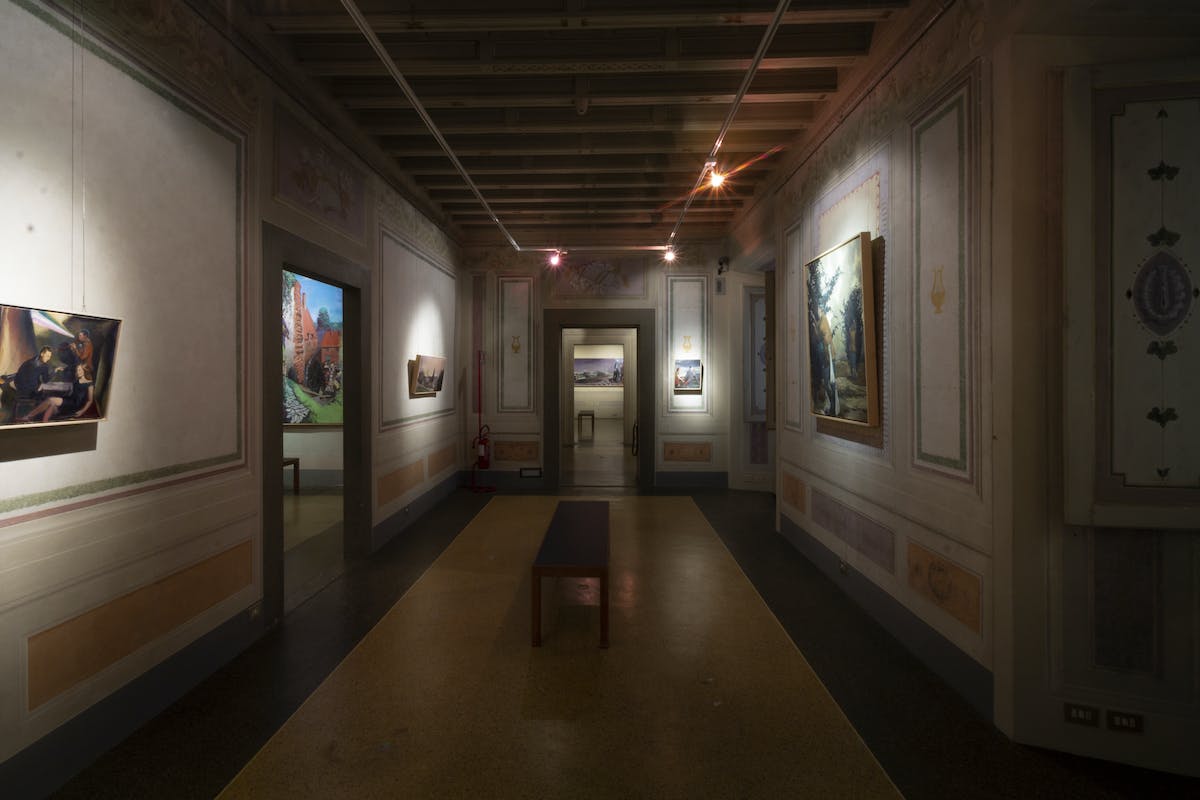 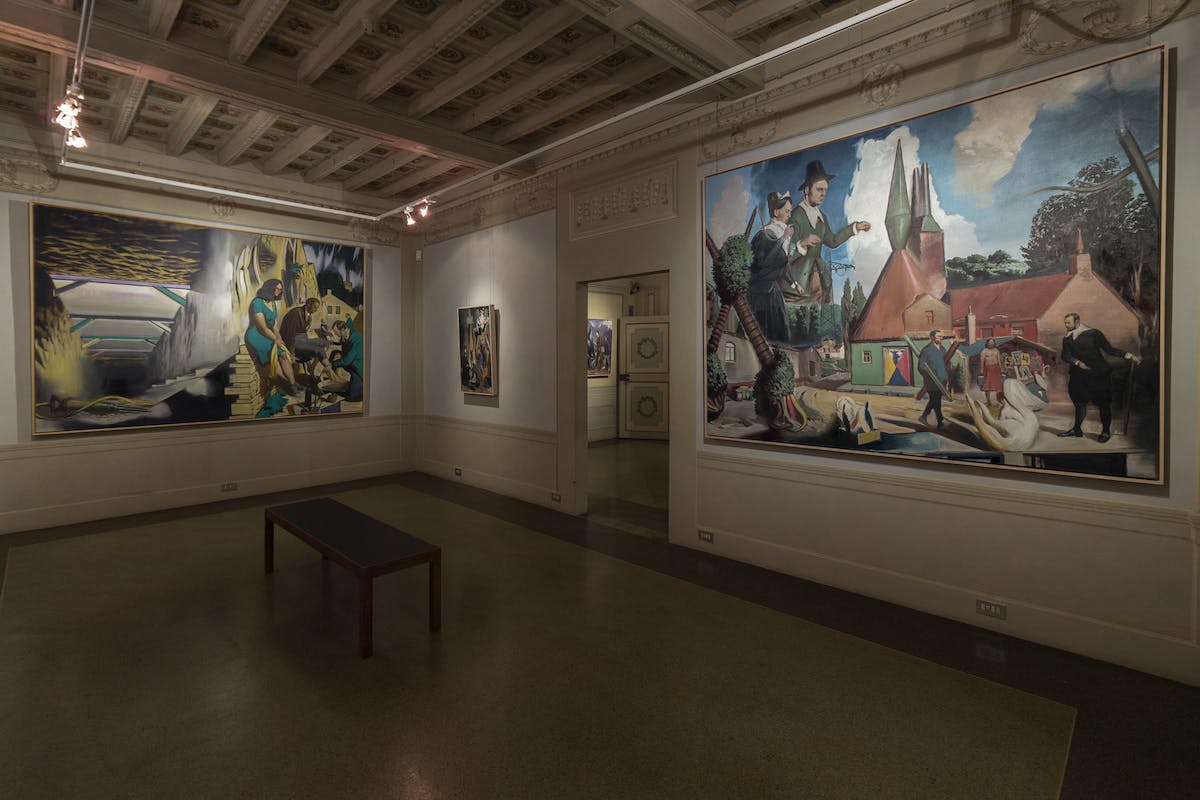 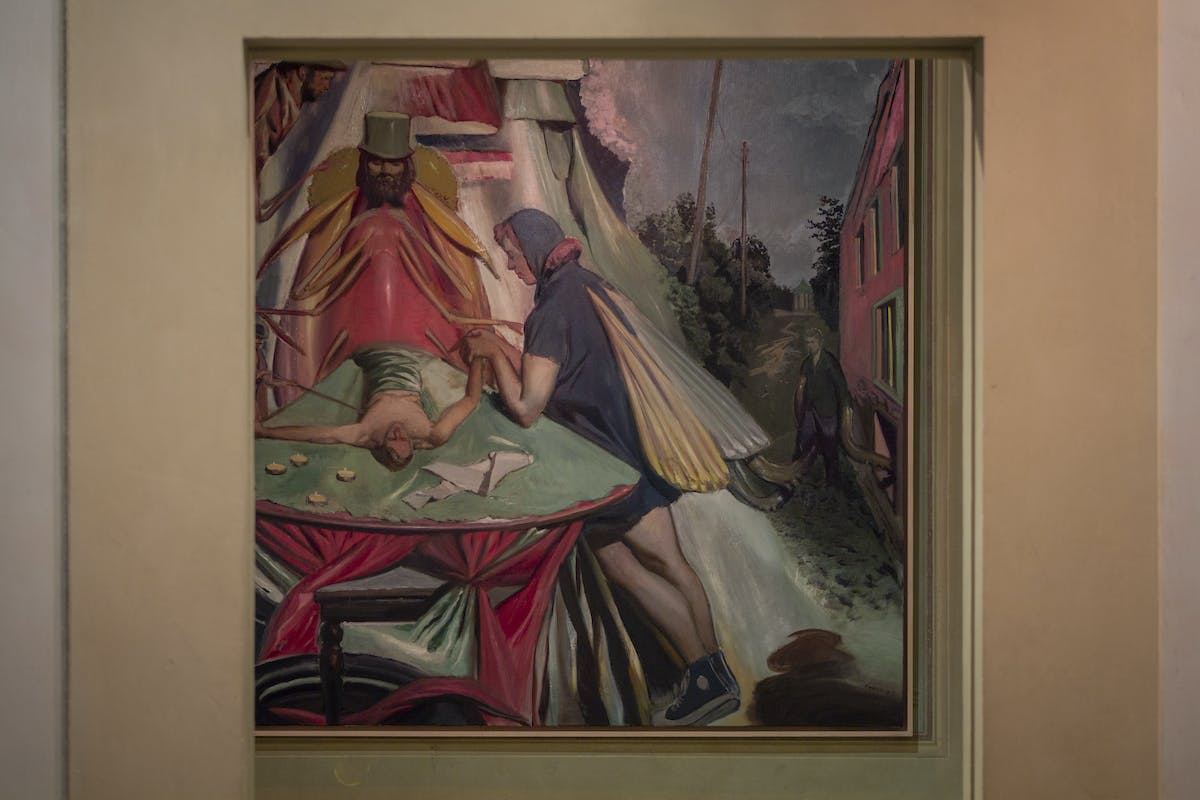 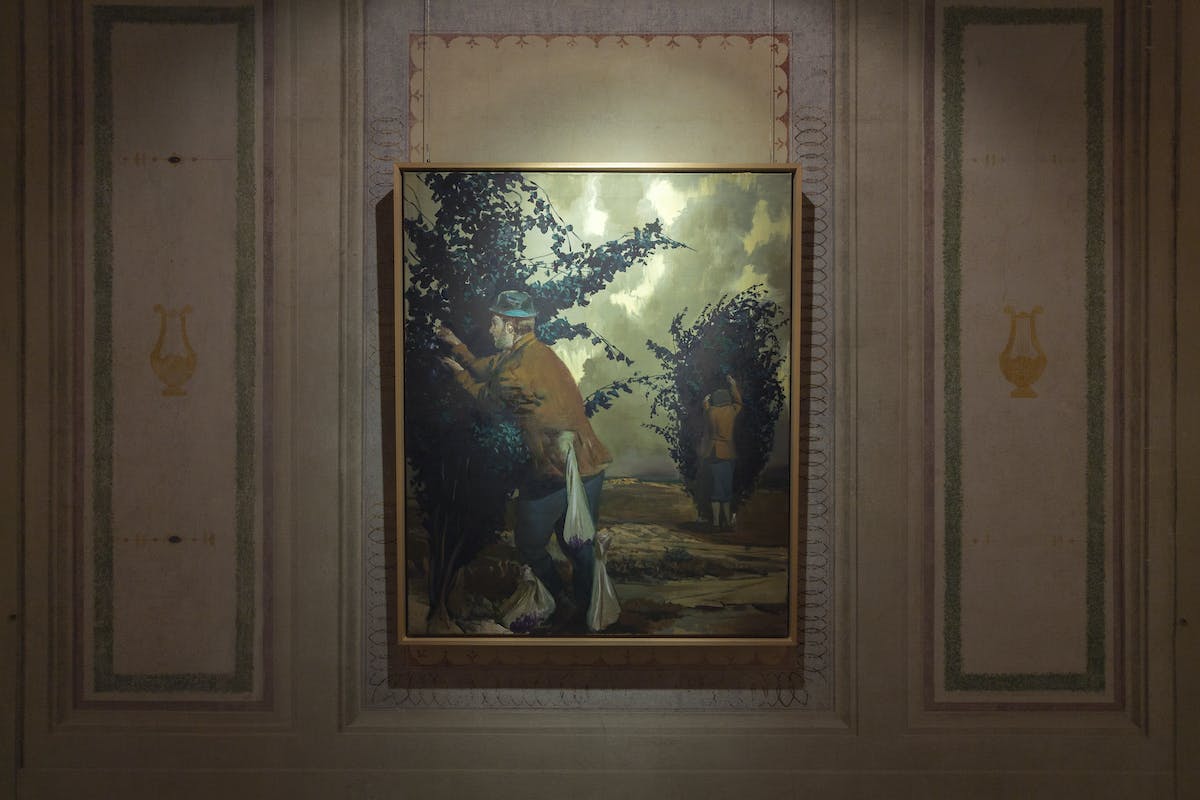 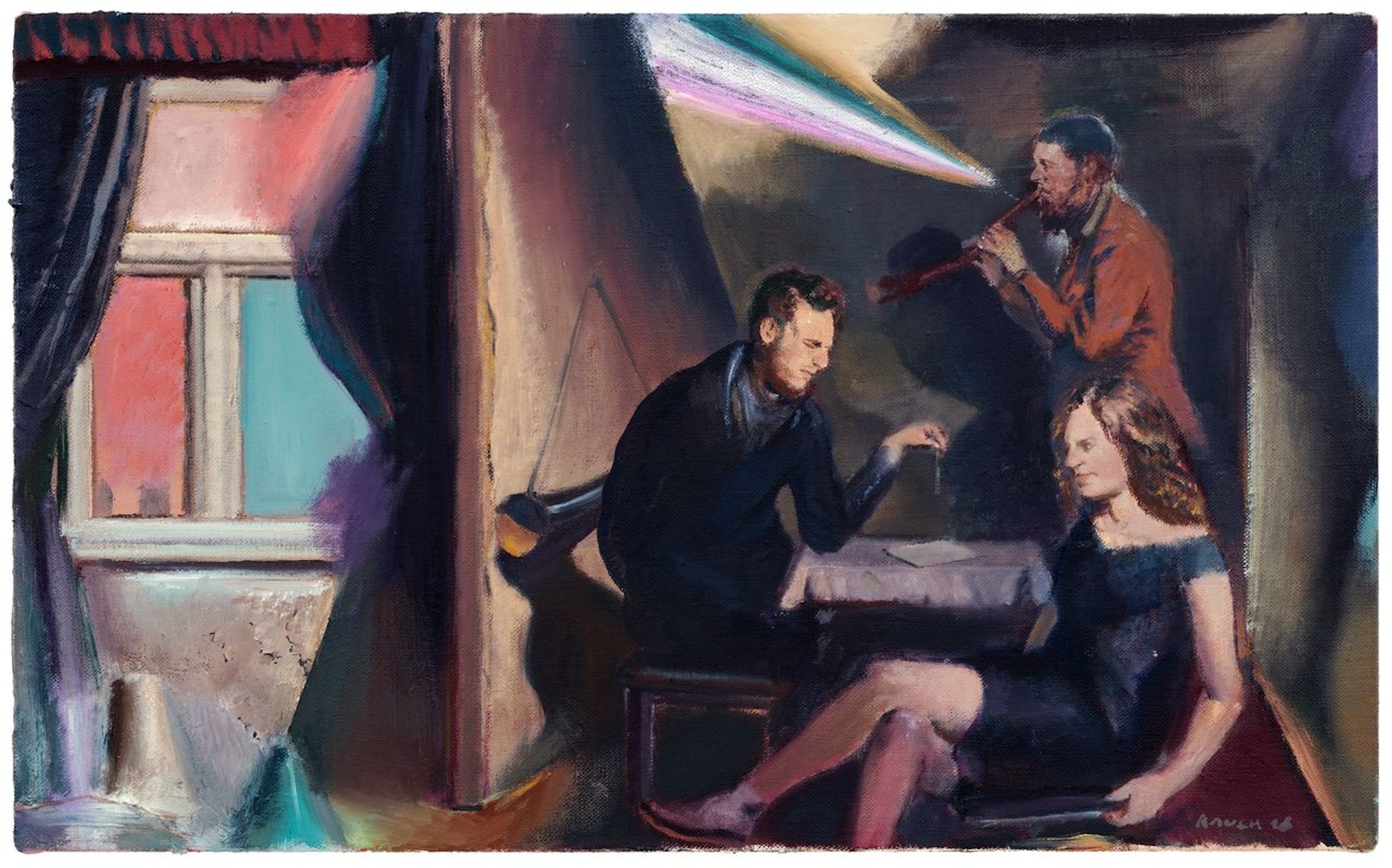 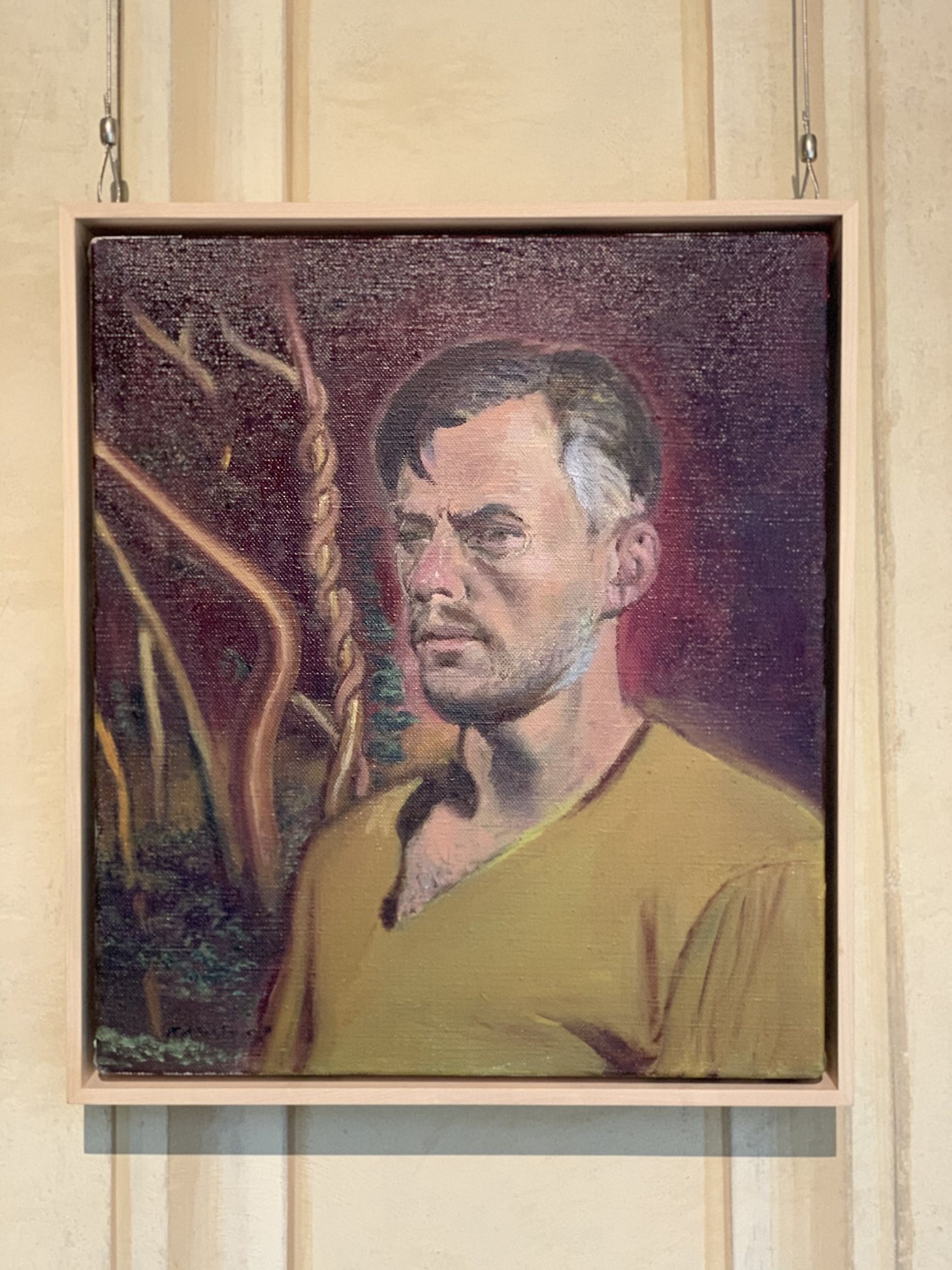 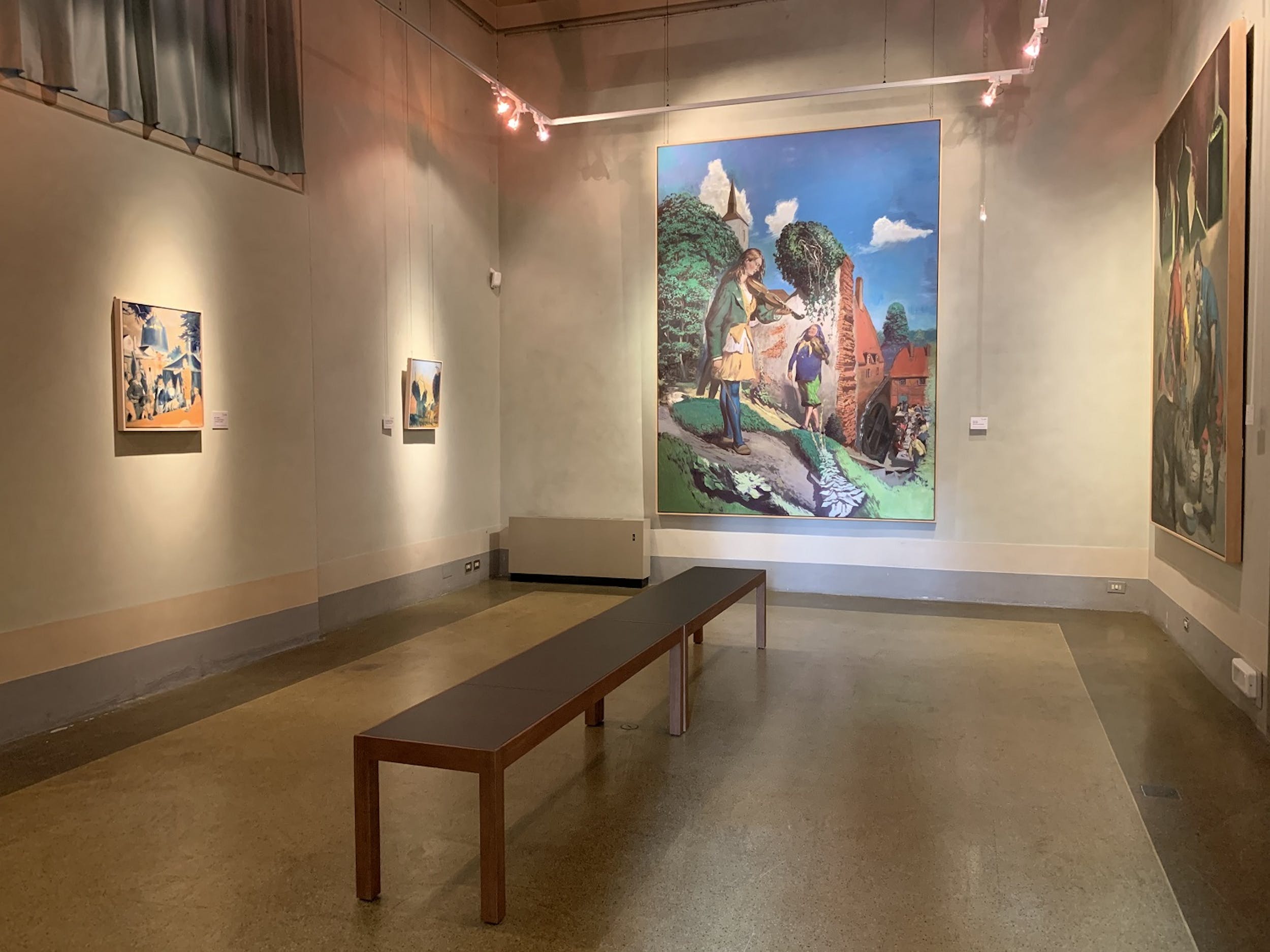 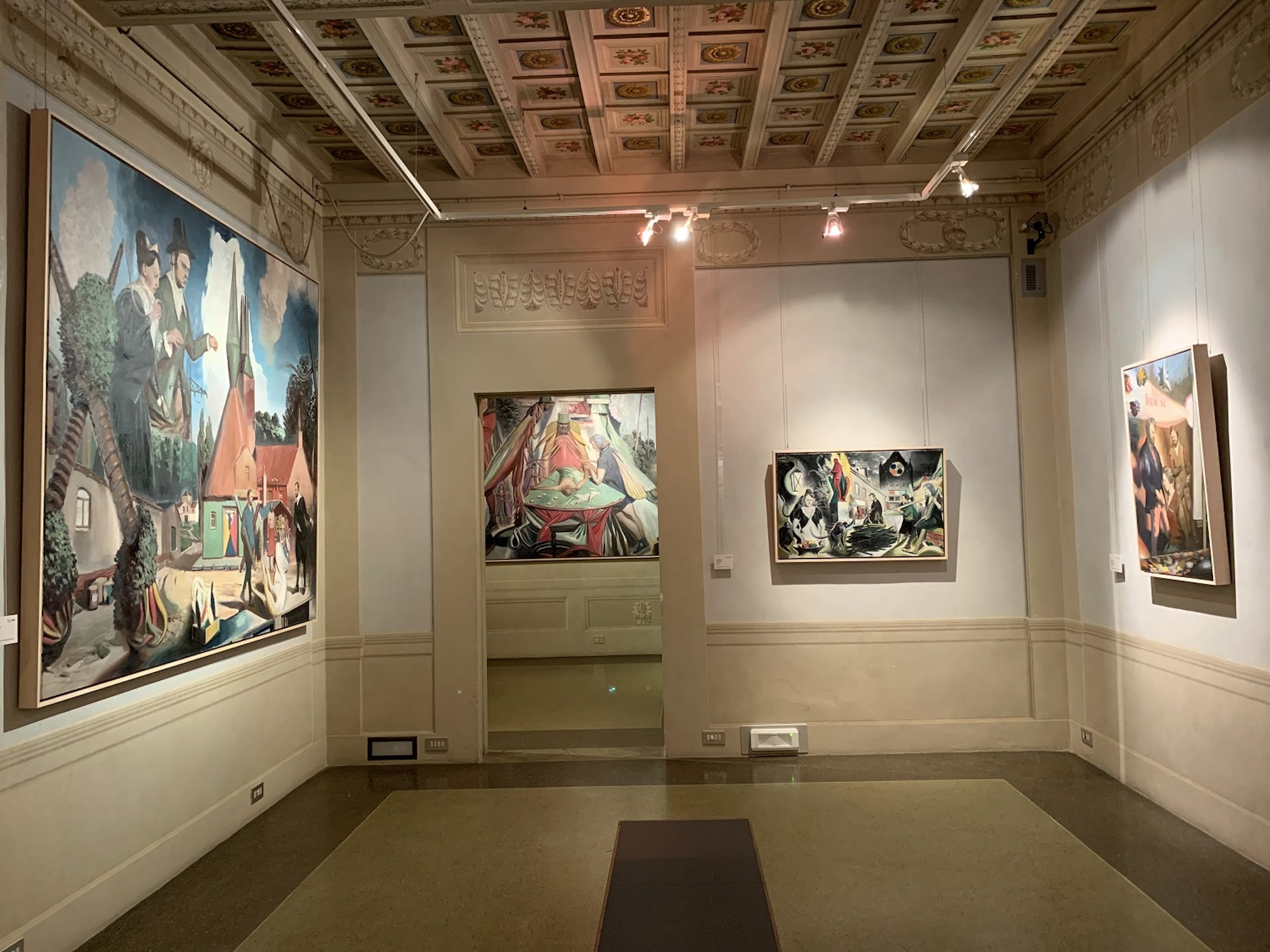 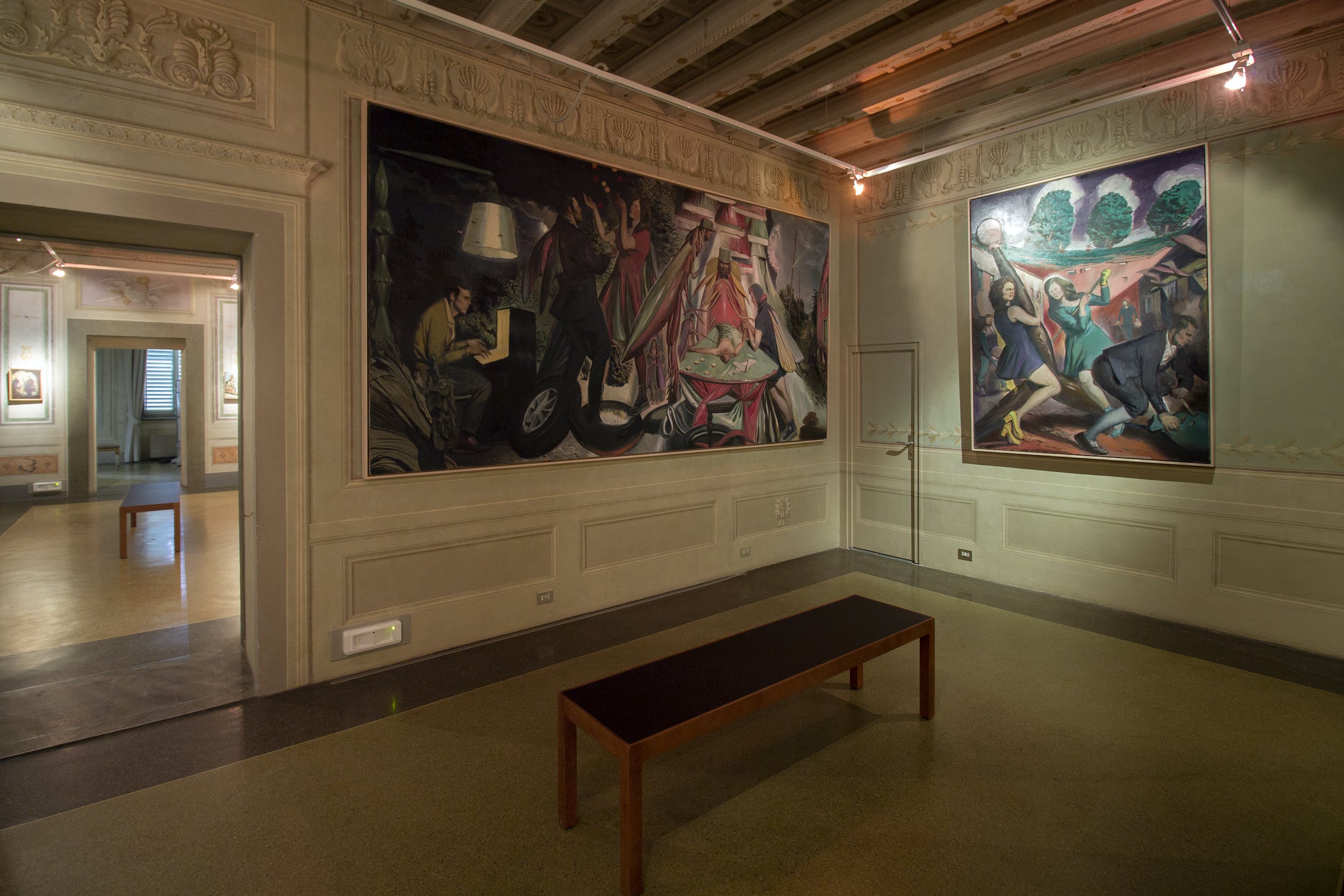 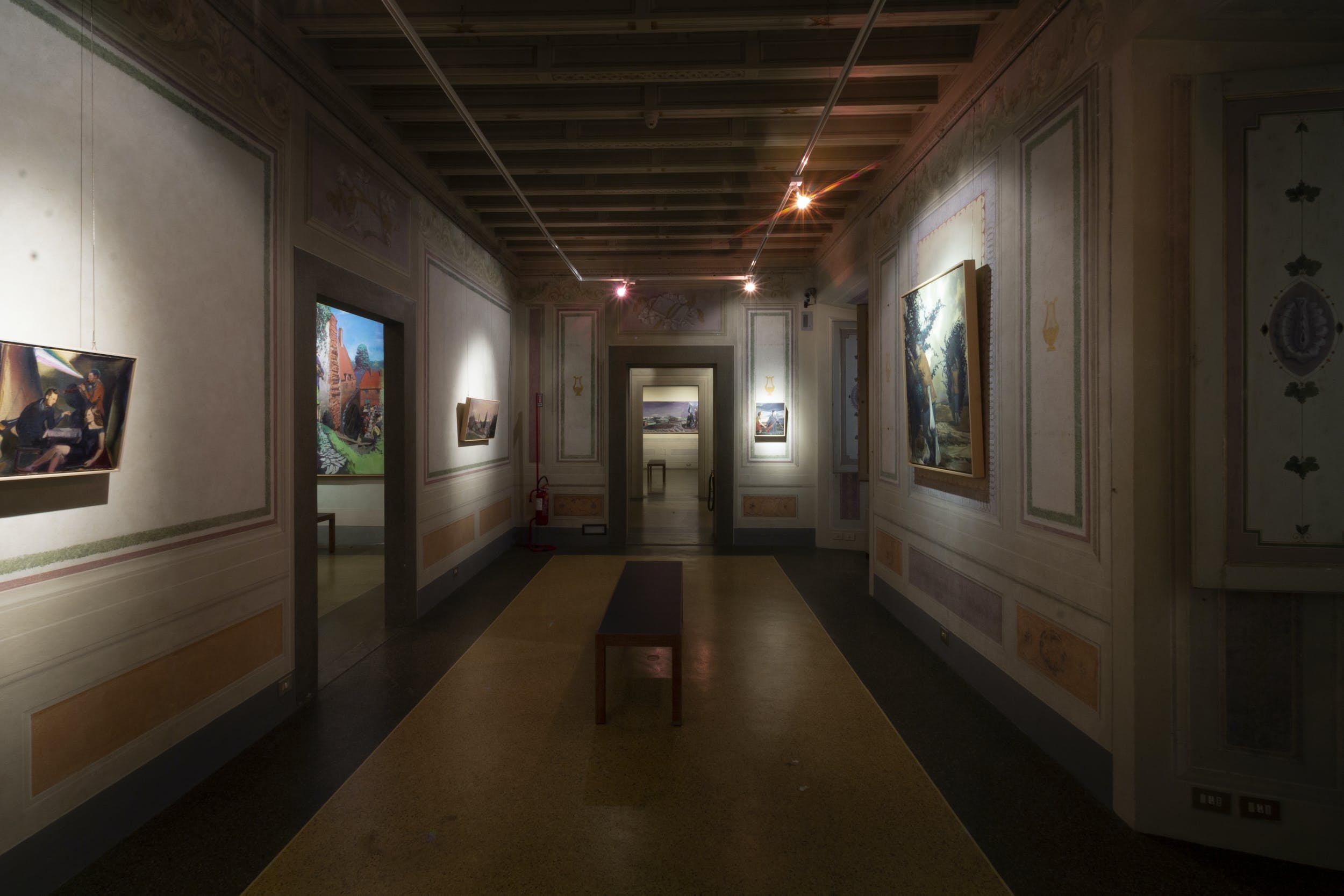 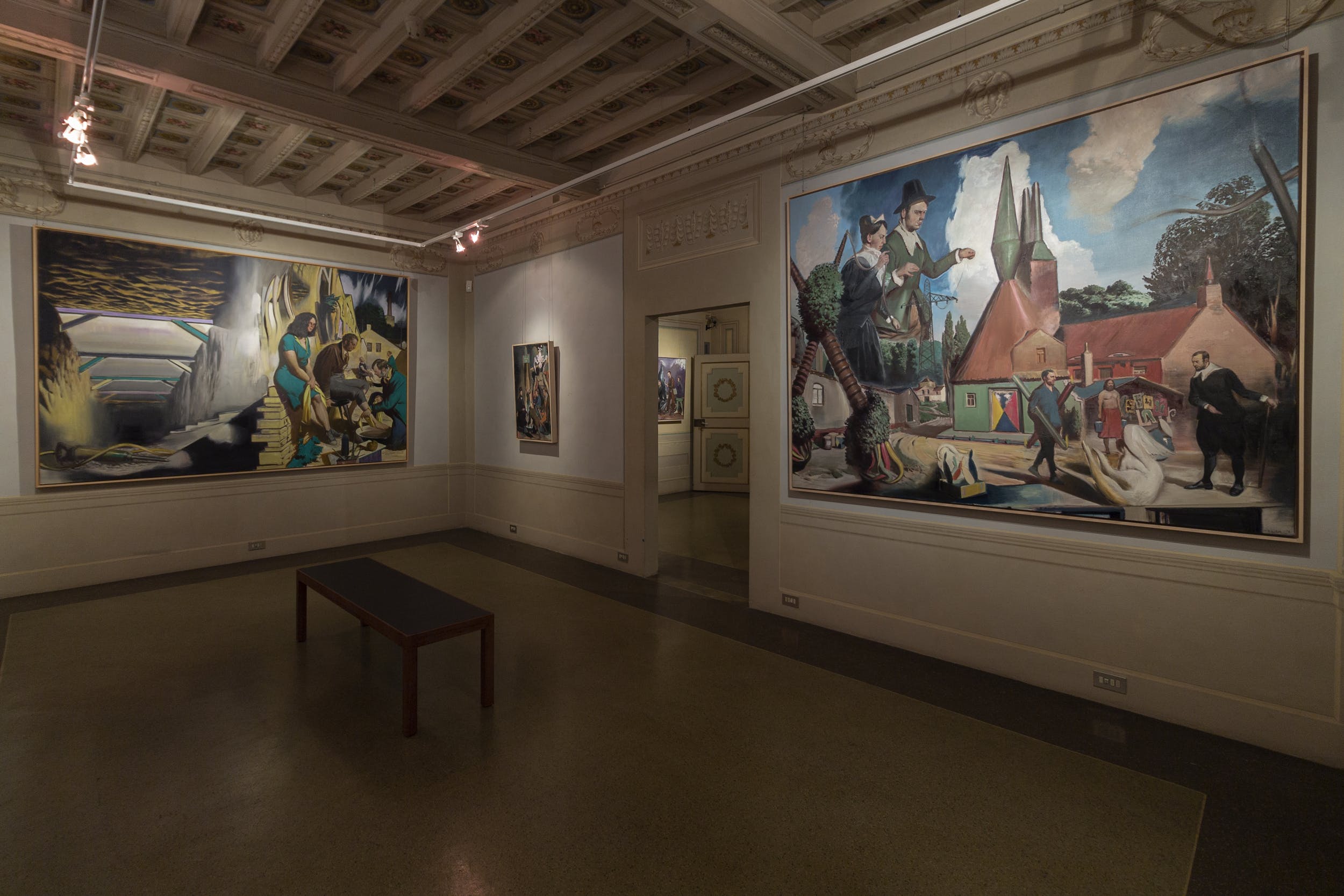 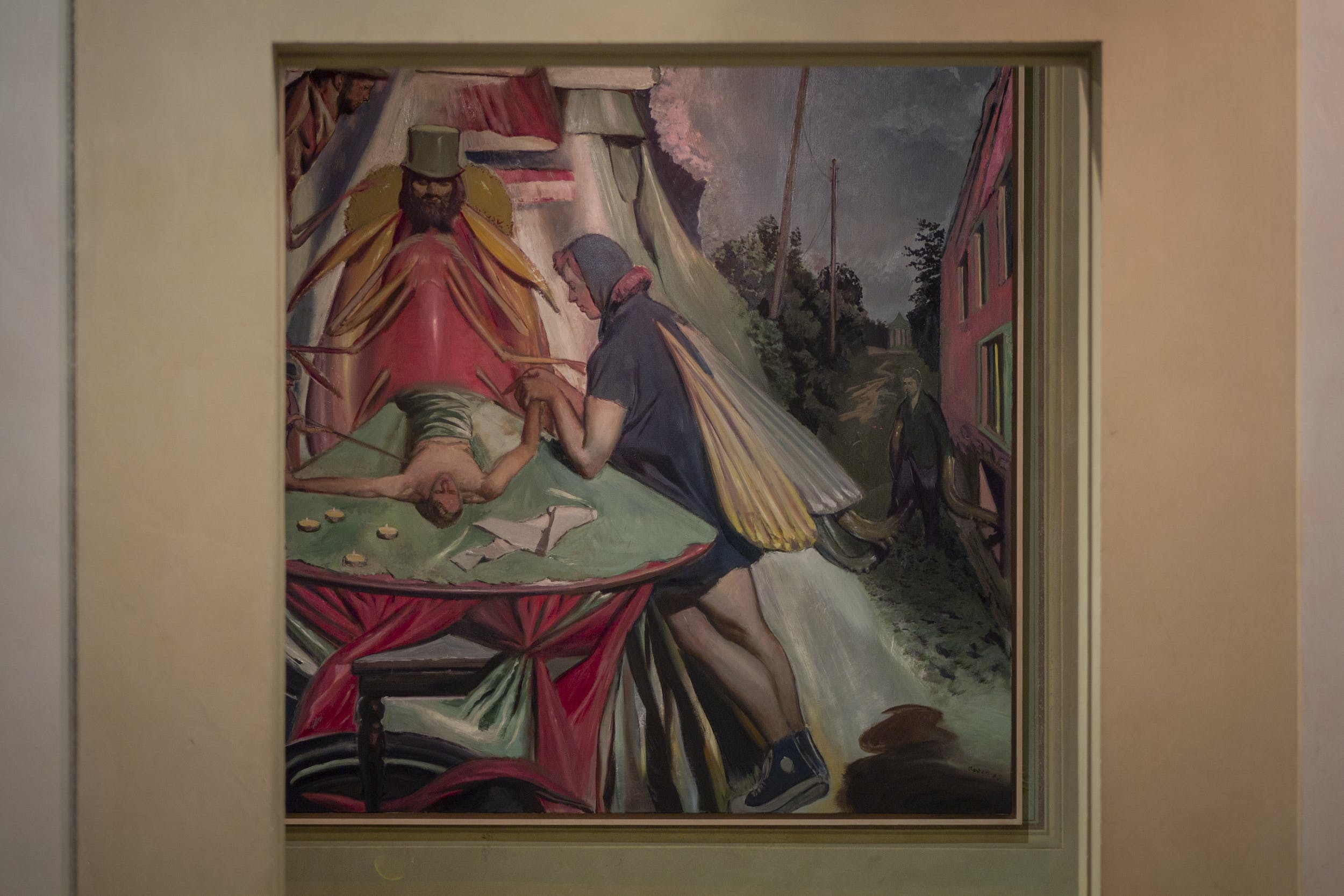 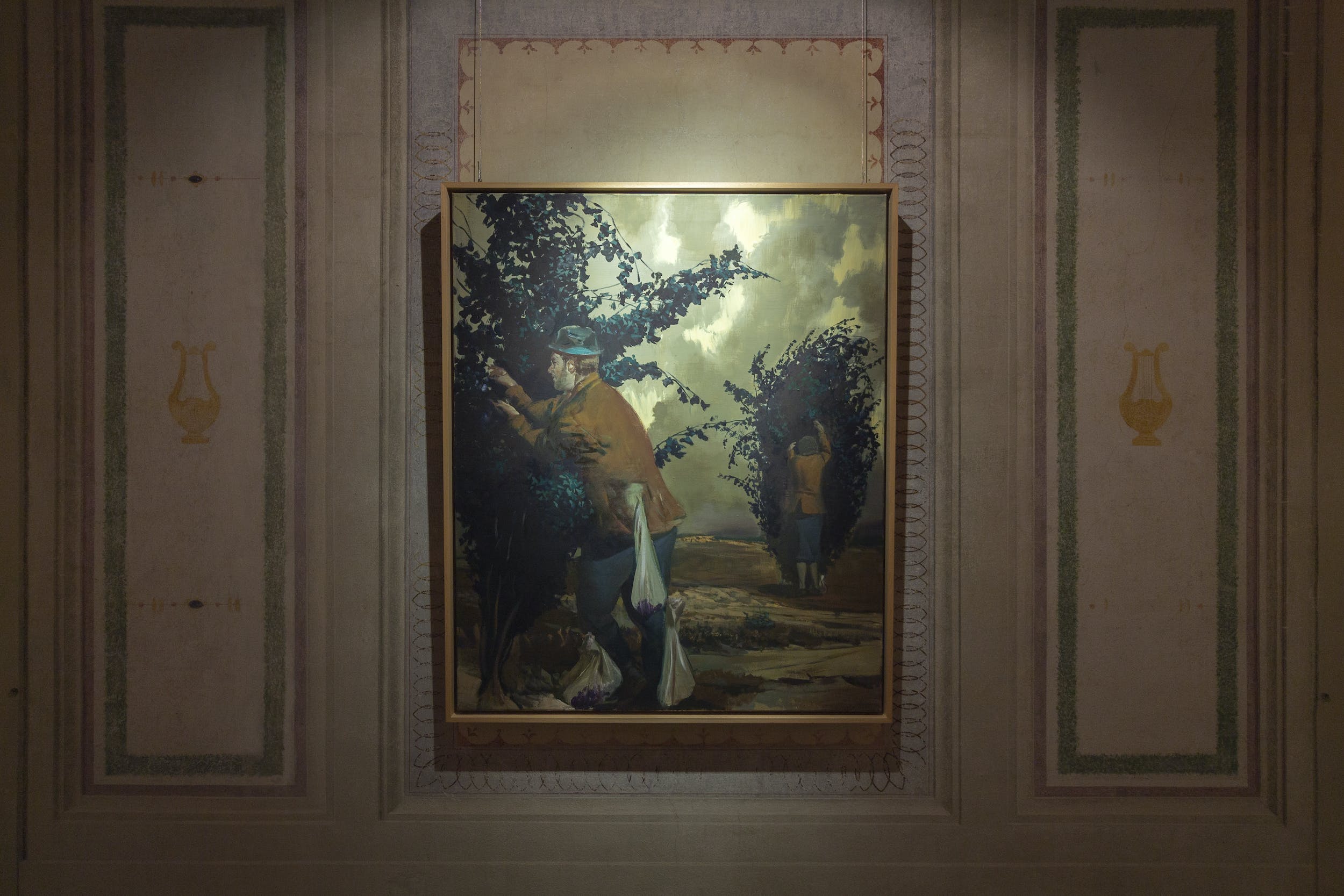 Admission free: for children of any nationality under the age of 18, disabled visitors and one carer, journalists members of the Italian journalist order, academic staff and students of architecture, cultural heritage conservation and the educational sciences, or pursuing the archaeology or art history pathway in a degree course in the humanities and philosophy, or a degree or equivalent course in any European Union member country, and for Italian full-time or part-time teachers in state schools or the equivalent.

Heaven in a Room. Wooden ceilings in Renaissance Florence and Rome

Worn by the Gods. The Art of shoemaking in the ancient world, the epic movie and contemporary fas...

"Il Pane e i Sassi." The Uffizi on view in Matera, 2019 European Capital of Culture