HomeEventsExhibitions
Exhibitions | From 05/09/2017 to 15/10/2017
The Uffizi and its Hinterland Preparatory paintings by Luca Giordano and Taddeo Mazzi for two large monastic complexes
The Uffizi has devised this exhibition to introduce the public to two of its most important new acquisitions of the past two years: two preparatory paintings – one by Luca Giordano, the other by Taddeo Mazzi – for far larger decorative schemes in fresco and on canvas adorning monastic complexes situated in and around Florence

The first painting (by Luca Giordano) is a preparatory work for a fresco in the Corsini Chapel in the Basilica of Santa Maria del Carmine (1682) in Florence, while the second (by Taddeo Mazzi) is associated with an altarpiece painted for the Dell'Antella Chapel in the Sanctuary of Monte Senario (1725–6). Both works highlight the close ties between the Uffizi and its hinterland because they are linked to large decorative schemes which are part and parcel of the historical and artistic fabric of the city and its hinterland, thus in many ways they serve as an open invitation to visit sites which, while of immense interest, are perhaps less well-known to the general public.

The quality of both preparatory paintings explains the popularity of a genre appreciated by collectors for its manageable format and for the ability to summarise and the rapidity of execution typical of "unfinished" work. "The first of two exhibitions opening this September to showcase the Uffizi's new acquisitions is devoted to two "sketches", two "ideas" or "models": one a late 17th century work and the other dating from the early 18th century, the heyday of the genre's popularity with collectors. And indeed this is no mere coincidence, because they both serve to demonstrate one of the crucial aspects of the connection between the museum and its hinterland. Being part of the creative process in the artist's workshop, part of the path leading up to the final work, just like the preparatory drawings that Giorgio Vasari collected in his legenday Libro, the preparatory painting or "bozzetto" is closely connected with works of art present in the city and its surrounding area yet which either cannot be moved (frescoes in a dome) or should not be moved (an altarpiece painted to grace a specific architectural and decorative environment)" (Eike D. Schmidt, Director of the Uffizi).

The paintings are accompanied in the exhibition by self-portraits of Luca Giordano and Taddeo Mazzi which entered the Uffizi's collections in the grand ducal era, and by another two preparatory works historically linked to the new purchases. Thus the Sala del Camino also hosts another preparatory painting by Luca Giordano for the frescoed vault of the large dome in the chapel in the Carmine depicting the "Dedication of the Chapel", from the Galleria Corsini, and a study owned by the Uffizi for the fresco adorning the vault in the nave of the church at Monte Senario, painted by Anton Domenico Gabbiani in 1718.

Neapolitan painter Luca Giordano ( 1632 – 1705) was already a famous and very popular artist by the tine he arrived in Florence in 1682 for his second stay in the city. Bartolomeo and Neri Corsini, cousins from one of Florence's leading families, had commissioned Luca to paint a majestic fresco for the large dome of their family chapel in the basilica of Santa Maria del Carmine to celebrate their ancestor Andrea Corsini, a Carmelite and former bishop of Fiesole who had been canonised in 1629. Luca developed the chosen subject, St. Andrea Corsini Received into Heavenly Glory by the Most Holy Trinity, with a thoroughly Baroque sensitivity, expanding the space of the dome with his painting and populating it with a multitude of figures depicted in an astonishing variety of poses and expressions.

From sources in the archives we learn that Giordano produced three careful preparatory sketches in early 1682 as a way of jotting down his "thoughts" for the frescoes. One of these sketches – depicting the main scene with St. Andrea ascending into heaven – was thought for decades to have been lost but it reappeared on the antique market at the Biennale dell'Antiquariato in 2015. The Uffizi purchased it in 2016 to ensure that the public could enjoy this precious memento of the most important Baroque decorative scheme of the final decades of the 17th century in Florence.

Taddeo Mazzi, who was born in Palagnedra in Switzerland, entered the Compagnia di San Carlo Borromeo in Via dei Calzaioli at the age of only eighteen in 1694. The Compagnia was the natural focal point for the city's substantial Lombard community which included other artists, particularly plasterers, from the Canton Ticino. Mazzi worked with them on the decoration of the chapel dedicated to Manetto dell'Antella in the Servite sanctuary of Monte Senario, where he frescoed the dome and painted the altarpiece the preparatory painting for which is displayed in the exhibition. The small picture with its skilled and rapid handling of textural, almost clotted paint shows him to be an effective exponent of early 18th century Florentine art, yet at the same time his interest in the tradition of the previous century shines through in his almost archaic approach to composition, which we may compare with the paintings from another chapel associated with the Dell'Antella family in the Santissima Annunziata, also a Servite church. The painting, which can be dated to 1726, came at the end of a career in which Mazzi devoted his energy almost solely to religious painting, pointing up his espousal of the precepts that governed the circle of Grand Duke Cosimo III and of his daughter, the Electress Palatine Anna Maria Luisa. Mazzi painted a portrait of the Electress Palatine in the guise of St. Anne, now in the Villa La Quiete, as a tribute both to the princess's own given name and to the piety of the last member of the Medici who left her family's art collections, still owned by our museums, to the city of Florence.

The exhibition is curated – and the catalogue, published by Giunti, is edited – by Alessandra Griffo and Maria Matilde Simari. The exhibition is promoted by the Ministero dei beni e delle attività culturali e del turismo in conjunction with the Uffizi and Firenze Musei. 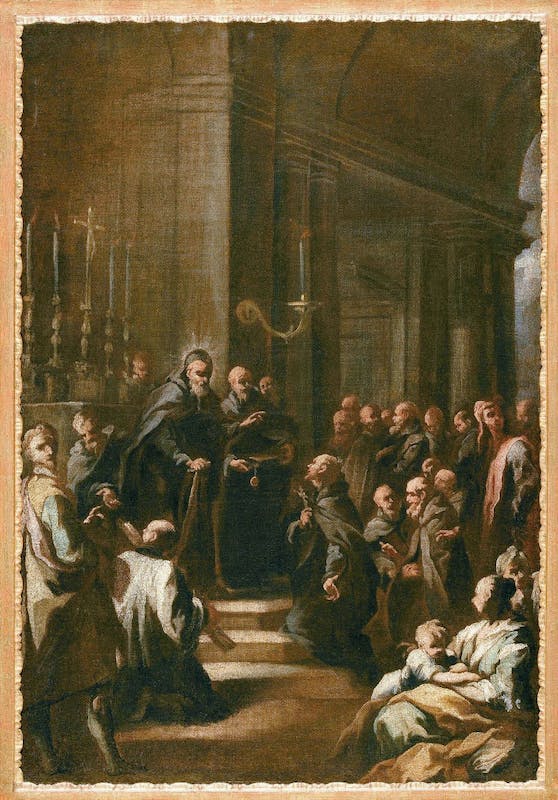 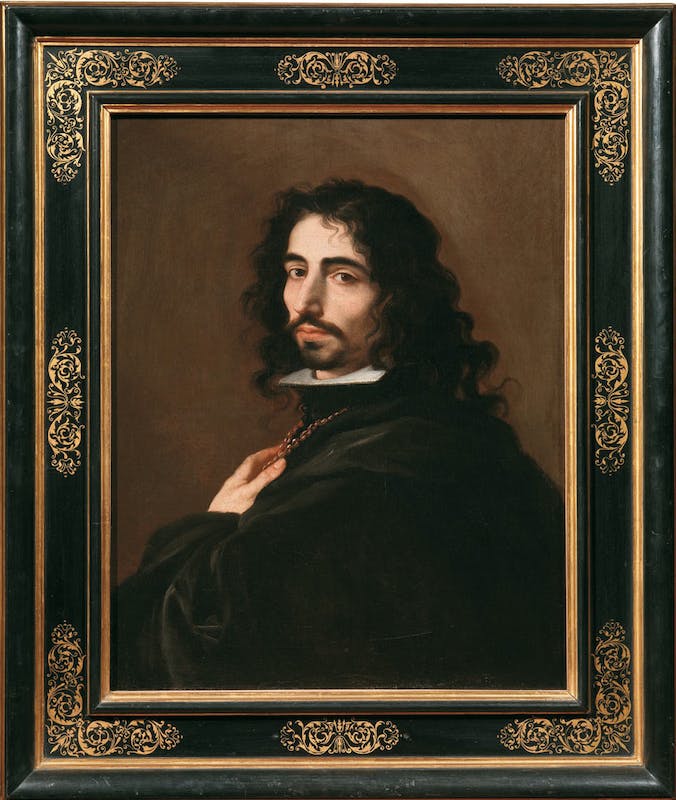 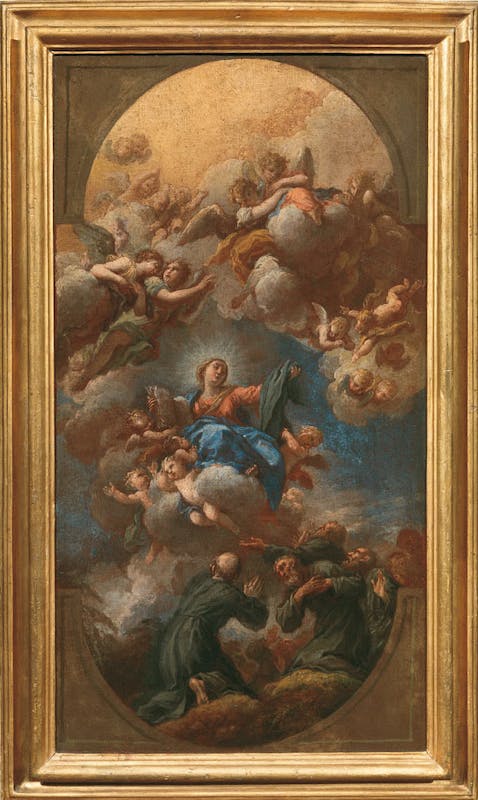 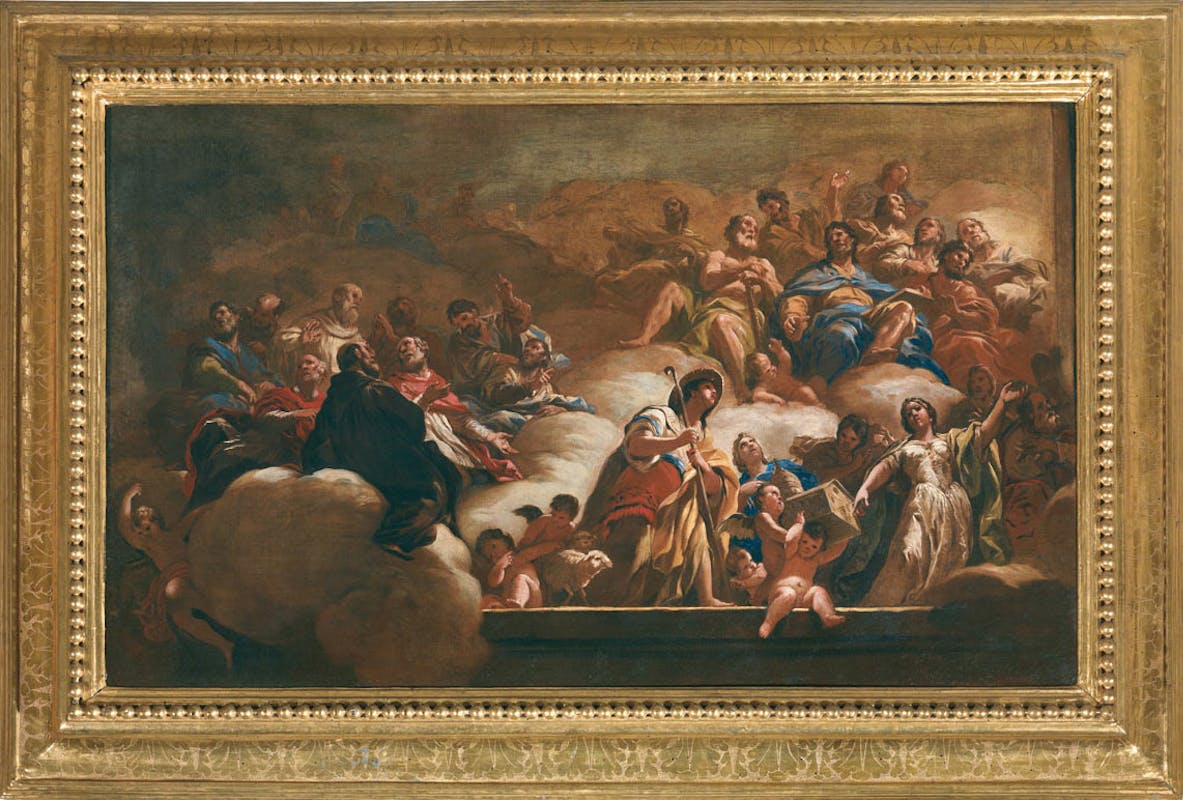 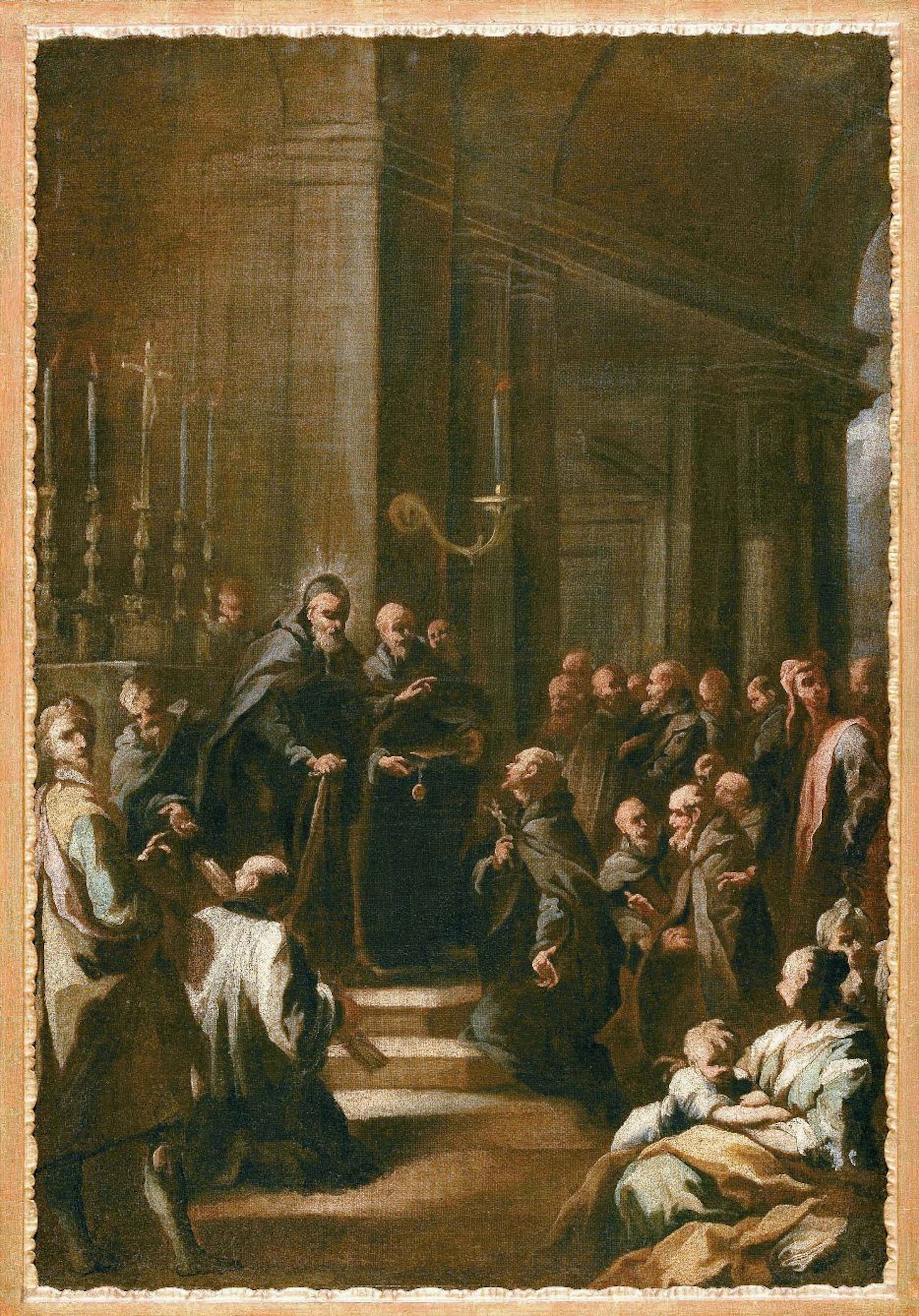 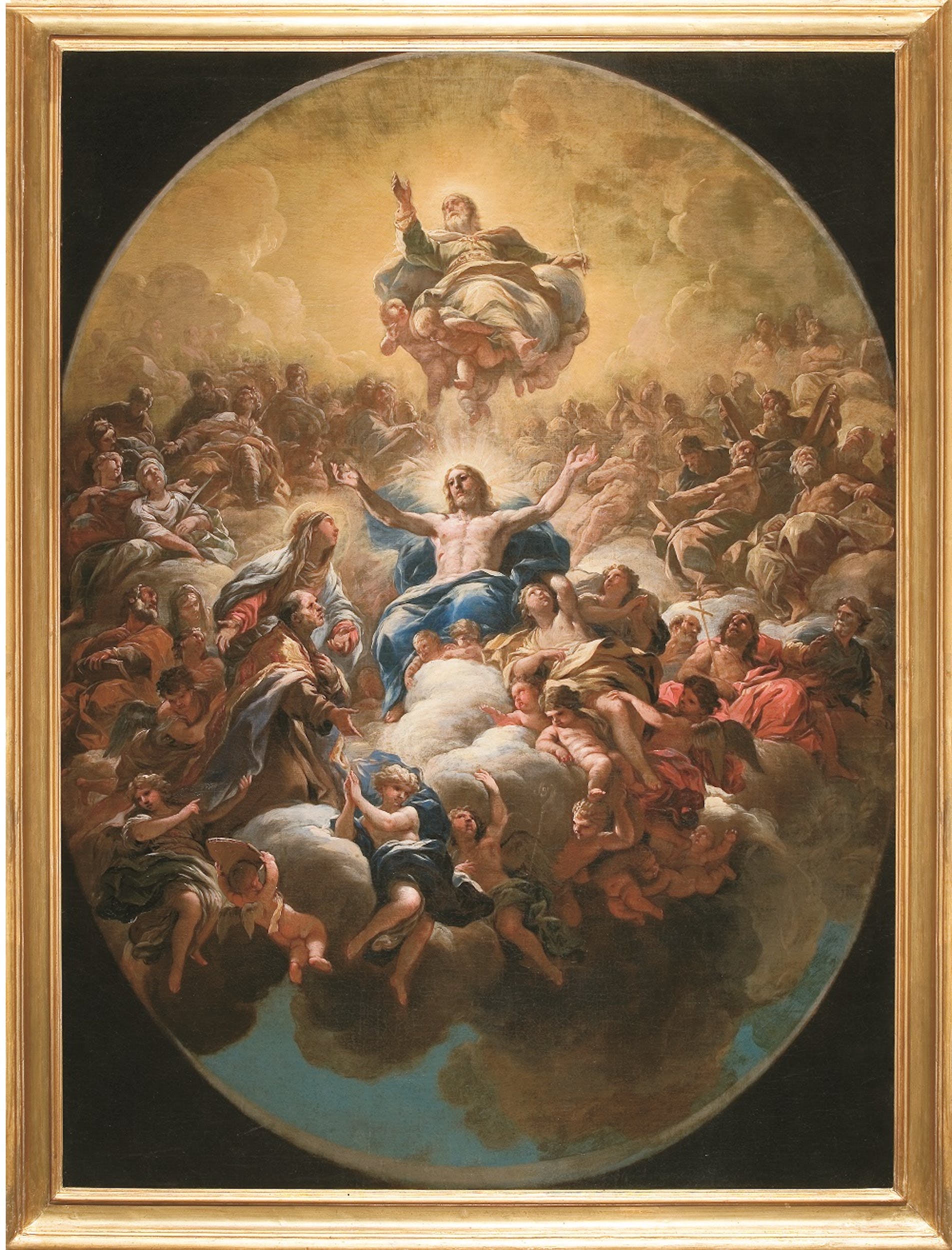 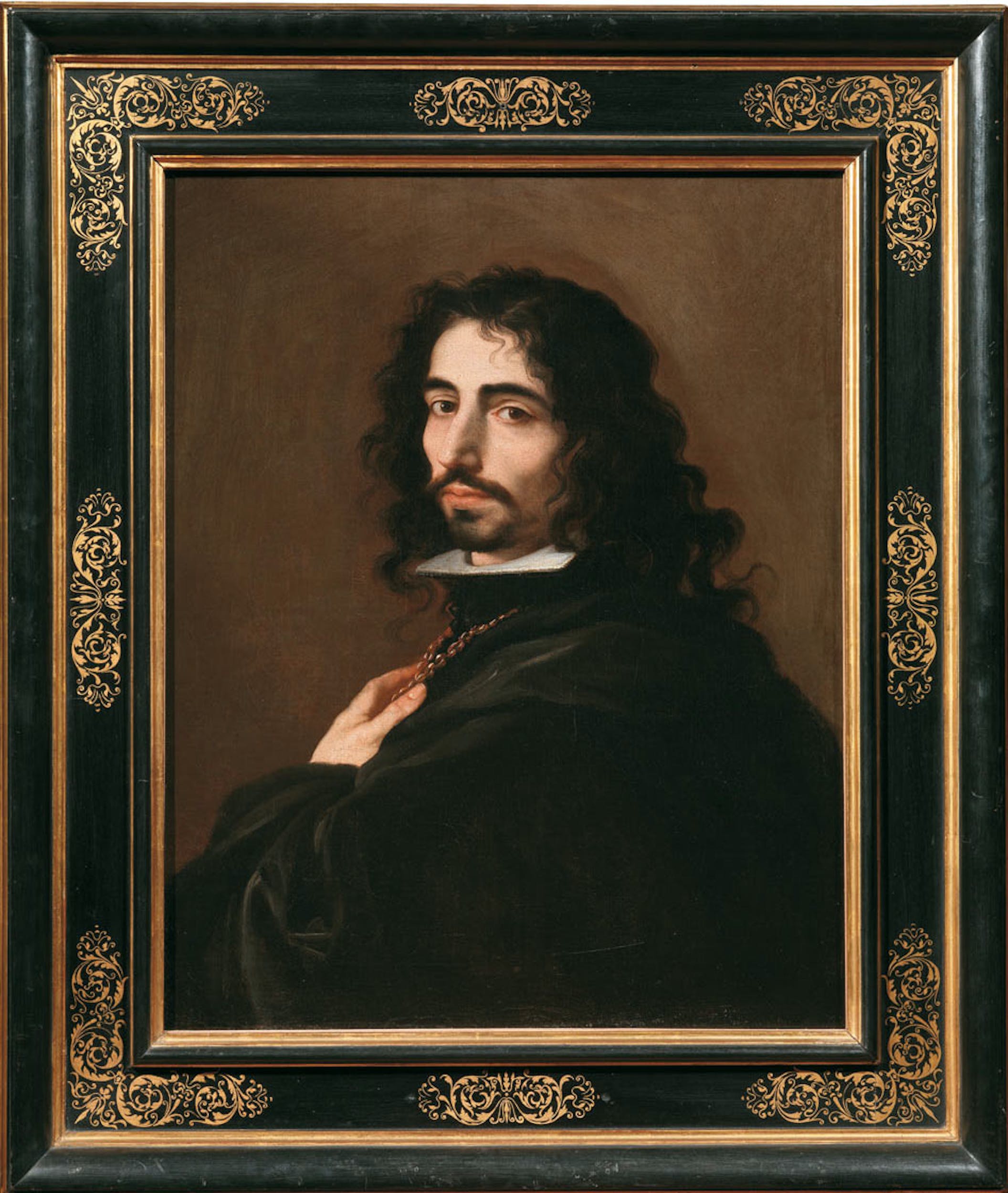 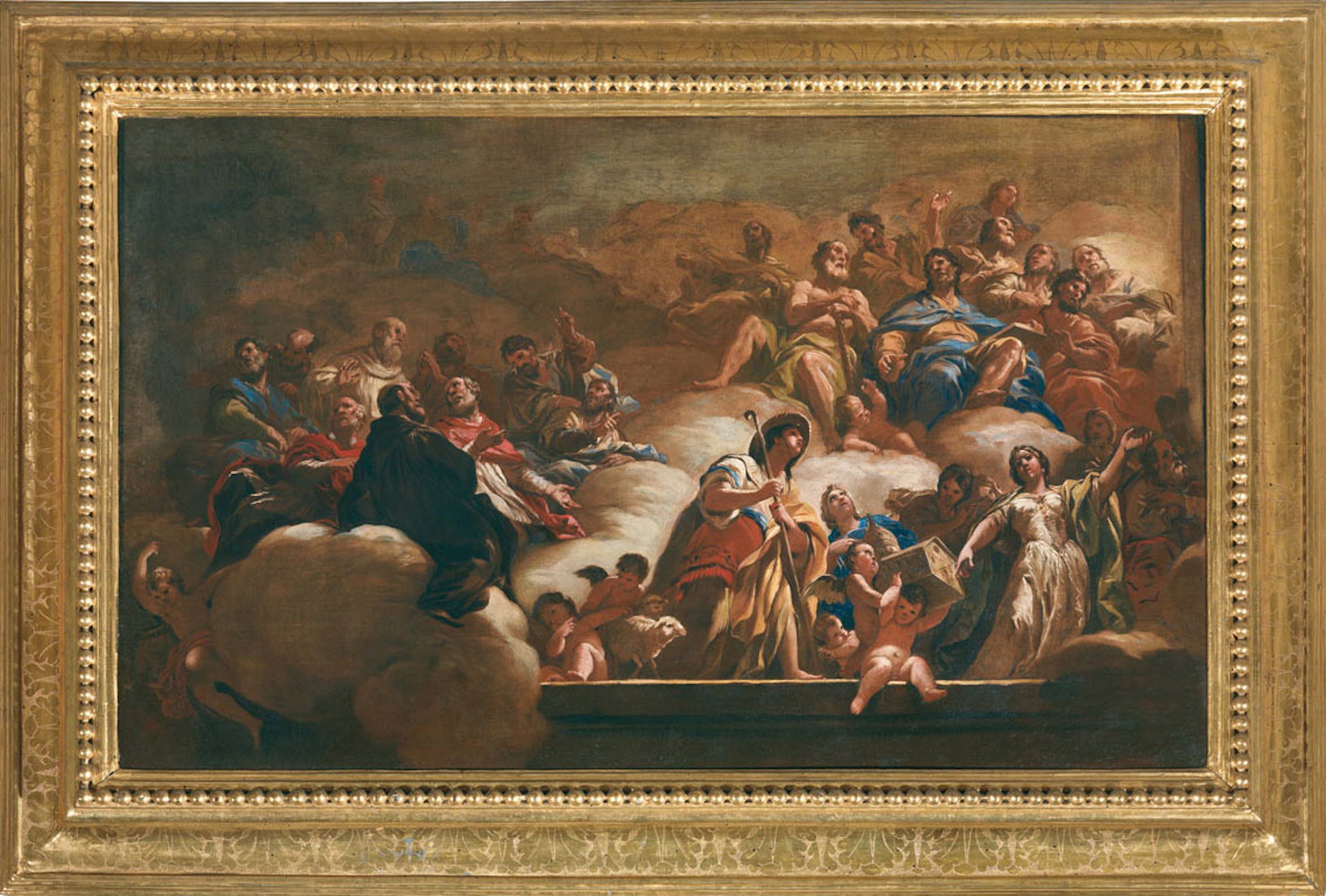 The same as the Uffizi info