We are especially fortunate to be holding the first retrospective of Fritz Koenig’s work after his death in Florence. Not only is it the only retrospective of his work to take place since the one held at Haus der Kunst in Munich in 1974 on the occasion of the sculptor’s fiftieth birthday, but it is also the largest solo exhibition that has ever been dedicated to a sculptor in Florence –significantly more comprehensive than even the 1972 show of Henry Moore’s work, which has become a classic in the history of museums and exhibitions. The current retrospective will for the first time show all of Koenig’s work phases, including the especially interesting creations from the over four decades of the second half of Koenig’s life, in which the artist withdrew entirely from the art market and almost completely from the art world. The comparison of his earlier works with those of his more mature work phases – which not only set forth his work but do so with increasing creative power – demonstrates the artistic unity of his oeuvre as well as the innovative power and precision of each individual work and each work component. Koenig’s status as the most important German sculptor of the second half of the twentieth century and as one of the greatest artists of the past century was recognized early on, especially in the United States. This can be seen in acquisitions dating back to the late fifties and early sixties by Peggy Guggenheim, MoMA, and even the Minnesota Museum of Art, among others, as well as in the momentous commission to create The Sphere for the World Trade Center Plaza (1968–1972).

After Fritz Koenig became interested in the issue of “group sculpture” (“Mengenplastik”) – inspired by the work of Kenneth Armitage – in 1956, he put it to test in Rome the following year, using the classical motifs of the biga and the quadriga, during a six-month fellowship at Villa Massimo. His trip to Venice in 1958 once again brought him in contact with Armitage, who the same year won the Prize for the Best Sculptor under 45 at the Biennale. It was here, six years earlier, that the Leeds-born artist had been among the exponents whose work – described by Herbert Read as the “geometry of fear” – had been shown in the British pavilion. But above all, with the groups of floating gondolas, Koenig discovered a further formal source for addressing the issue of the group sculpture, namely to merge serially varied motifs into a larger whole, to transform an accumulation of similar items into a formal system.

Fritz Koenig’s art is much more deeply rooted in the Florentine tradition than any outward motif might suggest. As a student of Anton Hiller’s, who had in turn studied with Adolf von Hildebrand’s follower Hermann Hahn, Koenig was the last important link in a succession of teaching at the Munich Academy that was often reductively referred to as “classicist”, but which just as strongly examined ancient Mediterranean cultures as well as cultivated Tuscan Renaissance art and its formal austerity in expressing the human figure. Hildebrand, who from 1874 on lived and worked in the former convent of San Francesco di Paola on the slope of the Bellosguardo hill facing the city, took an approach that differed fundamentally from the superficial enthusiasm for Michelangelo, which was common in the nineteenth-century. The German sculptor was more interested in an in-depth study of Buonarroti’s technique (gleaned not from his lyric poetry and certainly not from secondary writings) through which he derived a theory of art that he recorded from the mid-eighties and published in 1893 as Das Problem der Form in der bildenden Kunst [The Problem of Form in Painting and Sculpture].

Translated into French in 1903, it was quickly reprinted several times in both languages. Its significance for avant-garde art cannot be overstated. Whereas the exposition of the constructive and not mimetic approach that determined the ancient Roman and Renaissance Florentine sculptors’ approach in connection with the radical Vararian reduction of sculptural form to the drawing (“Sculpture undoubtedly arose from drawing, for giving depth to a drawing leads to the idea of relief”) was interpreted by classical modernism in its own familiar way, Hildebrand’s original way of implementation of his theory continued to spread within the artistic tradition of the Munich school.

It is evident that Koenig’s breakthrough from the group sculpture to the logographic script – the notion of the sculpture as a three-dimensional ideogramwas his most important contribution to sculpture – derives from Vasari’s concept of “disegno”, which was transmitted implicitly within the artistic practice of the followers of Hildebarnd’s. Of course, we are not dealing with a threedimensionally interpreted, conventional character, but with a spontaneous creation of a completely new and unique ideogram in space. The balance of these stereometric forms, which are, on the one hand, composed of these characters but, on the other hand, often seem to be about to disintegrate, fully dissolves sculpture into architecture, and architecture into sculpture. It is indeed the same as with Michelangelo, whose Tuscan austerity that shuns all frippery and embellishment Koenig shares. Similar to the prose of Robert Musil, Koenig’s precise, architectural-sculptural constructions are able to capture emotional content of the greatest depth, passion, and profundity.

Thus there is also a direct, inner connection to Marino Marini, who was a friend of Koenig’s and who visited Koenig at his Ganslberg home twice. Both artists were fascinated by the theme of riding and by the bond and fusion of horse and rider in all its atavistic-sexual symbolism. Florence, as the site of the current retrospective, is also home to the Marino Marini museum, which is only a few hundred meters away from the Uffizi. In addition, the archaeological exhibition A cavallo del tempo being shown this summer in the Limonaia at the Boboli Gardens lets visitors delve deeper into the theme of horse and rider in antiquity and the early Middle Ages.

Given the role of Florence in the tradition of artists biographies – Giorgio Vasari published the first comprehensive collection of artists’ vitae here in 1550, which was followed in 1568 by a revised edition, mostly enriched by information about contemporaries, while Ghiberti had recorded much briefer biographies of a number of artists a century earlier – the catalogue accompanying the first retrospective since Koenig’s death contains only contributions by authors who knew the sculptor personally and who, in some cases, had been friends with him for decades. But it would be limiting within today’s world to try to comprehend the artist and his work through the written word alone. For this reason the essays have been supplemented with collections of photographs arranged in eight “albums”, which are not intended to give a two-dimensional, surrogate recollection of the individual works (an undertaking that is always doomed to fail), but on the contrary to make use of what only a photograph is capable of doing: to show the works within their environment, in the setting of a fleeting moment. Following Julius Schulman’s architectural photography, people are not left out of the picture.

On the contrary, especially the artist is shown interacting with his work, not just translating his ideas into matter and shaping the form, but gazing, touching, moving through and around his work, in dialogue, engaged in critical observation, and commenting on that which is still in progress and which is already completed. 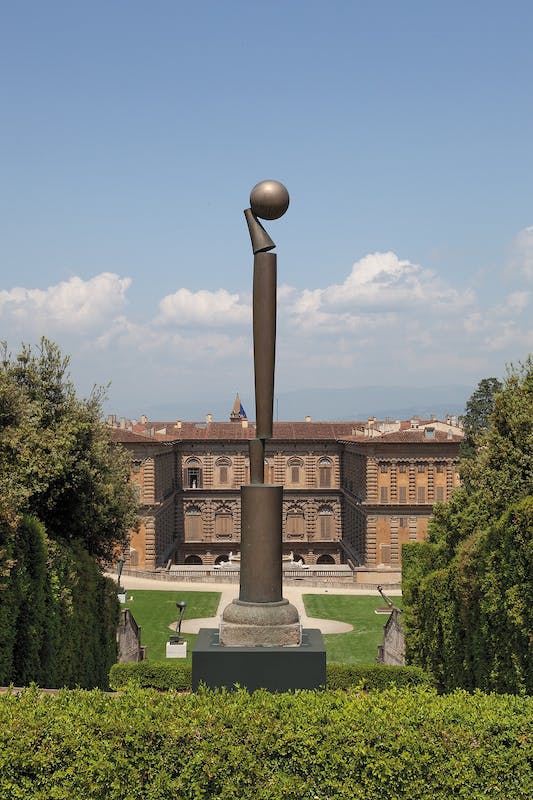 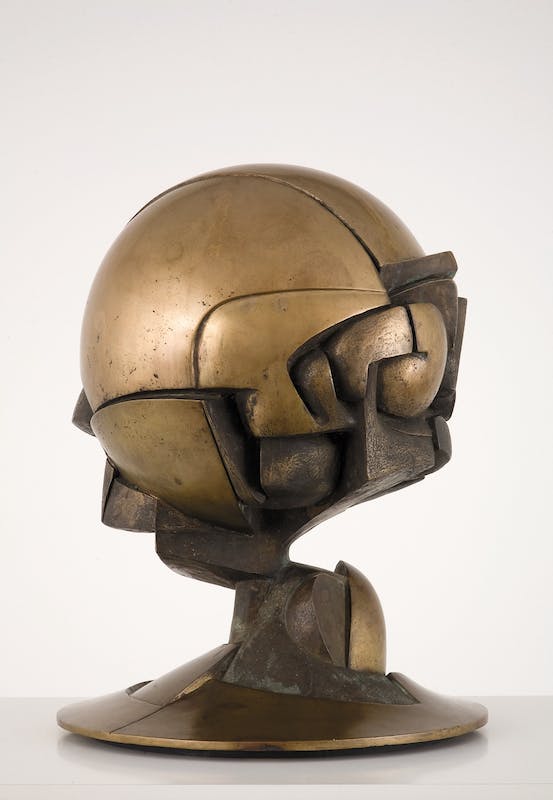 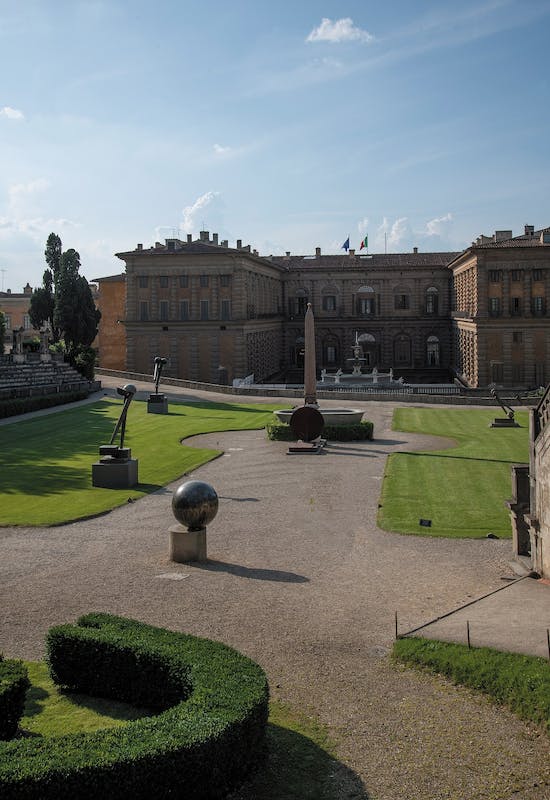 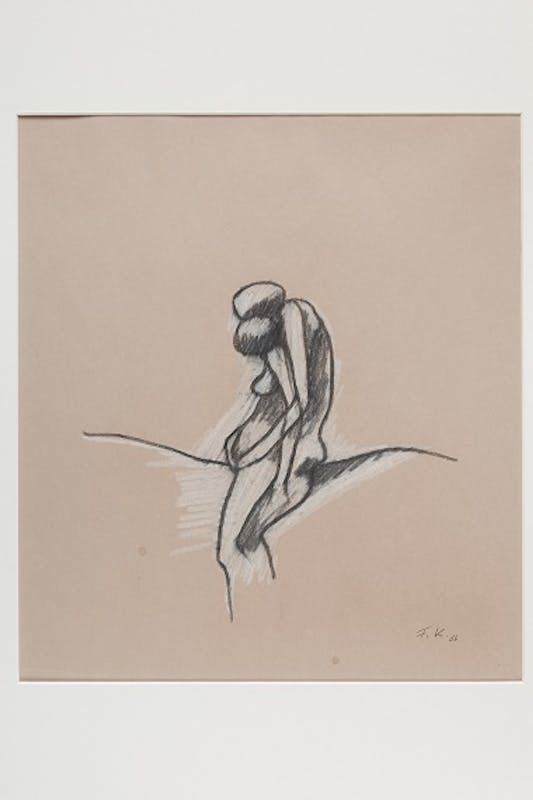 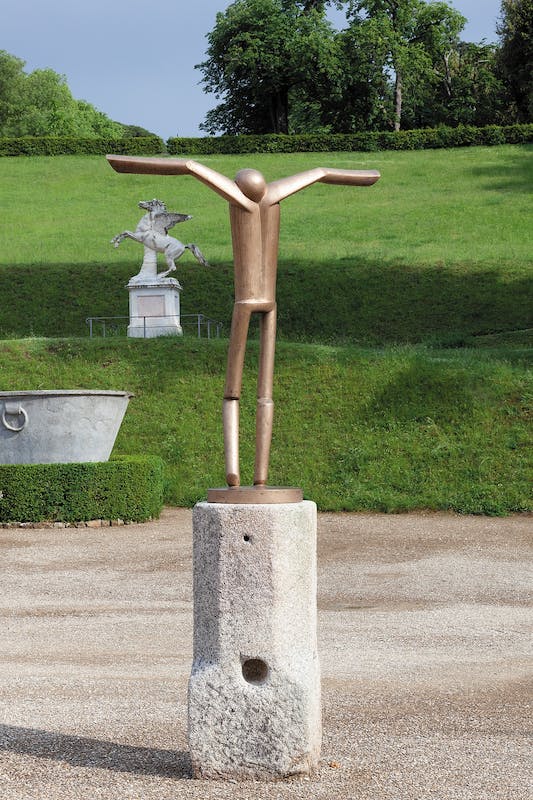 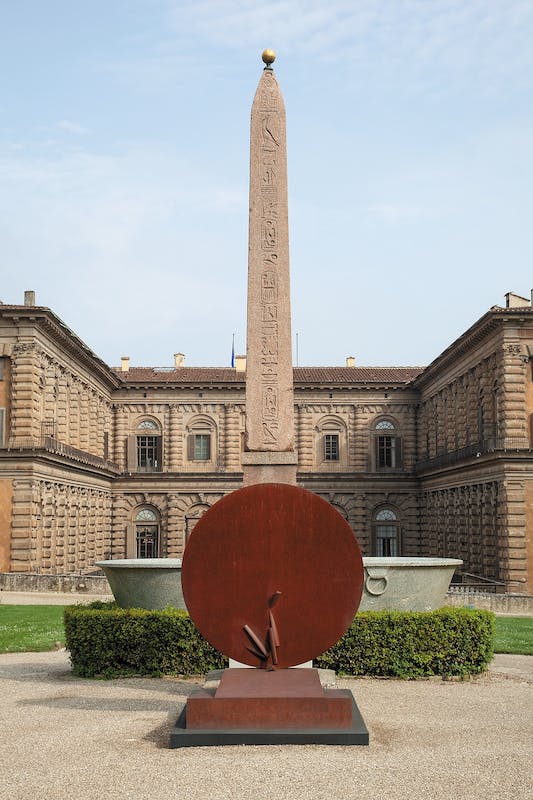 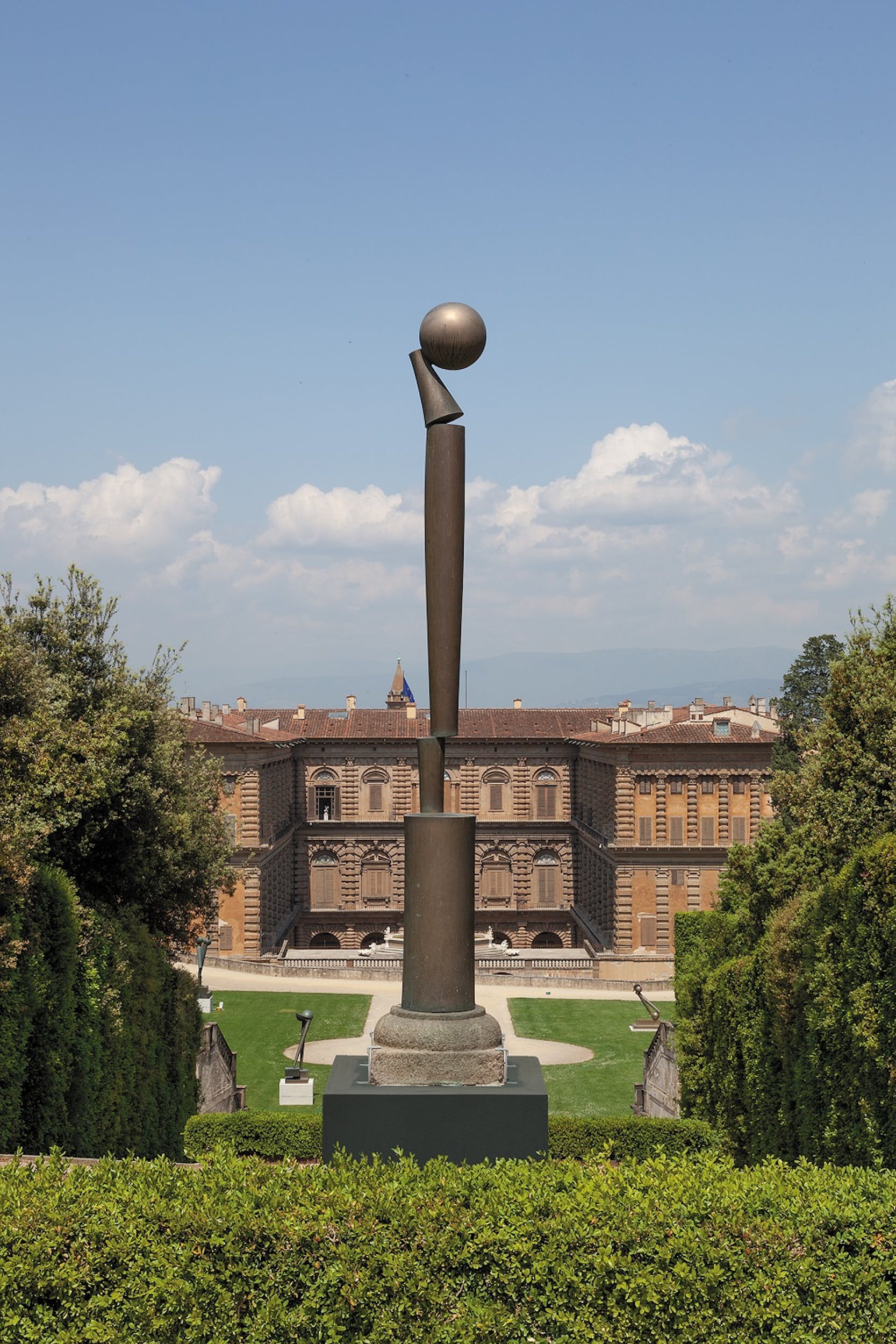 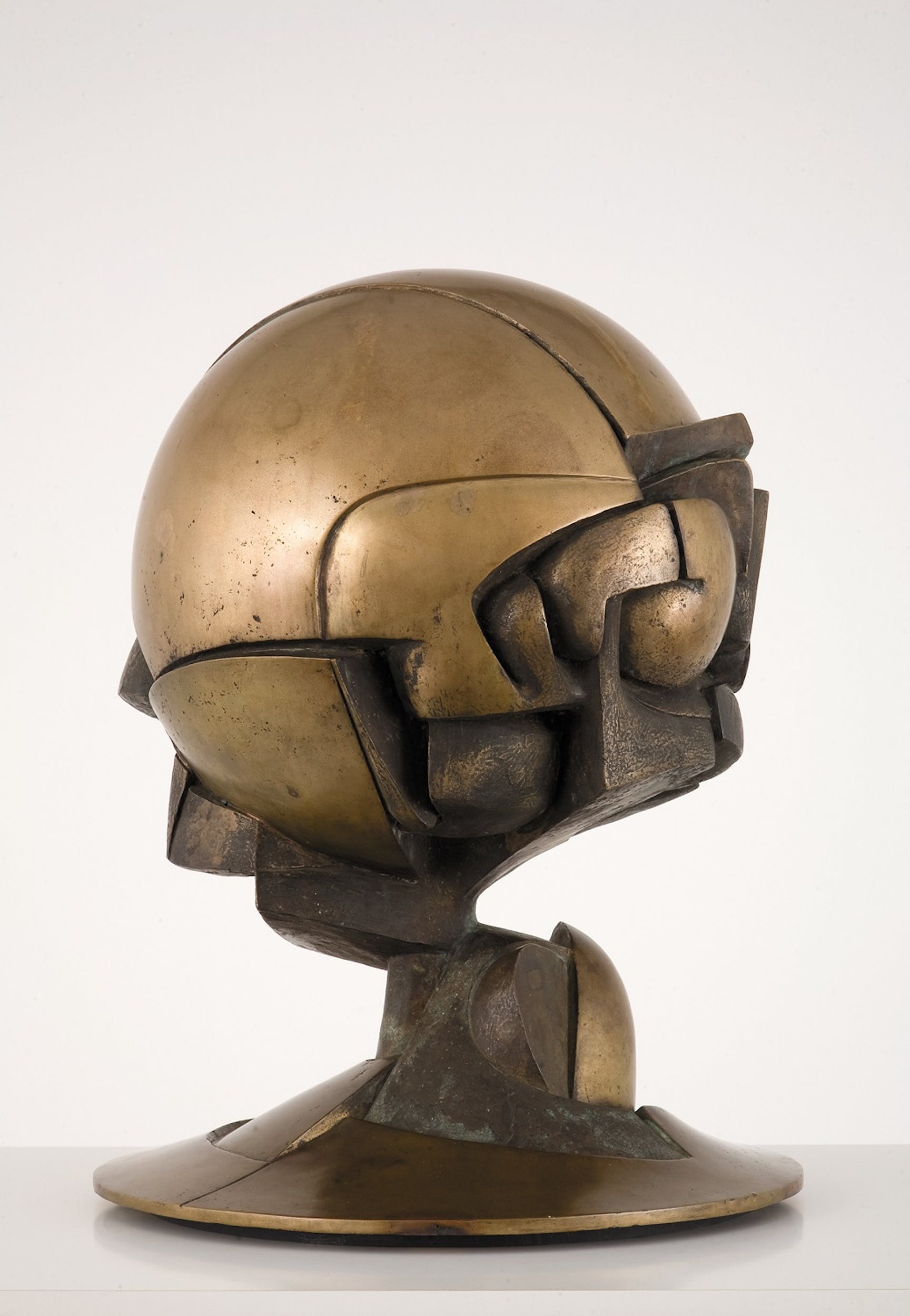 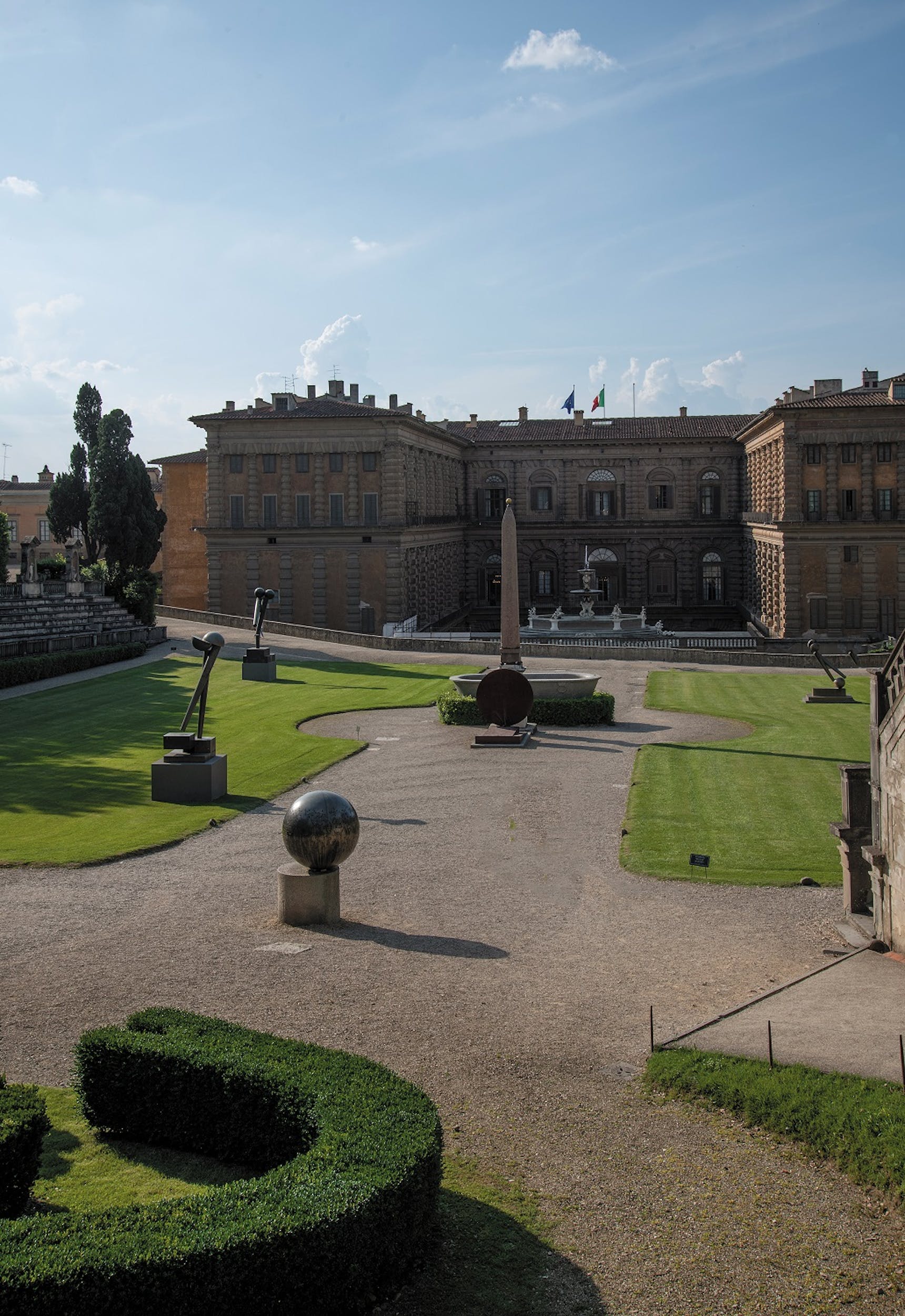 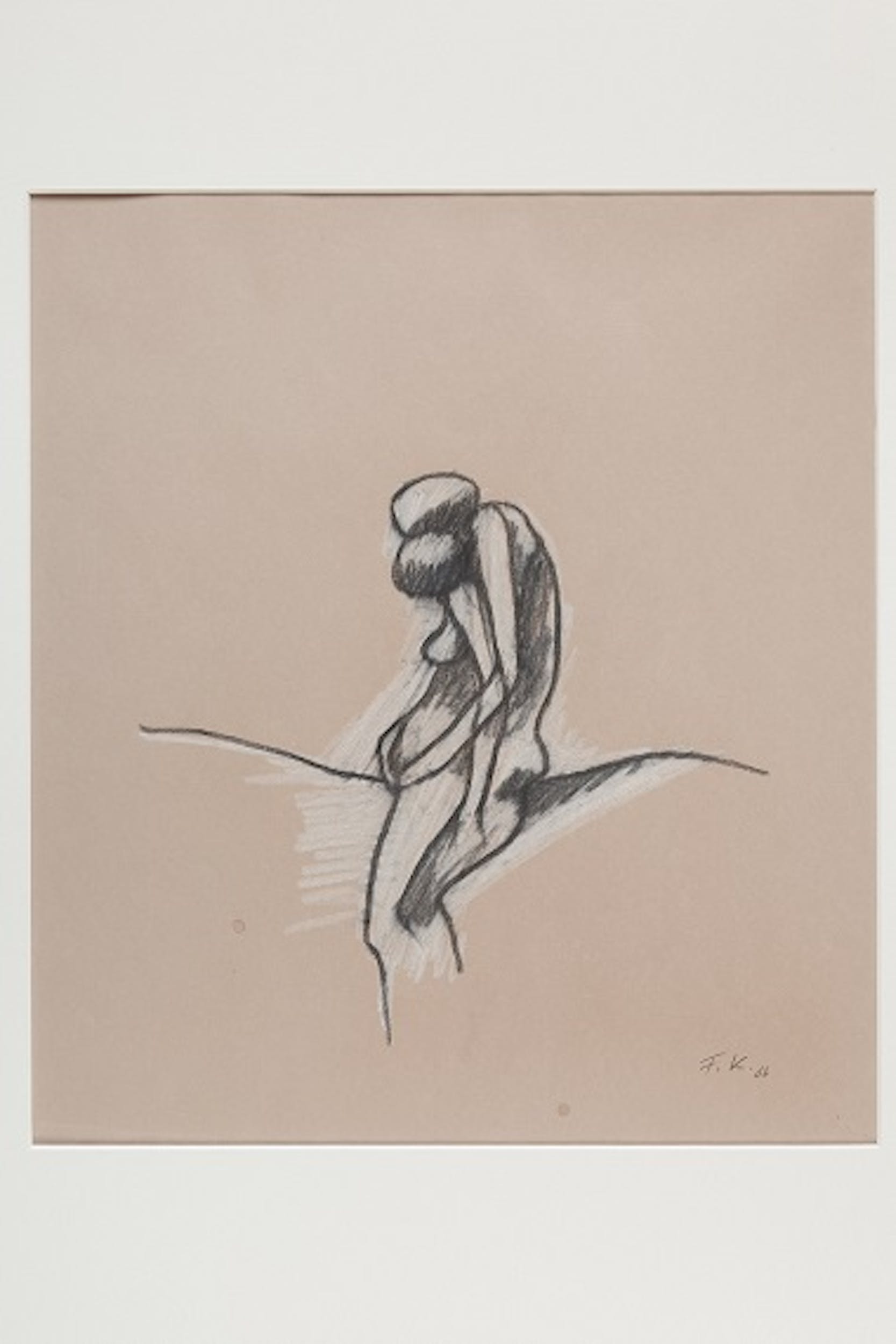 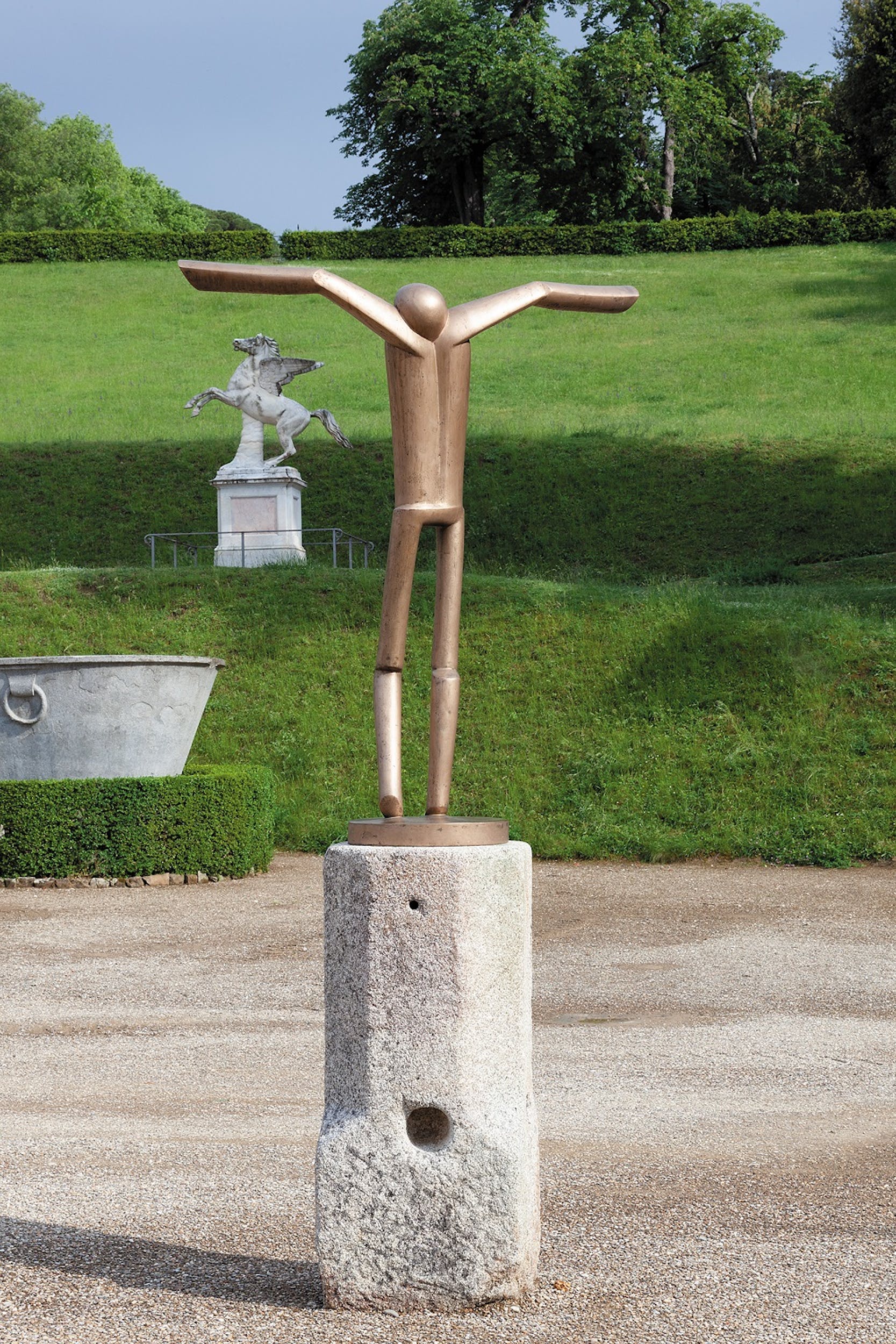 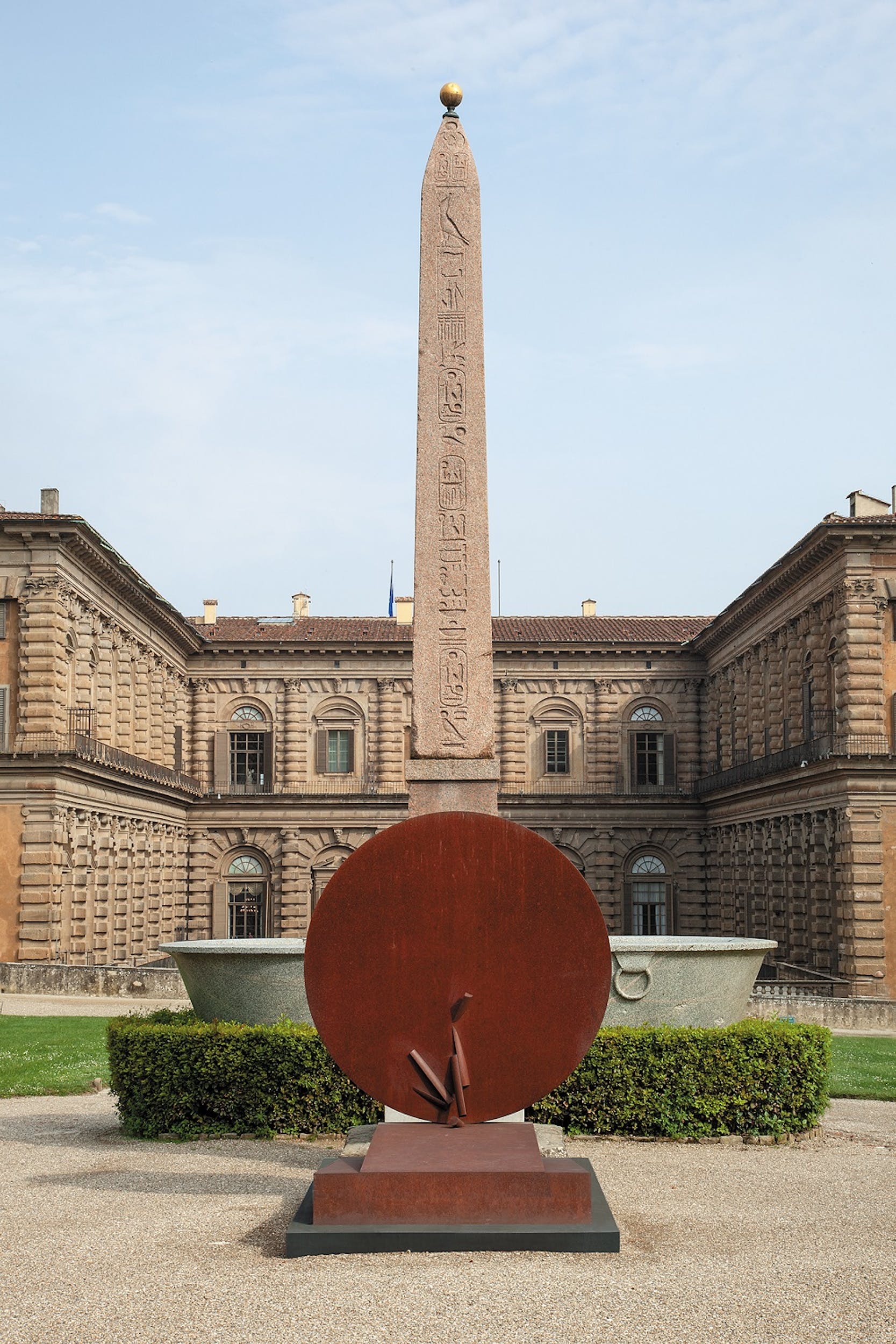